Thermal Underwear Market: Information by Product Type (Tops, Bottoms, and Sets), by Material Type (Cotton, Synthetic, Wool, and Blends), by End User (Men, Women, and Kids), by Distribution Channel (Store-Based and Non-Store Based) and by Region (North America, Europe,Asia-Pacific, Rest of the World)—Forecast till 2028

The thermal underwear market is projected to register a CAGR of 3.61% and reach a value of USD 9.82 million by 2028. Thermal underwear, also known as long underwear, or long johns, is a base layer worn under the outer layers to keep warm. These types of innerwear trap the body heat and do not let it escape. There are different types of thermal underwear available in the market, such as nightwear, sports and leisurewear, leggings, and socks. Thermal underwear is available for men, women, as well as for kids. However, to create a consumer base, manufacturers are offering unisex products. The raw materials used by market players to produce thermal underwear are mainly blends of different fabrics such as cotton-polyester blend fabric or cotton with box weave texture. With high investment in R&D and constant innovations in this industry, market players are launching new varieties of thermals made of polyesters, such as Capilene fabric, 100% wool, or wool-blends.The increasing demand for thermal underwear owing to extreme climatic conditions among consumers is driving the growth of the global thermal underwear market. Moreover, the strong performance of the retail sector in the market is also expected to contribute to its growth.

As a measure to limit the spread of the coronavirus, various governments across the world are restricted the gathering of more than ten people in a closed space, and many manufacturers were ordered to shut down their production facilities. Procurement of the raw materials became a cause of concern for the manufacturers owing to the urgent measures taken across the globe to control the spread of the COVID-19, impacting the logistics. The outbreak of the COVID-19 pandemic and subsequent adoption of lockdown strategies in many countries restricted the availability of labor to carry out the production process. Thus, there were some urgent measures taken by the government of various countries, such as physical distancing and limitation of transportation to fight surge ability. The worldwide lockdown has certainly affected the production of thermal underwear. Following state and regional guidelines, manufacturers have implemented extensive measures to protect the health and safety of their employees. Many global manufacturers have temporarily closed their operations or limited the production capacity of their products. This scenario has also affected the manufacturers financially, and they are strategizing their operations to survive the pandemic with minimal losses.


Due to extreme cold climatic conditions in several regions, there is a high demand for thermal underwear among consumers. In the US, many states are struck by cold storms and harsh snowfalls. To cope with the extremely harsh cold weather conditions, consumers adopt various methods to stay insulated. Warm clothing items such as jackets and sweaters do not suffice the needs of the consumers, and extra layers are required. Consumers have now started using thermal innerwear to retain the body heat and stay protected from frostbite. Thermal innerwear helps in regulating the body temperature and keeps the body warm and dry. In addition, these are bacteriaresistant, lightweight,  protect the body from the outer environment, and do not feel bulky when worn, thus making them perfect for extremely cold temperatures.


Asia-Pacific is the key regional market for thermal underwear globally as it offers excellent growth prospects for players operating in the market. Rapid economic growth, a rising mid-income population, and high migration rates from rural to urban areas have led to an influx of international retailers in Asia-Pacific. This has encouraged the expansion of existing retail outlets in countries such as India and China, driving the growth of the regional thermal underwear market. Strong cross-boundary trades of thermal innerwear have attracted large consumers to the product line due to the easy availability of the desired product. With the strong performance of the retail sector, the sale of thermal innerwear has been experiencing a surge. Consumers prefer thermal innerwear from departmental and specialty stores, mainly due to consumers' convenience based on a one-stop shopping experience. In addition, due to technological advancements, consumers have moved towards a digital lifestyle, leading to increased sales of the product through e-commerce. A wide range of online product offerings has attracted mass consumers' attention due to a one-click shopping experience. All these factors contribute to the growth of the global thermal innerwear market.


The thermal underwear market is moderately fragmented, with a large number of players across the globe. There is stiff competition among the players in terms of design, quality, prices, and supply chain. However, the primaryfactor affecting their growth is the prevalence of the unorganized sector. The sales of the key players are majorly hampered by the local vendors, owing to their easy availability, lower price, and ease of customization. A significantshare of the population is price sensitive, especially in the emerging economies; this makes it difficult for organized brands to establish their dominance over the unorganized sector. This is expected to be a major restraint for the market during the forecast period.


Social media provides a potential opportunity for product launches and branding to bridge the gap between marketers and consumers. The explosion of social media has transformed the business environment, creating new opportunities for the market players. There are continuous blogs on social media websites such as Facebook, Instagram, Twitter, and YouTube that boost thermal underwear sales. Manufacturers use social media to promote their brand and build relationships with customers by offering exclusive advice and offers. There is a continuous rise in social media content dedicated to thermal underwear under extreme cold climatic conditions. Thermal underwear has recently gained popularity due to changing fashion trends and effectiveness in cold and extreme climatic conditions. Product promotions play a very crucial role in attracting consumers toward the product range. Product promotion through popular celebrities results in strong product reorganization among the consumers leading to a positive impact on the sale. In addition, promotion through media channels has also influenced the positive growth in the thermal underwear market share. Increased promotion and spreading fashion awareness about ongoing clothing trends via vitalmeans, including magazines, newspapers, and electronic media, will direct towards solidmarketing of the product and can be seen as a potential opportunity for increased sales. Thus, social media is playing a vital role in the growth of the global thermal underwear market. It is considered an effective interactive strategy as it enables consumers to build a relationship with the brand. Marketing through social media also helps manufacturers to boost the sales of thermal underwear among consumers.

Based on material type, the global thermal underwear market has been segmented into cotton, synthetic, wool, and blends. The blends segment accounted for the largest market share in 2020 and is projected to register the highest CAGR of 3.70% during the forecast period. The synthetic segment capturedthe second-largest market in 2020. 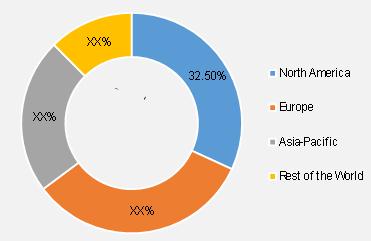 By region, the global thermal underwear market has been divided into North America, Europe, Asia-Pacific, and Rest of the World.North America accounted for the largest market share of 32.50% in 2020, with a market value of USD 2,407.7 million; the market is expected to register a CAGR of 3.52%. Europe was the second-largest market in 2020, valued at USD 2,286.9 million; the market is projected to exhibit a CAGR of 3.59%. However, the market in Asia-Pacific is expected to register the highest CAGR of 3.73% during the forecast period.

Few developments occurred in recent times, influencing the market growth of the thermal underwear market are listed below:

What is the valuation of the thermal underwear market?

thermal underwear market is expected to reach USD 9.82 billion by 2028.

What is the CAGR of the thermal underwear market?

thermal underwear market is expected to exhibit a strong 6.2% CAGR over the forecast period from 2020 to 2027.

What is the major driver for the thermal underwear market?

The growing disposable income of consumers is the major driver for the thermal underwear market.

What is the leading regional thermal underwear market?

North America is the dominant regional market for thermal underwear.

What are the leading players in the thermal underwear market?

Leading players in the thermal underwear market include Komar Brands, Gildan Activewear, and Sub Zero Technology, among others.