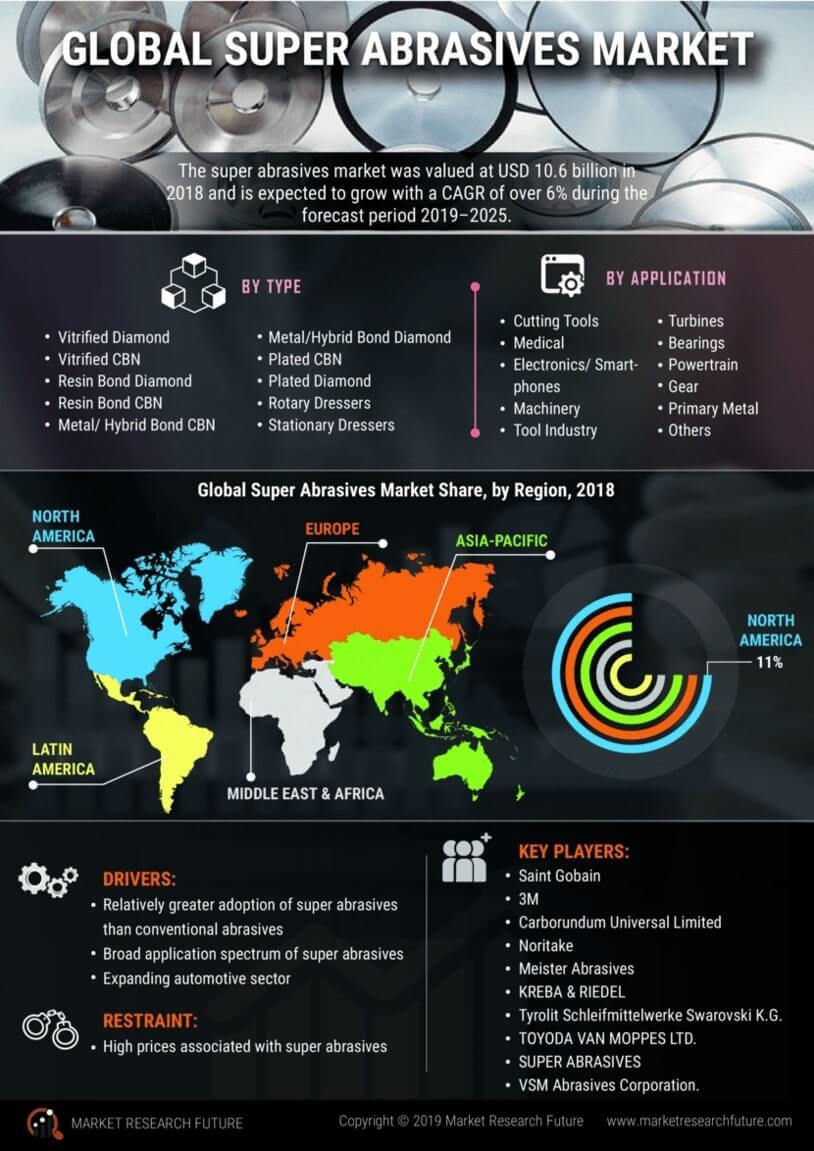 Super Abrasives Market Overview The super abrasives market is estimated to have grown at a CAGR of 6.78 percent to USD 14.45 billion during the forecast 2021-2030. Super abrasives have various applications in the electronics industry. This is because of the type of materials that the super abrasive tools can process. The devices are used to process ceramics, copper and copper alloys, aluminum, resin, semiconductor materials, carbide alloys, and rubber, usually used in electronic component manufacturing. Super abrasive grinding tools are largely used to create PCBs in the electronics industry. Printed Circuit Boards (PCBs) are the critical elements for many electronic devices, like desktop computers and home theater systems, and various others. The demand for precision and machining tools helps in the increasing demand for the production of motor vehicles and construction activities. The product is used to manufacture drilling, sawing, and cutting tools to machine concrete, bricks, and stones in the construction industry.  The product is used as a grinding tool in the manufacturing of automotive components. Like steering mechanism, injection systems, gear shaft, and cam/crankshaft to provide smooth parts finishing. Increasing production of motor and electric vehicles is expected to boost the demand for the product in the market over the coming years. Due to this disparity, small and medium-sized businesses have been challenged to compete in the market. Especially for developing items which require new technologies. They also have a longer product life and less machine downtime, which results in the high initial cost and cheap machining expenses, 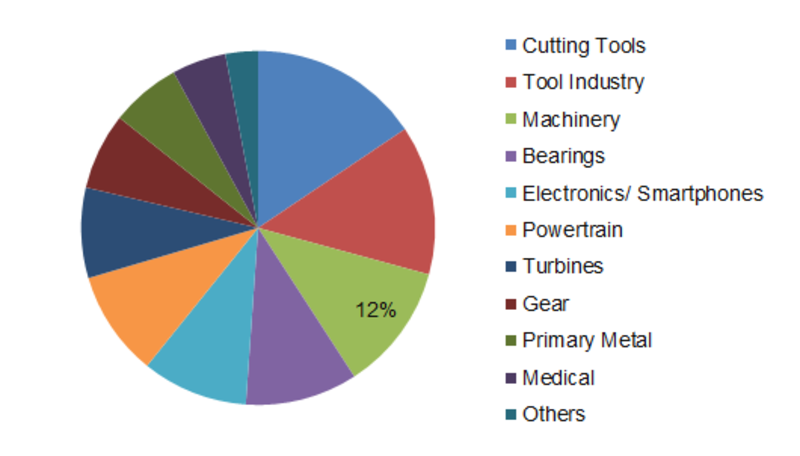 Regionally, the super abrasives market is spanned across five regions namely Asia Pacific, North America, Europe, Latin America, and the Middle East & Africa. Asia Pacific emerged as the leading super abrasives market in 2016, which was majorly driven by the increasing demand for durable and efficient automobiles. Asia Pacific region accounted for 58.40% of the overall value share in 2016 and is expected to grow at a healthy CAGR of 7.51% over the forecast period. The increasing production and sales of automotive and consumer goods in China, Japan, and India is the major driver of the regional market.

On the basis of the application, the market is segmented into cutting tools, tool industry, machinery, electronics/ smartphones, bearings, powertrain, turbines, gear, medical, primary metal, and others. Based on the region, the market is segmented into Asia Pacific, Europe, Latin America, North America, and the Middle East & Africa.Recent Development


An automotive component manufacturer, namely Detroit Speed, entered into a partnership with Saint-Gobain Abrasives to promote its Norton brand. The move is anticipated to help the former increase its consumer base. A business alliance in Europe and Asia has been formed by Asahi and Tyrolit to expand their product portfolio for electronics, bearings, and gearing industries. This move has allowed Asahi Diamond Group to enhance its bearing & gearing industry portfolio.

The report covers brief analysis of geographical region such as:

Super Abrasives Market is expected to reach a valuation of close to USD 14.45 billion by 2030.

Asia Pacific is the leading regional market for super abrasives.

Leading players in the super abrasives market include Saint Gobain, 3M, and Noritake, among others.