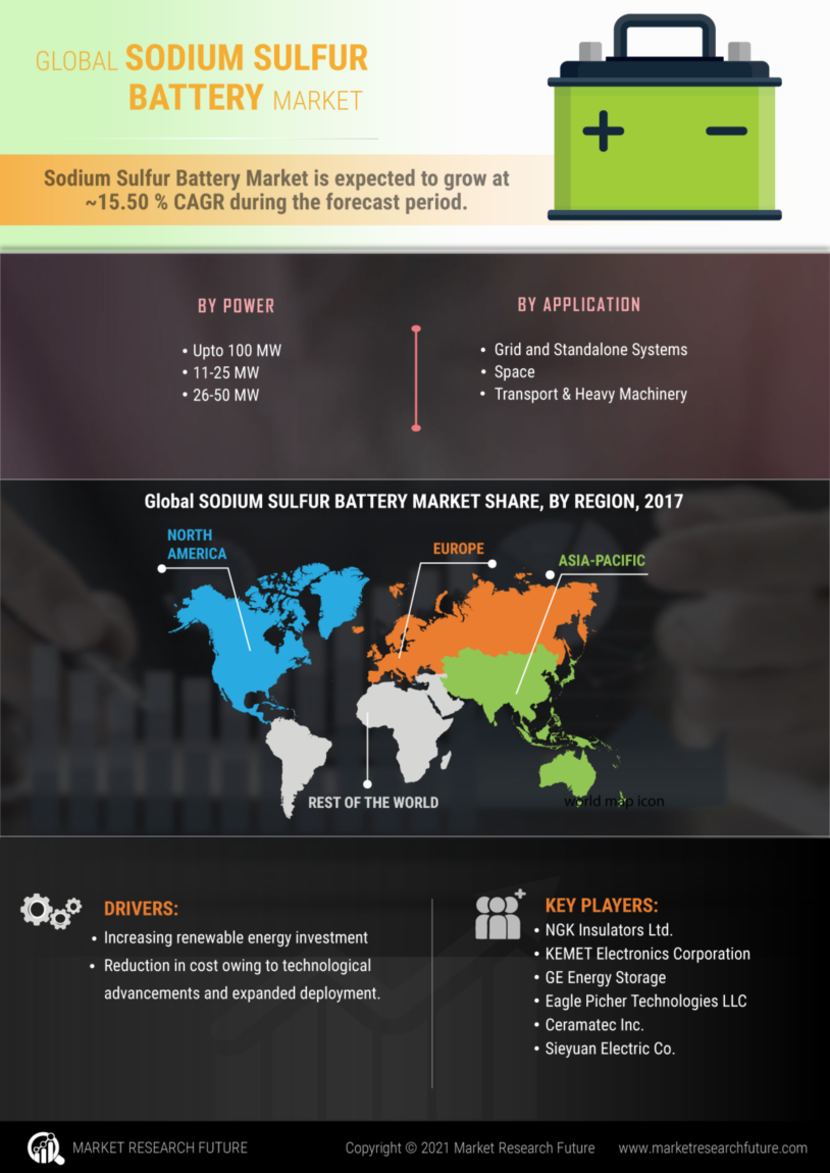 Sodium Sulfur Battery Market is expected to grow at ~15.50 % CAGR during the forecast period.

Increasing renewable energy investment and reduction in cost owing to technological advancements and expanded deployment are some of the major factors driving the sodium sulfur battery market. In order to provide reliable and quick power supply to the households who are not connected to the national grid properly, the electric utilities are trying to connect these households with isolated grids which are standalone and are involved in small scale power generation of 10 kW to 10 MW and are usually deployed in rural areas. Such form of power generation is distribution is becoming popular in Southeast Asian region as the government have been attempting to improve the electrification rates in the Southeast Asian countries. Moreover, the electricity generated is majorly from renewable energy resources such as wind, solar, and hydro, among others. The key component of any isolated grid is the energy storage device. This has ultimately made the battery storage a popular choice among the utilities in the energy storage system. All these factors are likely to drive the sodium sulfur battery market.

Global sodium sulfur battery market has been segmented based on power rating, application, and region. Based on power rating, the market is classified into up to 10 MW, 11-25 MW, 26-50 MW, and above 50 MW. 26-50 MW segment is leading the market as these batteries are increasingly gaining interest from the electric utilities as a grid energy storage solution for renewable energy sources. Moreover, these types of batteries possess a higher current density, longer cycle life, and simplified manufacturing scheme in large scale applications. According to United Nations Industrial Development Organization, the total current installed capacity of sodium sulfur batteries in Europe and North America was 37 MW and 20 MW respectively in 2018. All these factors will drive the market for this particular power rating during the forecast period. 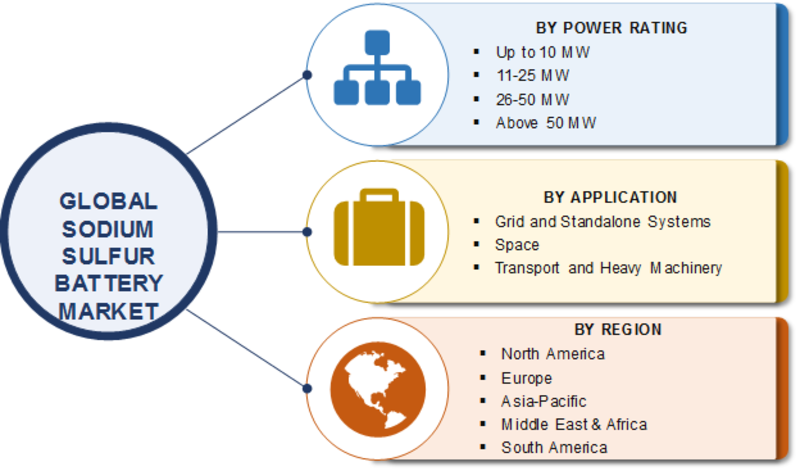 Which players are expected are the peak in the sodium sulfur battery market?

Which regions are accompanying the sodium sulfur battery market in the coming years?

The APAC region is promoting the development of the market extensively in the coming period.

What is the CAGR ability of the sodium sulfur battery market?

A 15.50 % CAGR is predicted to be seen in the market during the forecast period.

What factors are the stimulus for sodium sulfur battery market development in the coming period?

The rise in rural electrification projects is estimated to power the market in the upcoming period.

What are the factors that may delay sodium sulfur battery market expansion?

Lack of proper safety protocols to handle sodium sulfur is expected to restrict eh market in the upcoming period.