Sodium Amide Market Research: Information By Application (Dyes, Catalyst, Dehydrating Agent And Others) And By End Use Industry (Textile, Pharmaceuticals, Agrochemicals And Others) – Forecast Till 2030 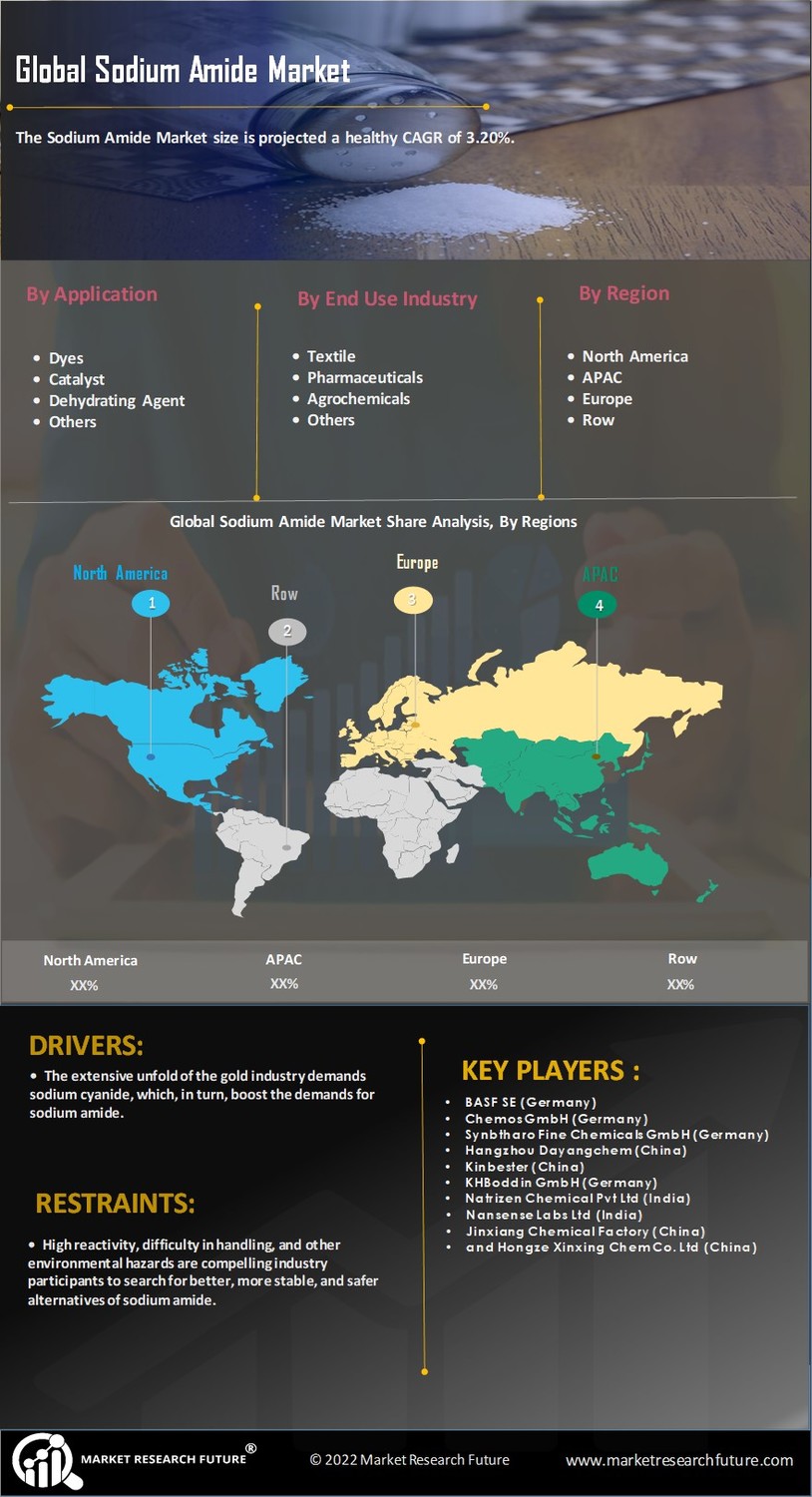 Sodium amide or sodamide is a highly reactive inorganic solid compound. Sodium amide is a strong base and hence an excellent nucleophile. It is mainly used in organic synthesis, preparation of dyes, and other organic compounds. It is also used for deprotonating of alkynes, alcohols, weak acids, esters, and ketones. Sodium amide reacts aggressively with water and results in explosive compounds when expose to air. Therefore, it is store in an inert ambiance of nitrogen or argon. Sodium amide is used as a catalyst in the synthesis of sodium cyanide and hydrazine. Indigo dye is majorly manufactured using this compound. The rising demand for indigo dye in the textile industry specifically in developing economies such as China and India is expected to drive the sodium amide market growth. Widening application scope in the textile industry such as coloring is slated to further bolster its consumption over the forecast period.

Sodium amide is used in the synthesis of sodium cyanide, which is one of the important reagents in the extraction of gold from its ore. The extensive unfold of the gold industry demands sodium cyanide, which, in turn, boost the demands for sodium amide. Sodium amide is also used in the synthesis of hydrazine. Hydrazine is used as a part of rocket fuel in space exploration. The technological advances in space studies and aeronautics increases the demands for sodium amide, giving it high market value. It is a precursor to the production of pharmaceuticals and is also a key ingredient in pesticides and insecticides.

The growing industrialization and urbanization is expected to propel the sodium amide market growth over the forecast period. Rising health issues due to geriatric population in countries such as Japan and the U.S. is driving the demand for sodium amide. It’s find use as a precursor in medicines. The growth of pharmaceutical industry coupled with the emergence of advanced healthcare facilities in emerging economies is set to uplift industry growth. However, factor such as high reactivity, difficulty in handling and environmental hazards may hinder market growth and challenge industry participants. 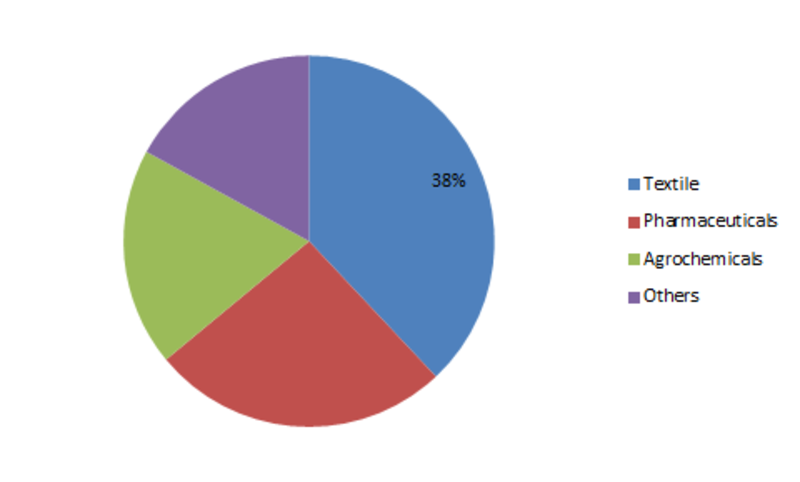 What is the forecast period of Sodium Amide Market research report?

The forecast period for Sodium Amide Market research report is 2020-2030.

Which region will lead the global Sodium Amide Market?

What are the key factors driving the Sodium Amide Market?

The growing population plays a key factor in the rising demands for textiles, resulting in the growth of the sodium amide market.

Who are the key players in the Sodium Amide Market?

Sodium Amide Market: Growing Demand From The Textiles And Pharmaceuticals Industries Is Projected...