Rum Market Research Report: Information by Type (White and Dark), Category (Standard and Overproof), Distribution Channel (Hypermarkets and Supermarkets, Specialty Stores and others) and Region (North America, Europe, Asia-Pacific and Rest of the World) - Forecast till 2030 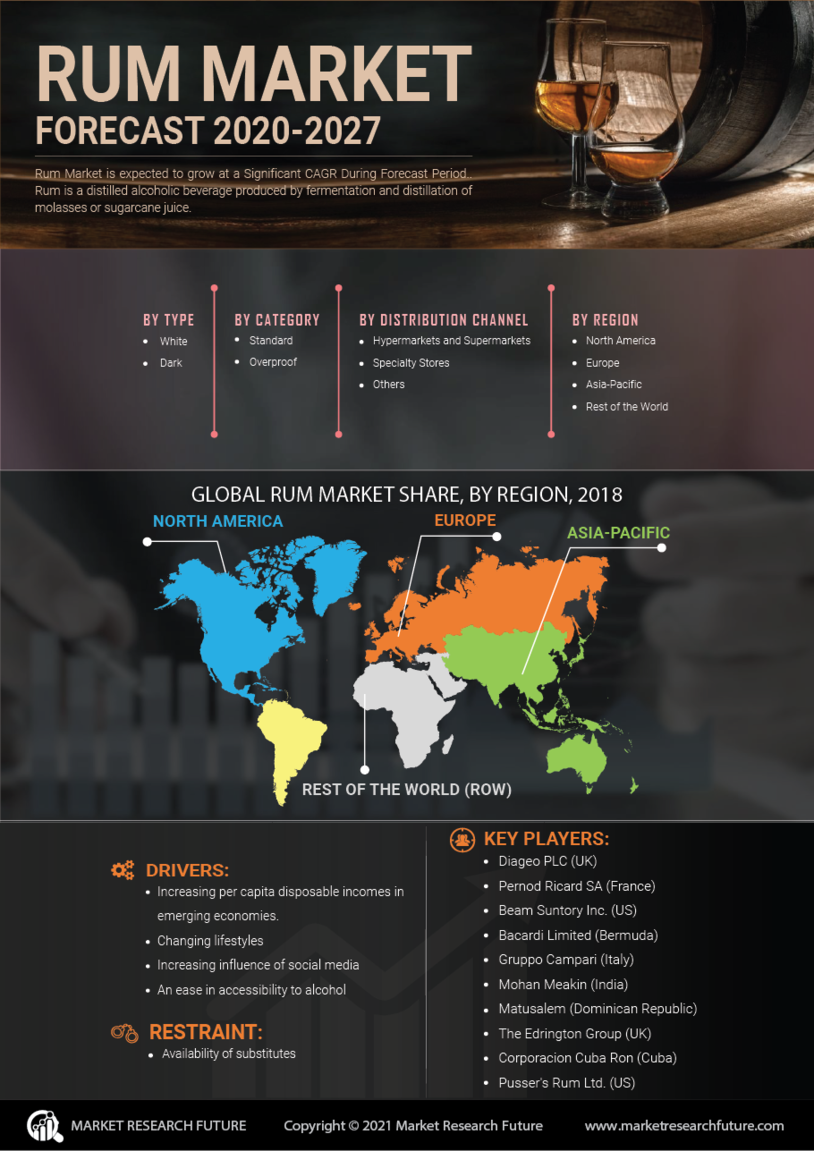 Rum Market is expected to grow at a CAGR of 6.4% during the forecast period, says market research future (MRFR). In recent years, manufacturers have introduced rum beverages with a variety of flavors and aromas. The majority of makers are focused on producing rums with sweet, buttery caramel, tropical fruit, and vanilla flavors that finish with smokey licorice and molasses. This is due to developments in manufacturing technology. Additionally, innovations in advertising have a significant impact on alcoholic beverages customers. Manufacturers are concentrating their efforts on agreements with prominent celebrities to promote their brands and increase sales and brand recognition, which further boosts the global rum market's growth.

Millennials are the primary consumers of rum worldwide, as rum is a relatively inexpensive liquor in comparison to other drinks. This makes it ideal for this age group, which is looking for affordable premium beverages with the desired alcohol concentration. Additionally, millennials have a reasonable level of spending power and are more likely to spend on alcohol than on other consumer categories. Millennials' strong affinity for rum over other alcoholic beverages is one of the factors driving the global rum market's growth.

The rum industry has been segmented based on type, category, distribution channel, and region.

By type, the global rum industry has been bifurcated into white and dark.

Based on category, the global rum industry has been classified as standard and overproof.

As per distribution channel, the global rum industry has been divided into hypermarkets and supermarkets, specialty stores, and others.

The global rum industry has been studied with regards to four key regions—North America, Europe, Asia-Pacific, and the rest of the world. 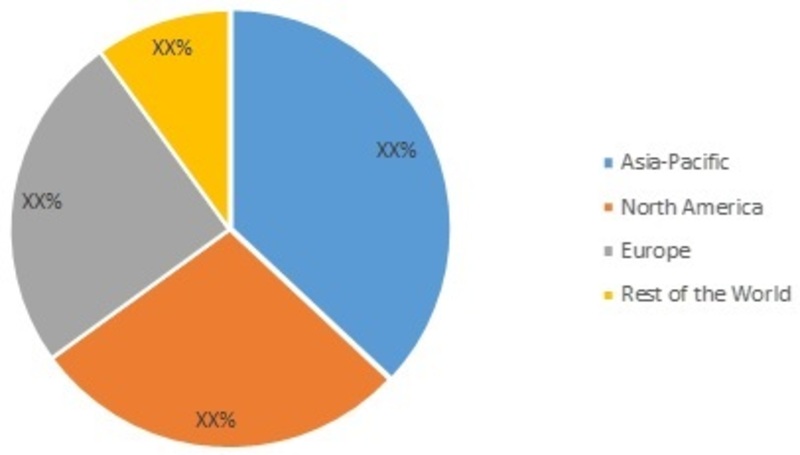 How big will the Rum industry be in the future?

What is the growth rate of the Rum Market during the forecast period of 2022–2030?

Who are the dominant key players in the Rum Market?