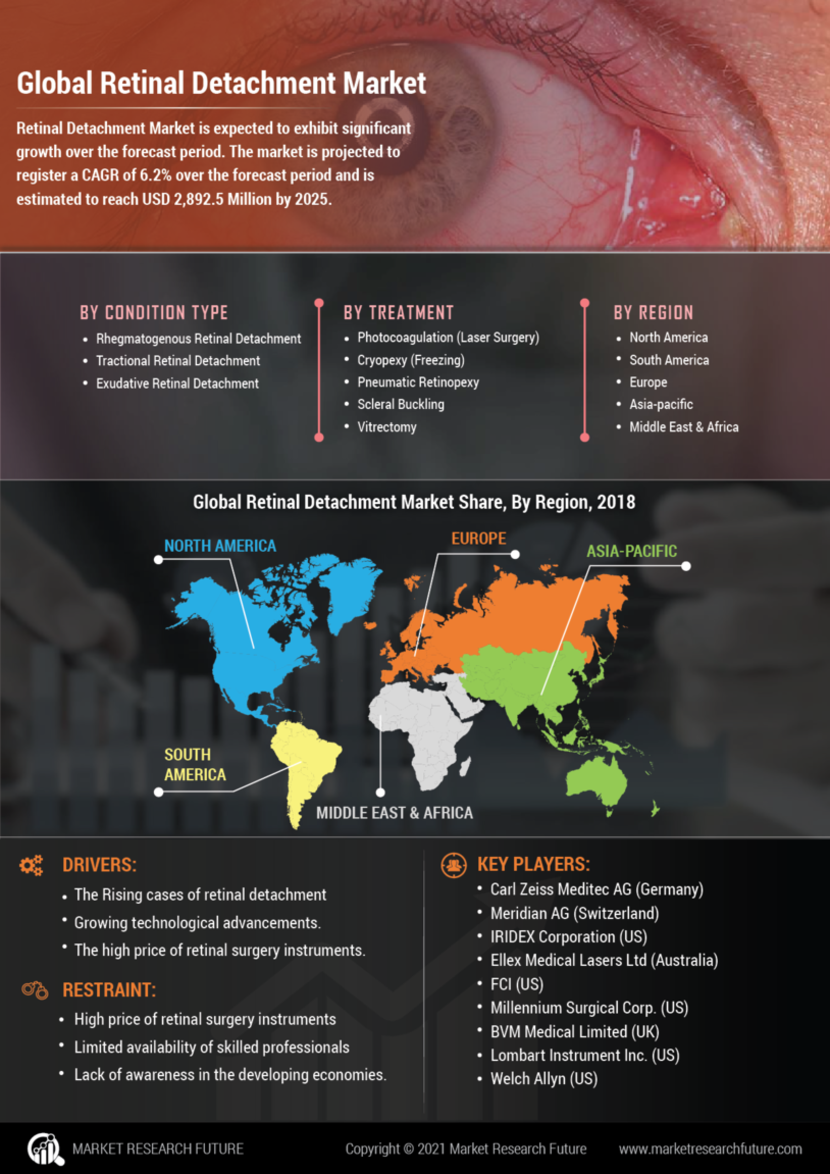 Retinal detachment is a critical situation of the eye wherein a thin layer of tissue (the retina) at the back of the eye pulls away from its normal position. This condition separates the retinal cells from the layer of blood vessels that provides oxygen and nourishment to the eyes.

However, the high price of retinal surgery instruments, limited availability of skilled professionals, and lack of awareness in the developing economies are expected to hamper the market growth.

The Retinal Detachment Market has been segmented into Condition Type, Treatment, End User, and Region.

The retinal detachment market, by end-user, has been segmented into hospitals & clinics, specialty centers, and others.

The retinal detachment market in Asia-Pacific has been segmented into Japan, China, India, South Korea, Australia, and the rest of Asia-Pacific. 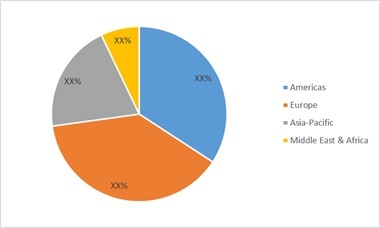 Geographically, the market has been segmented into the Americas, Europe, Asia-Pacific, and the Middle East & Africa. The market in the Americas is anticipated to dominate the retinal detachment market owing to the increasing patient population suffering from retinal detachment and growing awareness regarding the condition in the region.

Europe is expected to hold the second-largest position in the retinal detachment market owing to the increasing geriatric population and the well-developed infrastructure.

Asia-Pacific is expected to be the fastest-growing regional market owing to the rising patient population suffering from retinal detachment and an increasing number of eye surgeries.

The retinal detachment market in the Middle East & Africa is expected to hold the least market share owing to the poor healthcare infrastructure.