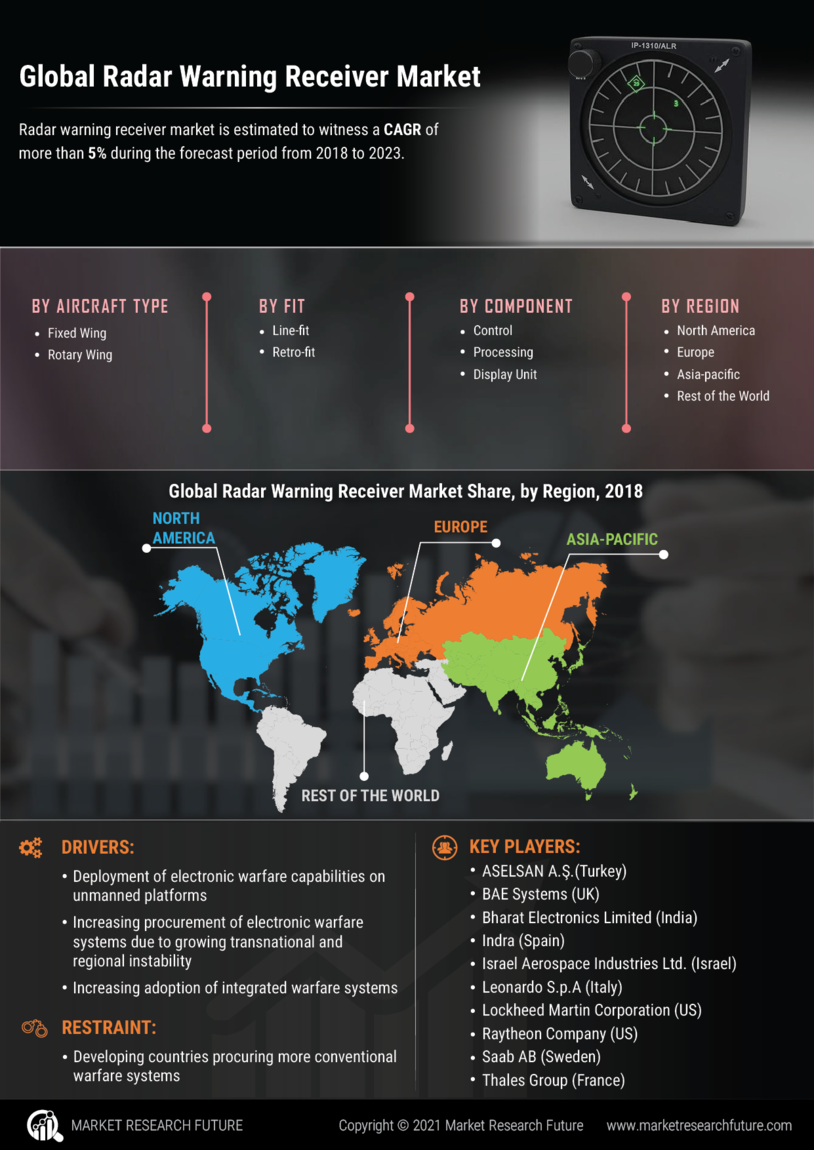 Radar Warning Receiver (RWR) systems sense the radio emissions of radar systems. Their primary application is to issue a warning when a radar signal is detected as a threat (such as, a police speed detection radar or a fighter jet's fire control radar). The warning is then transmitted, manually or automatically, to evade the detected threat. RWR systems can be installed in all kind of airborne, ground-based, and sea-based vehicles.

North America dominated the radar warning receiver market in 2017, due to the increased application of RWR in military, homeland security, and commercial operations. The region leads the global market in terms of expenditure and technological advancements and has a large number of RWR systems. The US generates a very high demand for radar systems used for defense purposes. The market is primarily dominated by the US, which is also the largest manufacturer of RWR systems, globally. Canada made some considerable investments in the development of RWR market. Europe is one of the dominating players in the market of RWR market. Countries, such as the UK, France, and Germany are the major contributors to the market growth due to the presence of key manufacturers. Asia-Pacific is expected to emerge as the fastest growing region during the forecast period. Manufacturers are adopting a cost-effective technology in the manufacturing process. The growing adoption of radar warning receiver in countries such as China, Japan, and India are expected to contribute to the growth of the regional market. Therefore, the radar warning receiver market is estimated to witness a CAGR of more than 5% during the forecast period from 2018 to 2023. 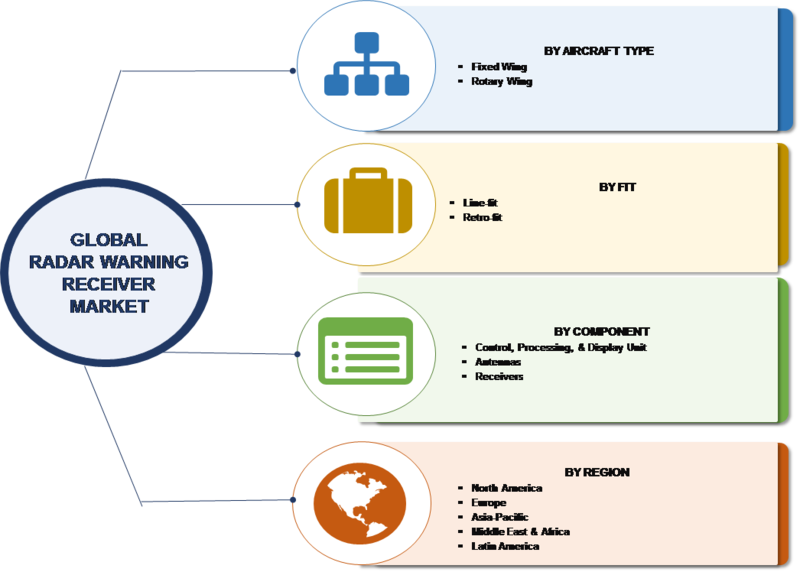 The report on the Global Radar Warning Receiver market by Market Research Future covers extensive primary research. This is accompanied by a detailed analysis of the qualitative and quantitative aspects by various industry experts and key opinion leaders to gain deeper insights into the market and industry performance. The report gives a clear picture of the current market scenario, which includes the historical and forecast market size, in terms of value and volume, and the technological, macroeconomic, and governing factors of the market. The report provides comprehensive information about the strategies of the top companies in the industry, along with a broad study of the different market segments and regions.

Over the Horizon Radar Market Report - Global Industry Forecast To 2027