Pyridine Market Information- By Type {(Alpha Picoline, Beta Picoline, Gamma Picoline, 2-Methyl-5-Ethylpyridine (Mep), And Others)}, End Use (Pharmaceutical, Agrochemical, Food & Beverage, Chemicals, And Others) And By Region- Forecast Till 2030 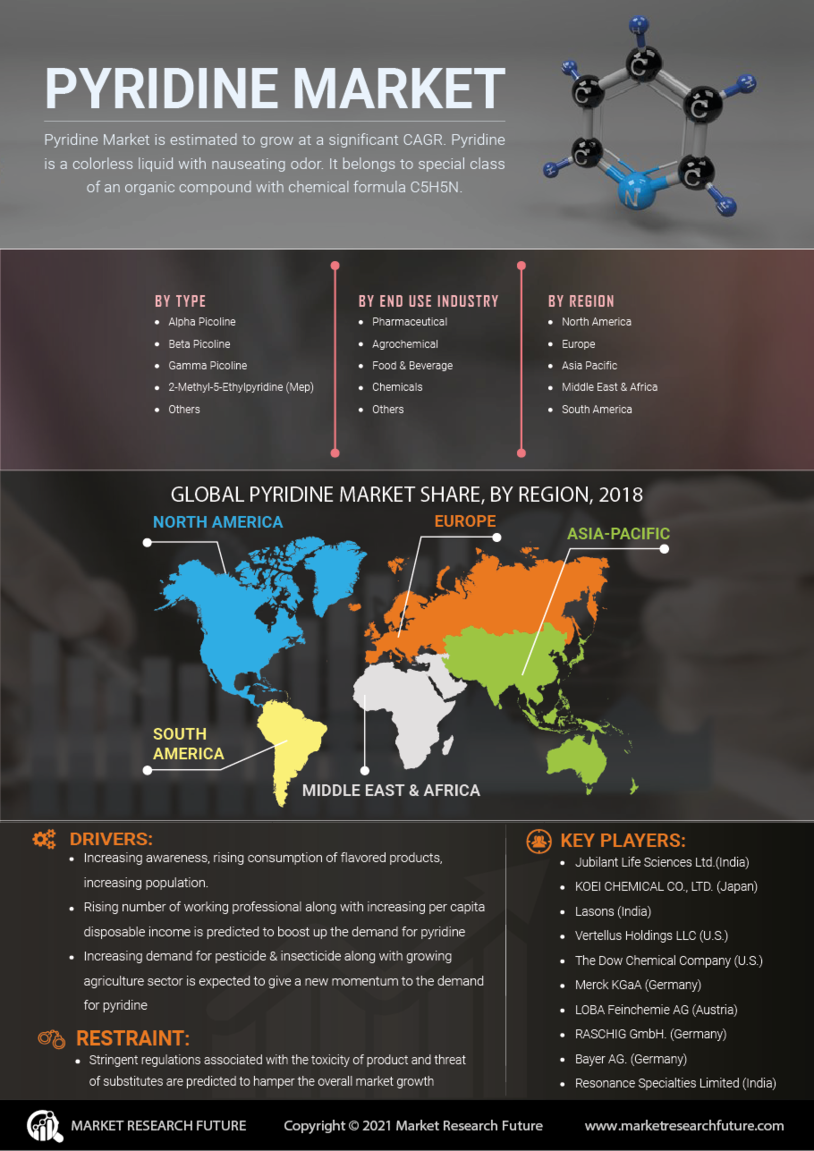 Asia Pacific is expected to grow at the highest CAGR of 4.50% during the assessment period, (2020 to 2030). During the forecast period, the pyridine market growth rate will remain the highest. C5H5N is a chemical formula and organic compound. Heterocyclic is an organic chemical that has similar properties to Benzene. Instead of a nitrogen atom, this chemical contains the Methine group. There are several important ingredients in Pyridine. Vitamins, niacin, azines and pyridoxine are some of the important compounds in this. The demand for this chemical is rising in the pharmaceutical market. In this industry, it can act as an antifreeze element. 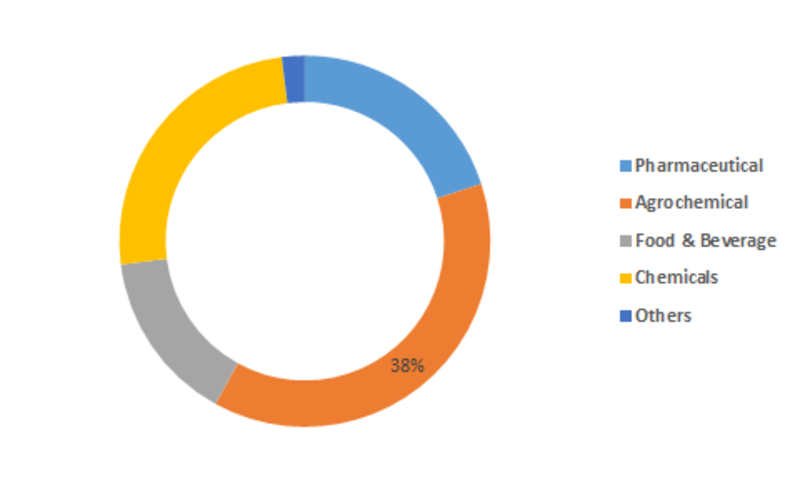 The global pyridine market is spanned across five regions, Asia Pacific, Europe, Latin America, North America, and the Middle East & Africa. Among these, Asia Pacific is expected to grow at the highest CAGR during the assessment period, (2017 to 2023) owing to the expansion of various end use industries such as agriculture, food & beverage, and chemical industry among others. The demand for pyridine is expected to surge in various countries of Asia Pacific such as Bangladesh, China, Japan, India, South Korea, Vietnam, and Malaysia due to the rising consumer base as well as favorable government regulations. Moreover, growing purchasing power, availability of inexpensive raw material, labor & land, and soberly stringent regulatory framework are some of the prominent factors for the regional growth of pyridine market during the review period.

Asia Pacific has emerged as the largest market for pyridine followed by Europe and North America. Europe is predicted to witness a substantial growth in pyridine market on account of strong consumer base for numerous end use industries along with the increasing investments to revitalize food & beverage sector over the forecast period. European countries such as the U.K, France, Germany, Russia, Spain, and Italy have emerged as the major contributors in the regional pyridine market growth and is predicted to continue their dominance over the forecast period due to wide utilization of pyridine in chemicals and pharmaceuticals sector. North America market is expected to witness a steady growth due to increased demand from building & construction. The U.S and Canada are among the major contributors in the regional market growth on account of strong growth in pharmaceutical sector. Latin American countries such as Argentina, Mexico, Brazil, Colombia, and Guatemala are also expected to witness moderate growth on account of increasing consumer spending on food products along with the presence of luxury brands associated with food & beverage products. The Middle East & Africa is expected to witness an above average growth over the forecast period 2017-2023. Kuwait, Iran, Qatar, Oman, Saudi Arabia, and the United Arab Emirates (UAE) are among the major contributors in the regional market growth and is predicted to positively influence the industrial growth over the forecast period.

Trineso is acquiring the shares of Synthomer PLC. This is a vinyl Pyridine latex business that produces chemicals such as Pyridine. Through this partnership, the companies will strengthen their portfolio. Also, the product line of these companies will improve due to this. The product of the company will have mire supply in many regions.

Growing demand from the pharmaceutical and agrochemical industries is the major driver for the pyridine market.

Leading players in the market include Jubilant Life Sciences, Dow, and Bayer AG, among others.

What are the leading applications of pyridine?

Major applications of pyridine are in the electronics, dyes, building and construction, paints and coatings, and rubber industries.