Propylene Glycol Alginate Market size is expected to reach nearly US$ 18.96 Bn by 2030 with a CAGR of 3.8% during the forecast period (2021-2030). Alginic acid is a naturally occurring polymer produced by bacteria and other microorganisms. It's commonly found in pharmaceuticals, foods, and cosmetics. Being a colorless, clear liquid that is miscible with water and organic solvents, it is widely used in jams, jellies, ice creams, salad dressings, dairy products, and processed foods. With an increase in the use of thickeners and sizing agents in the food and beverage industry, the market for propylene glycol alginate is expected to expand rapidly.

Propylene glycol serves as a solvent, preservative, emulsifier, and coolant, among others. It is also used to make binders, fragrance enhancers, and moisture-retaining agents. The surge in pharmaceutical, cosmetic, and personal care industries in top market regions such as North America has increased demand for propylene glycol in the region. However, agriculturally dependent economies in the Asia Pacific market, including India, China, and Indonesia, have increased the use of propylene glycol as a defoaming agent in pesticides. 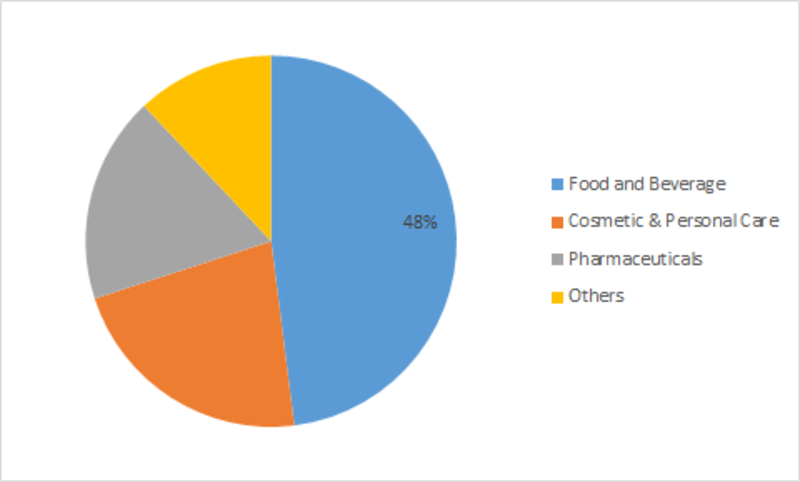 The propylene glycol alginate market is segmented across five regions: Europe, Asia Pacific, North America, Latin America, and the Middle East & Africa. Among these, North America was the leading region in 2016, and is expected to retain its dominance during the forecast period. The growing working population in the region has augmented the demand for processed food & beverages, which, in turn, is expected to boom the growth of the market in this region. Moreover, the developed pharmaceutical and cosmetic & personal care industry in the region is anticipated to further surged the demand for propylene glycol in the region.  Propylene glycol alginate is extensively used as thickeners, binders, fragrance enhancers and moisture retaining agents in the cosmetic & personal care industry. Asia Pacific is anticipated to be the fastest growing market during the forecast period.  The growing population has surged the growth of the food and beverage industry, which, in turn, is a major boost to the market growth. Moreover, the presence of agricultural dependent economies such as India, China, and Indonesia among others has augmented the use of herbicides, pesticides, and fungicides, hence surging the demand for propylene glycol alginate as defoaming agents in the Asia Pacific market. The European market is anticipated to show a moderate CAGR during the forecast period . The developed cosmetic and personal care industry is anticipated to drive the market during the forecast period.  Moreover, the growing consumption of processed food and beverages is also acting as a catalyst in the growth of the market.  Furthermore, the growing consumption of beer in countries such as Germany, Austria, Chech Republic is expected to fuel the demand for propylene glycol alginate in the region. Propylene glycol alginate is extensively used as a stabilizers to stabilize and prevent foam breakdown in breweries.

For the first time in India, Kikkoman Corporation, a leading producer of brewing soy sauce, announced the debut of Kikkoman Oyster Flavored Sauce, which is 100 percent vegetarian and acceptable for both vegetarians and non-vegetarians. This new sauce is the culmination of two years of intense development, with the goal of bringing a new purpose-designed product to the Indian market. Kikkoman is solely responsible for importing all Kikkoman products and overseeing all manufacturing, marketing, and distribution in the country.

Dimodan NG 100, an emulsifier advertised as a "next-generation" substitute for hydrated monoglycerides as a dough conditioner and crumb strengthener in a variety of applications, was introduced by DowDuPont Nutrition & Biosciences, a business unit of DowDuPont Specialty Products Division. Baking producers can achieve identical product yields with a lesser ingredient amount when they use this new monoglyceride powder instead of hydrated pastes, resulting in significant cost savings and increased sustainability.

What is propylene glycol alginate?

Propylene glycol alginate is an ester of alginic acid and is abundantly found in the cell walls of brown algae in the form of a viscous gum.

What are the leading applications of propylene glycol alginate?

Leading application segments of the market include food and beverage, cosmetics and personal care products, pharmaceuticals, and others.

The growing demand for stabilizers, thickening agents, and emulsifiers from the food and beverage industry is the major driver for the global market.

North America held the dominant share in the propylene glycol alginate market in 2016.

Leading players in the market include Kikkoman Corporation, Fuji Kasei, and KIMICA Corporation, among others.