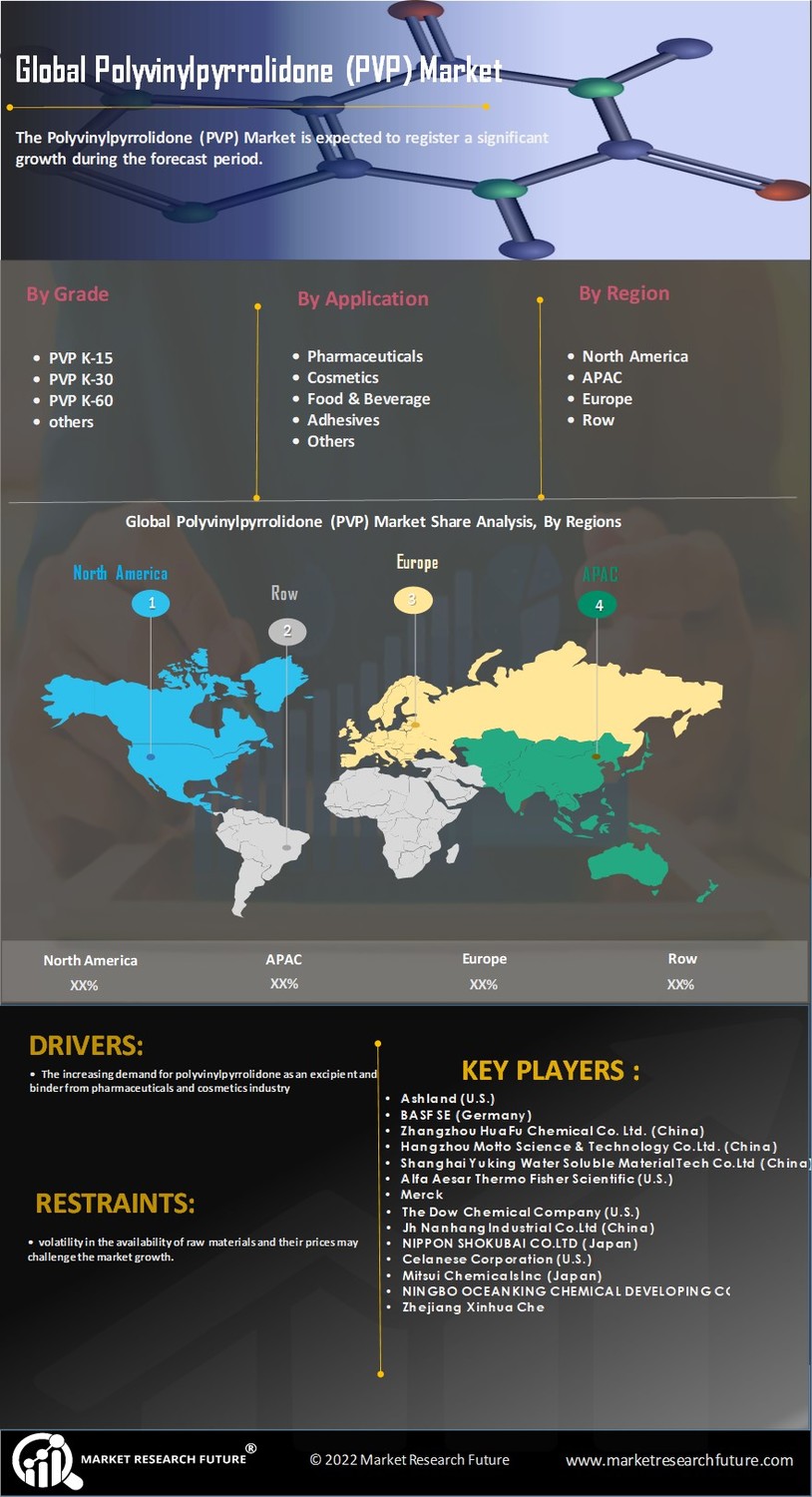 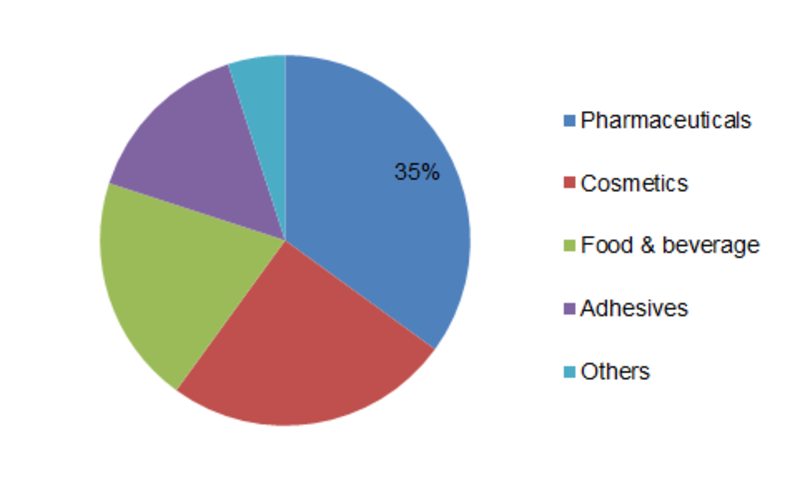 Market Synopsis: Polyvinylpyrrolidone (PVP), also known as polyvidone or povidone, is a polymer derived from N-vinylpyrrolidone monomer. PVP is available in liquid or solid state under different forms such as powder, aqueous, and organic solutions.  It is soluble in water and other polar solvents and offers excellent film forming, anti-microbial, moisture holding, and non-allergic properties.

Furthermore, the increasing adoption of polyvinylpyrrolidone in various applications such as water treatment, membrane distillation, gas separation, pollutants removal, and bioethanol recovery to block the polyvinylidene difluoride (PVDF) membrane and to avoid nonspecific binding is likely to boost the market growth. Increasing demand for the product for manufacturing adhesives is projected to contribute to the bolstering market growth during the review period. It is also used in paints & coatings, detergents, printing inks, and photography which may aid the market growth. However, the volatility in the availability of raw materials and their prices may challenge the market growth. The use of hyaluronate in place of polyvinylpyrrolidone in skin care and Intracytoplasmic Sperm Injection is likely to restrain the market growth. Some of the trends noted among major players in the global polyvinylpyrrolidone market are expansions and mergers. For instance, in January 2015, BASF SE invested around USD 65 million for the expansion of their production by 6000 tons to improve its PVP manufacturing facilities in the U.S. and Germany. Additionally, the company plans to add a PVP production facility at their Shanghai facility to expand its business in Asia Pacific region.

The global polyvinylpyrrolidone market is segmented by grade and application.

The global polyvinylpyrrolidone market is segmented on the basis of application as pharmaceuticals, cosmetics, food & beverage, adhesives, and others.  Recent Development


BASF SE invested roughly USD 65 million in January 2015 to increase production by 6000 tonnes and modernize its PVP manufacturing facilities in the United States and Germany. To develop its operations in the Asia Pacific region, the company also wants to build a PVP production plant in its Shanghai location. The polyvinylpyrrolidone market is highly fragmented, with important companies controlling only a small portion of it as Ashland, for example, is a major player in the market that has modernized its PVP manufacturing facilities and also led to the growth of the PVP market size.

Polyvinylpyrrolidone (PVP), also known as polyvidone or povidone, is a polymer derived from N-vinylpyrrolidone monomer. PVP is available in liquid or solid state under different forms such as powder, aqueous, and organic solutions.

What are the major grades of PVP?

The increasing demand for stabilizers and binders in the cosmetics and food and beverage industries is the major driver for the PVP market.

North America is the leading regional market for PVP.

Leading players in the PVP market include Ashland, BASF, and Thermo Fisher Scientific, among others.

Growing demand for Polyvinylpyrrolidone from pharmaceuticals &amp; cosmetics industry is set to l...