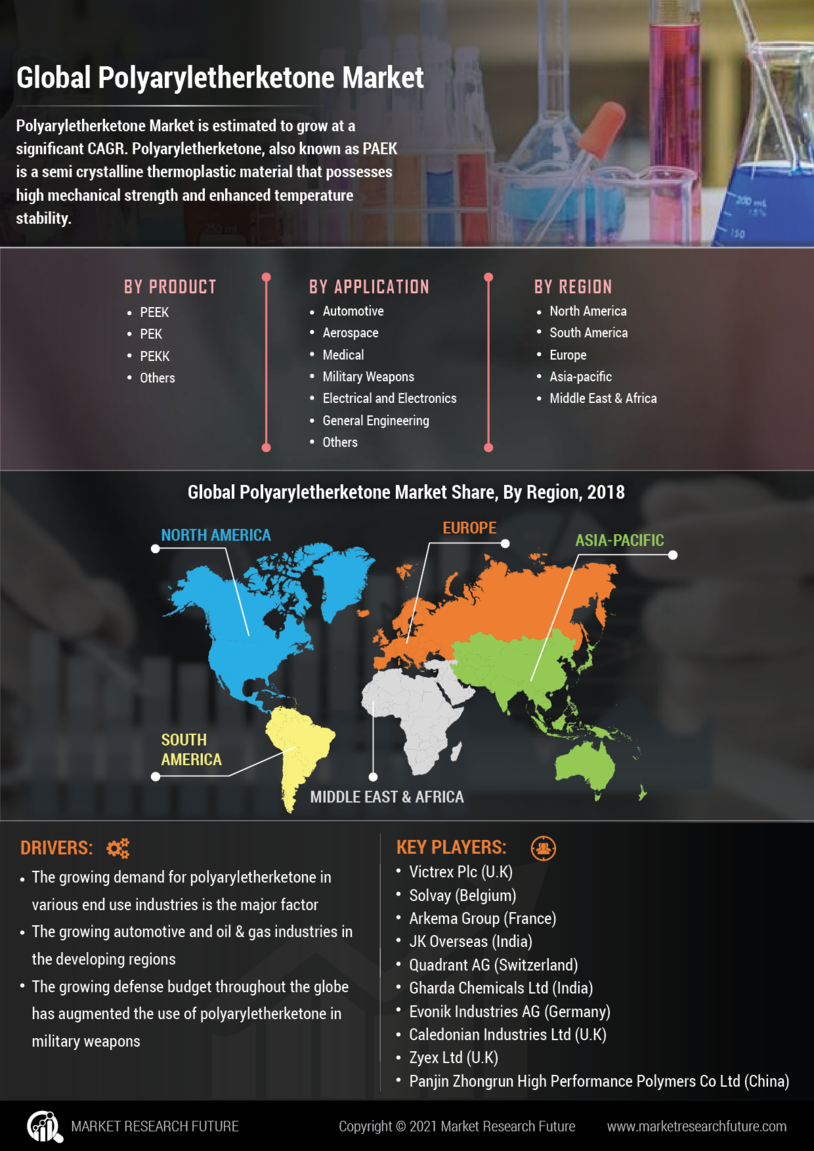 Asia Pacific holds a major share of the market and is expected to be the fastest growing region with an 3.80% CAGR.Polyaryletherketone, also known as PAEK is a semi crystalline thermoplastic material that possesses high mechanical strength and enhanced temperature stability. Polyaryletherketone are mainly produced by two processes– nucleophilic and electrophilic. PAEK can be processed through all types of thermoplastic processes such as extrusion, injection molding, transfer molding, and compression molding. Polyaryletherketone are extensively used in various applications owing to their excellent properties such as chemical and corrosion resistance, high temperature resistance, low toxic emissions and high mechanical strength among others. It is used in seals, valve parts, gears, compressor rings, bearings, wire coatings and other drilling components. The low heat output also enables the use of polyaryletherketone in the aviation applications. Moreover, it is widely used in medical devices owing to its excellent resistance to hydrolysis.

Among the various application segments in polyaryletherketone market, automobile is leading and is anticipated to continue its dominance over the forecast period. Properties such as thermal & mechanical stability and high tensile strength makes them suitable for their use in automobiles. Polyaryletherketone are extensively used in rotor arms, alternator covers, shock absorbers, seals & thrust washers among others. The replacement of metals with polyaryletherketone helps in reduction of weight which in turn enhances the fuel efficiency of automobiles. 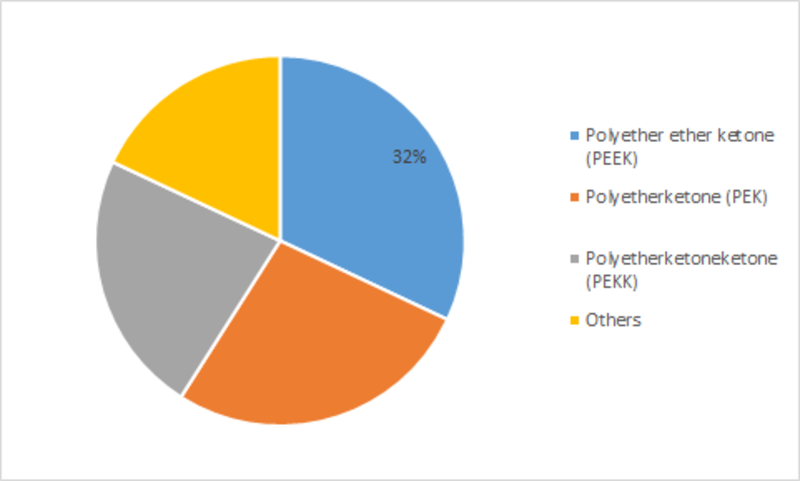 North America is a dominant region in the global market, exhibiting an expanding CAGR. The presence of three big automobile companies namely General Motors, Ford, and Fiat Chrysler have further augmented the overall demand for polyaryletherketone from the automobile industry. Furthermore, developed end user industries such as electrical & electronics and pharmaceutical, coupled with the increasing adoption rate are other factors are adding to the growth of the market. The overall growth of this market is attributed to the presence of countries like the U.S. and Canada.

The European region is a lucrative market and is mainly driven by a well-developed automobile and electrical & electronic industry. Additionally, the growing application of polyaryletherketone in the phramaceuticals and medical devices such as implant borne and prosthetic frame has further augmented the growth of the market. Moreover, the increasing defence investment in the European region is futher expected to add to the market growth.

Major product types in the polyaryletherketone market include PEEK, PEK, PEKK, and others.

What are the major applications of polyaryletherketone?

Growing demand from the automotive industry is the major driver for the PAEK market.

Asia Pacific is the dominant regional market for PAEK, followed by North America.

Leading players in the market include Victrex, Solvay, and Arkema, among others.

Polyaryletherketone Market in the automobile sector is estimated to drive the market growth durin...