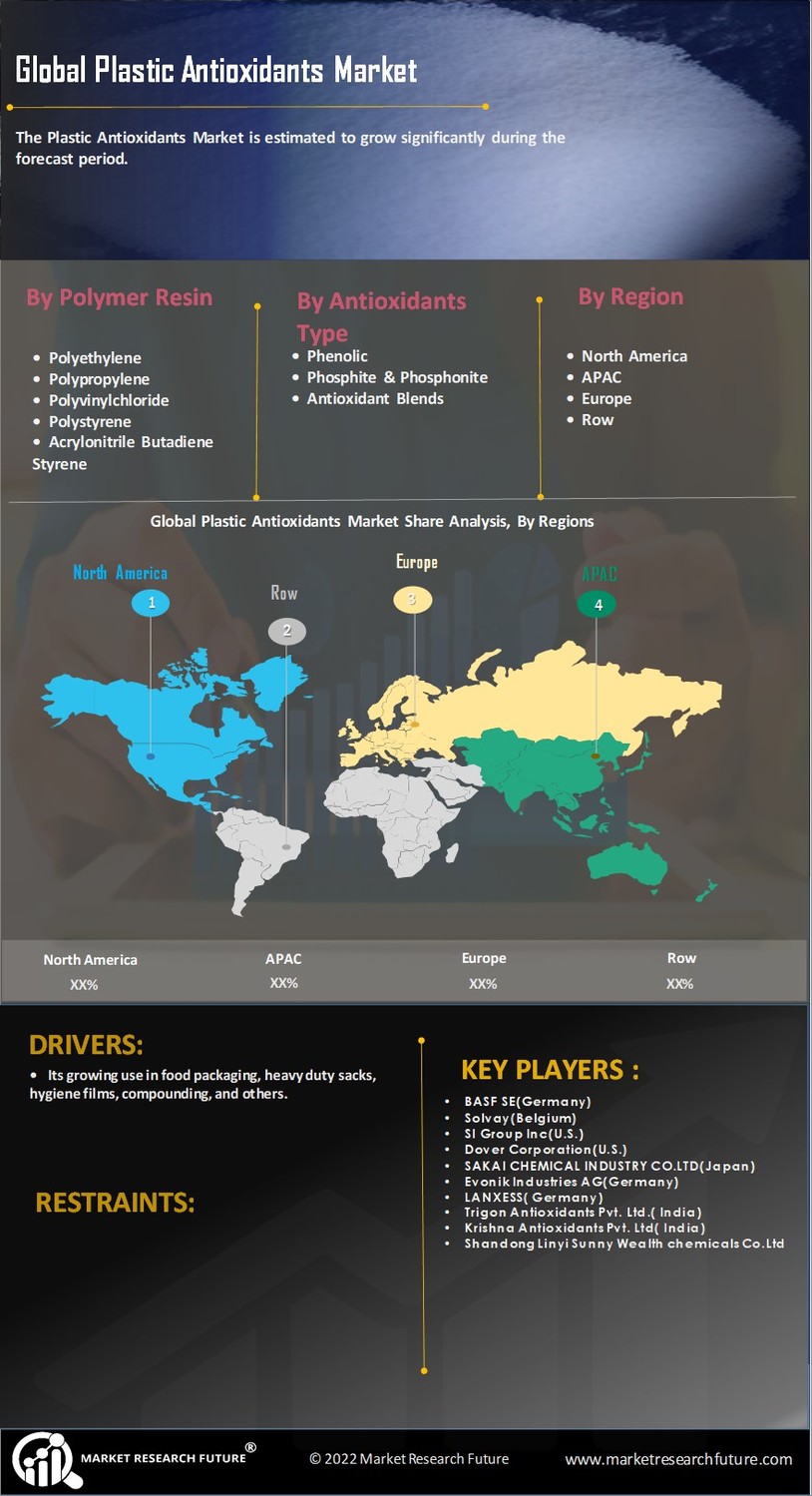 The Plastic Antioxidants Market Size is expected to grow USD 5.57 billion at a CAGR of 6.50% during the forecast period. Antioxidants in plastics are used to protect materials from heat oxidation. The constituents in these inhibitors include phenolic or phosphite & phosphonite. They have high tensile strength, anti-aging properties, and impact resistance. These inhibitors are used to improve the equipment's durability and function. They are employed in a variety of industries, including aerospace, automobile, coil, petrochemicals, and others, because of these features.

Plastic antioxidants are widely used because of their lightweight, low cost, and great performance properties. Polyethylene resins are utilized to provide product protection as well as improved barrier protection. Plastics used in agriculture have a high light transmission rate, which helps plants develop faster. Agricultural plastics must tolerate high levels of solar radiation as well as mechanical stress. Antioxidants are utilized in agricultural plastics to enhance processing and thermal stability as well as discoloration resistance. 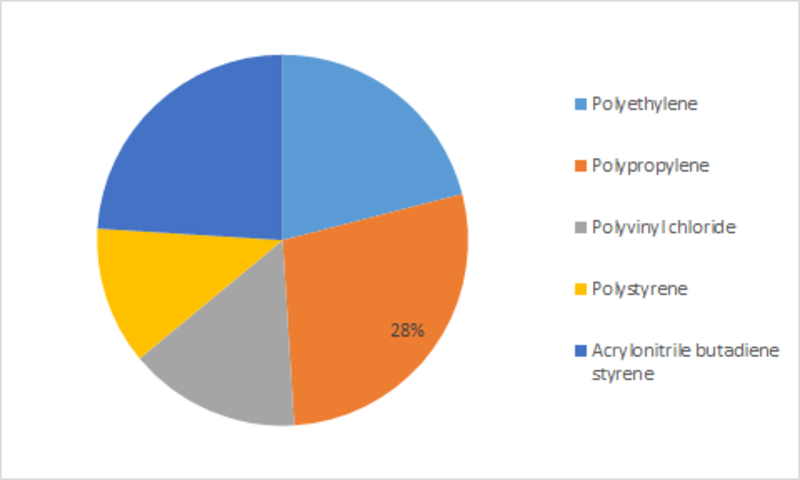 The Plastic Antioxidants Market is segmented across five regions in the world namely Asia Pacific, North America, Europe, Latin America, and the Middle East & Africa. Among these, Asia Pacific holds a major share of the market due to the growing demand for polymer in automotive, electrical & electronics, petrochemical and oil & gas industries. The acrylonitrile butadiene styrene resin segment is predicted to witness a rapid growth in the market, due to its growing consumption in end use industries. Owing to these factors, countries such as China, Japan and India are the major players in the market.

The North American region is growing significantly in the market due to the increasing demand for polyethylene and polypropylene resins in construction and buildings and automobile sectors. It is predicted that the rising awareness and regulations proposed by the government is set to drive the inhibitors market during the forecast period. The growing demand of protection coatings in aerospace, electronics industries has propelled the countries such as the U.S., Canada and Mexico to achieve a stunning growth in the market.

European market has also observed a remarkable growth in the market due to the increasing adoption of phosphate & phosphonite inhibitor in automotive, aviation, construction and buildings industries. It is estimated that the growing innovation and technological advancement has propelled the countries such as the U.K., Italy, Germany and France to observe a notable growth in the market during the forecast period.

The Latin American region is estimated to witness a recognized development in the market due to growing consumption of polyethylene and polypropylene resins in chemical, construction & buildings, and energy sectors. Moreover, the Middle East & Africa is anticipated to witness a higher growth in the market due to increasing demand for plastic antioxidants market in oil & gas, petrochemical, energy and aviation sectors.

The Global Plastic Antioxidants Market is segmented into polymer resin and antioxidants type. On the basis of polymer resin, the market is further categorized into polyethylene, polypropylene, polyvinylchloride, polystyrene, and acrylonitrile butadiene styrene. Among these, the acrylic resin segment holds a majority of the market share due to extraordinary features offered by the product such as tensile strength, stiffness, ductility. The polyethylene and polypropylene segments are projected to witness a rapid growth due to its growing consumption in heavy end use industries. The market by antioxidants type is further categorized into phenolic, phosphite & phosphonite, antioxidant blends. Among these, the phosphite & phosphonite segment is accounted for major share in the market due to its ability to function effectively at high temperature processing applications. The phenolic antioxidants segment is estimated to witness a higher growth in the market due to its growing consumption in end-use industries such as food, plastics & rubber, pharmaceutical, and others.

What are plastic antioxidants and what are major factors driving their applications?

What are the major application areas of plastic antioxidants?

Which region holds the largest share in the plastic antioxidants market?

What are the key growth strategies of plastic antioxidants industry players?

Strategic initiatives such as mergers & acquisitions, collaborations, expansion, and technology/ product launch are some of the growth strategies that players operating in the global Plastic antioxidants market adopt to gain a larger competitive advantage.

Who are the top players in the global plastic antioxidants market?

Increasing Consumption of Plastic Antioxidants in Automotive and Petrochemical is estimated to dr...