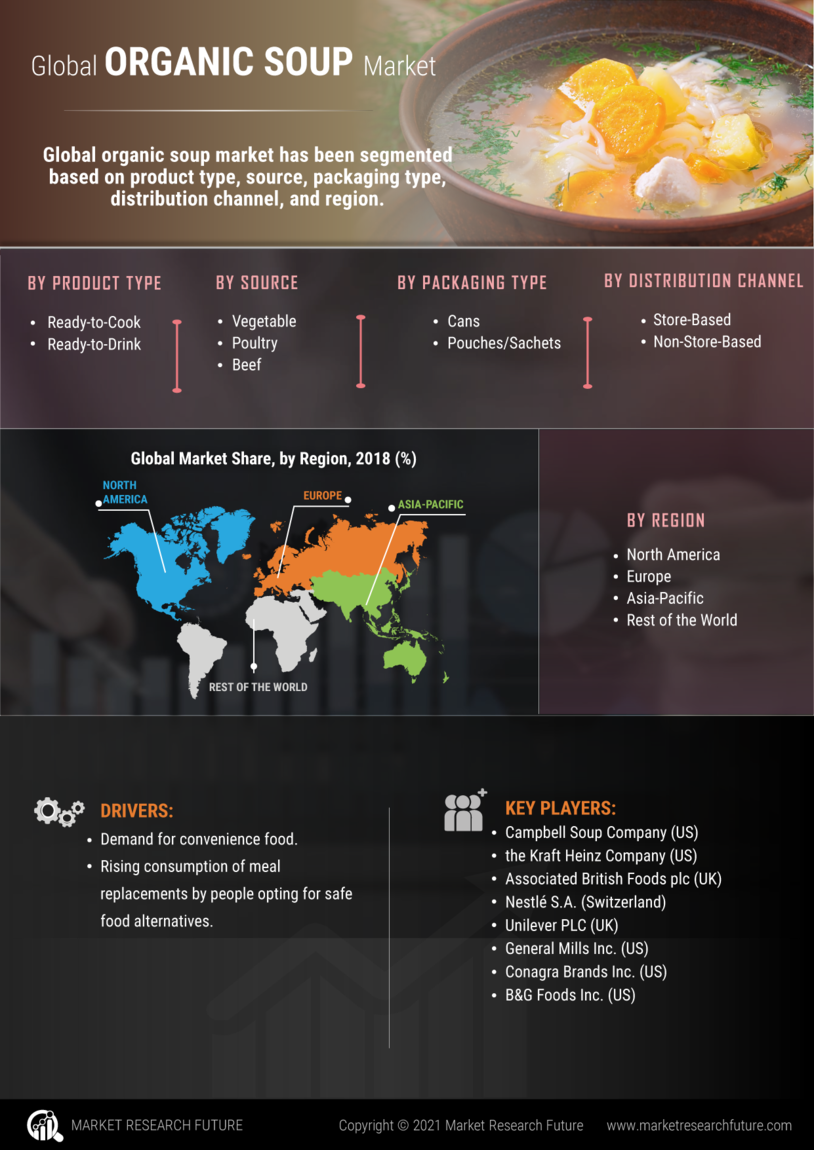 Demand for convenience food and rising consumption of meal replacements by people opting for safe food alternatives are expected to boost the organic soup market during the forecast period. Organic soups are manufactured using organically grown ingredients and processed without the use of synthetic additives, thereby making them a safer alternative to regular soups.

The market for organic soup is expected to grow substantially during the forecast period due to several health benefits, such as lowered risk of allergies and chronic diseases. Consumption of Genetically Modified (GM) ingredients in soup lead to numerous health issues, including food poisoning and digestive disorders. Therefore, these factors are expected to drive consumers towards organic soup during the assessment period. Moreover, urbanization and changing lifestyle trends have motivated people to switch to the adoption of convenience foods, ready-to-drink, and wholesome meal options, thus, influencing the demand for organic soups among consumers, worldwide.

The organic soup market has been segmented based on product type, source, packaging type, distribution channel, and region.

By product type, the organic soup market has been classified as frozen, ready-to-cook, ready-to-drink, and others.

On the basis of source, the market has been divided into vegetables, poultry, beef, seafood, and others.

Cans, pouches/sachets, and others are classified under packaging type segment for global market.

The global organic soup market has also been divided, on the basis of distribution channel, into store-based and non-store-based. The store-based segment has been further classified as supermarkets and hypermarkets, convenience stores, and others.

The global market has been studied for four regions—North America, Europe, Asia-Pacific, and the rest of the World. 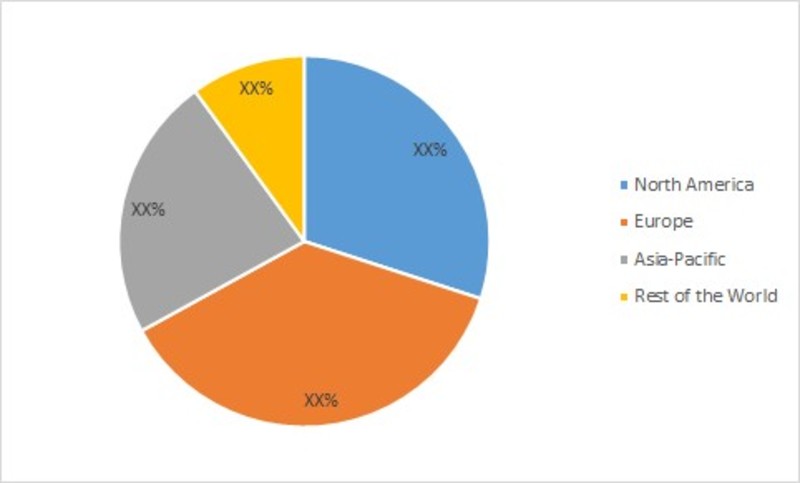 The organic soup market in Europe is expected to be the largest during the forecast period due to changing consumer preferences towards organic food products, from conventionally produced foods. Growing importance of health and wellness among the consumers, especially in Germany, the UK, and Russia, is expected to boost the regional growth of the market during the forecast period. The North American market for organic soups is expected to witness a steady growth during the forecast period owing to the changing lifestyle and increasing consumption of convenience food due to busy schedules. Increasing health concerns regarding the intake of artificial and synthetic additives used in the processing of soups and preference for natural additives are expected to drive consumer inclination towards safer food alternatives as compared to conventional food.

Asia-Pacific is expected to be the fastest-growing market for organic soup during the review period due to a change in consumer preference for organic food over conventionally processed food.

Rest of the World (RoW)