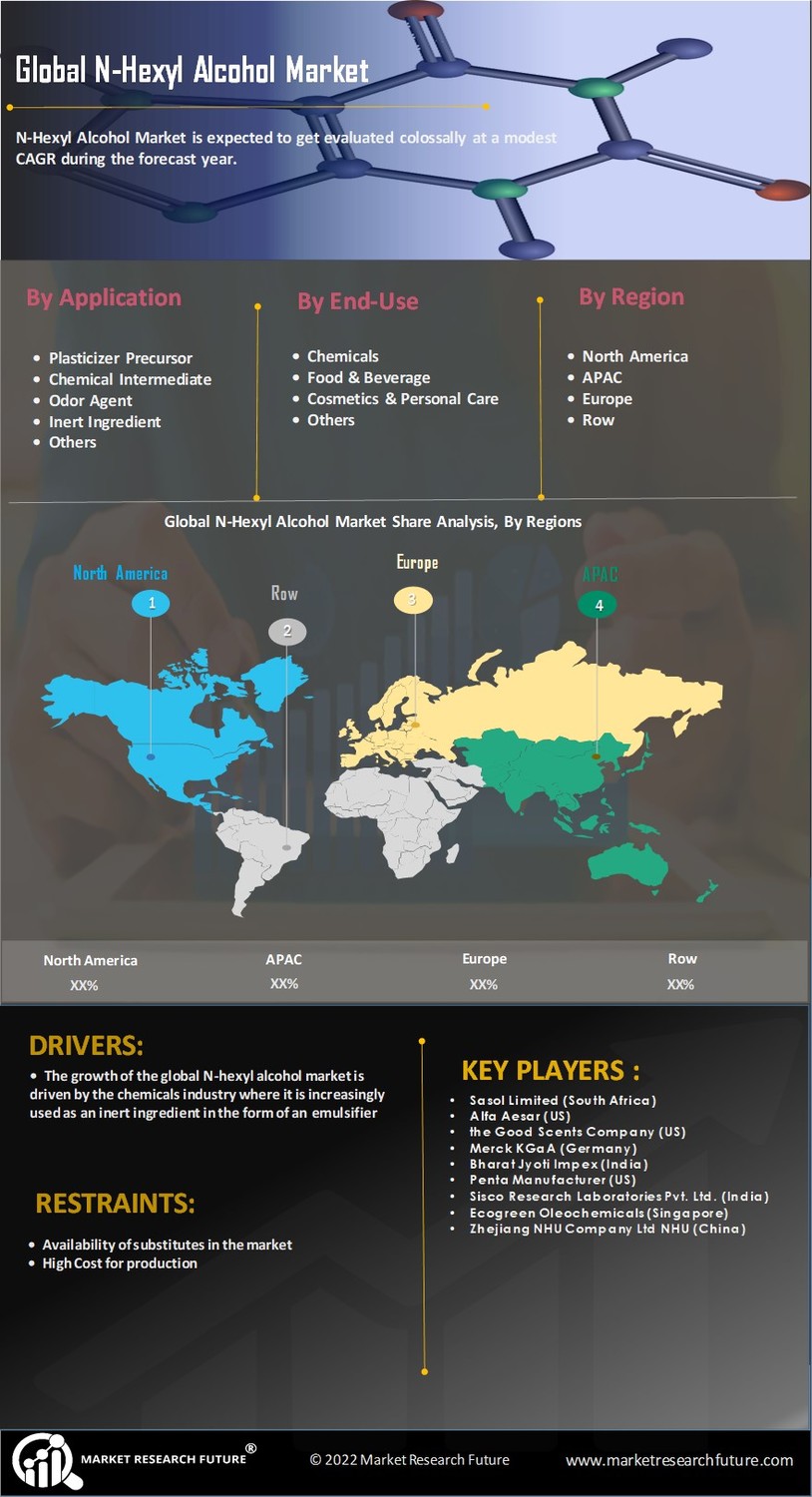 N-Hexyl Alcohol Market Overview N-hexyl alcohol is a six-carbon organic alcohol that is miscible with ether and alcohol. Plasticizers precursor, chemical intermediary, odour agent, flavouring agent, inert ingredient, lubricant, additive, and processing aid are only some of the uses for the product. Pesticides, food and beverages, creams and lotions, fabric softeners, antiseptics, hypnotic medications, and other products contain N-hexyl alcohol. The chemicals sector is driving the global N-hexyl alcohol market, as it is being employed as an inert ingredient as an emulsifier, solvent, and propellant, as well as a chemical intermediary in solvents, solid separation agents, adhesives, and sealant chemicals, among other applications. Plasticizers, solvents, adhesives, emulsifiers, and insecticides are in high demand in a variety of end-use industries, including automotive, cosmetics and personal care, construction, and agriculture. In the cosmetics and personal care business, N-hexyl alcohol is increasingly used to make soaps, shampoos, creams and lotions, and deodorants, among other things. The global N-hexyl alcohol market is being driven by the rising cosmetics and personal care industry, which is seeing increased demand for cosmetics, skin and hair care products. Furthermore, the developing food & beverage sector is expected to fuel the expansion of the N-hexyl alcohol market, as the product is being used as a food additive in beverages, ice creams, baked goods, and gelatin, among other things. Furthermore, increased demand for packaged beverages and food goods is predicted to boost product demand even more due to the increased desire for convenience and improved product shelf life. 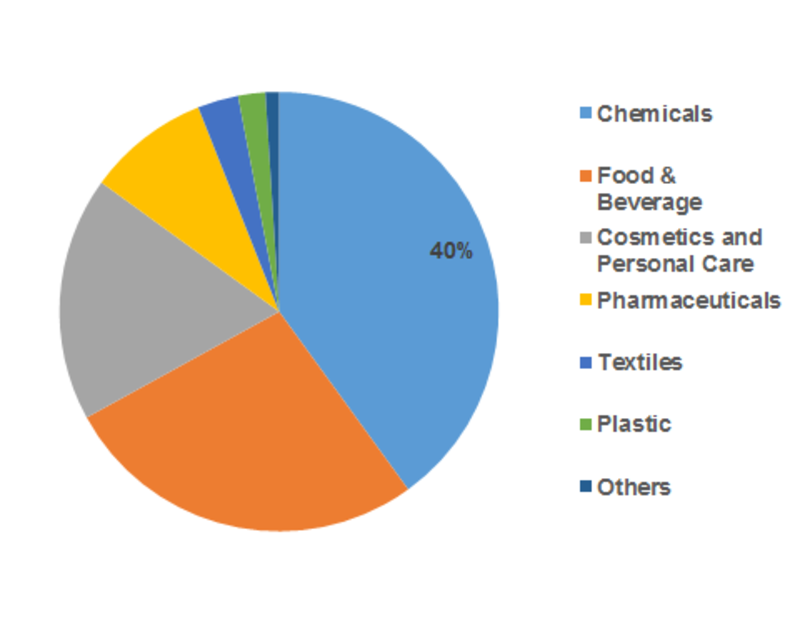 The market in Asia-Pacific accounted for the largest share of the N-hexyl alcohol market in 2017 and is expected to continue its dominance during the forecast period. This growth can be attributed to the rapidly expanding industrial base and rising per capita income in developing nations such as China, India, and Thailand. Additionally, the growing food & beverage industry with the increasing demand for packaged beverages and food products from the young working population is expected to propel market growth.

The Latin American market is expected to witness considerable growth due to the growing cosmetics and personal care industry especially in Brazil and Mexico on account of the escalating demand for cosmetics for men.

The market in the Middle East & Africa is likely to exhibit considerable growth during the review period on account of the rapidly growing industrial base in the region.

The global N-hexyl alcohol market has been segmented by application, end-use industry, and region.

Based on end-use industry, the market has been segregated into chemicals, food & beverage, cosmetics and personal care, pharmaceuticals, textiles, plastic, and others.

The N-hexyl alcohol market has been studied with respect to five regions—North America, Europe, Asia-Pacific, Latin America, and the Middle East & Africa.


LANXESS announced a contractual deal in February 2021 to purchase 100 percent of Emerald Kalama Chemical (Emerald Performance Materials), a benzyl alcohol producer, expanding the company's product portfolio and business. LANXESS said in March 2019 that its benzyl alcohol manufacturing capacity at its facility in Krefeld-Uerdingen, Germany, would be increased by around 30%, boosting the company's business.

Which region would inspire maximum growth for the n-hexyl alcohol market?

The Asia Pacific market would fetch the maximum revenue.

Name applications that have been a part of the n-hexyl alcohol market.

What are the major n-hexyl alcohol market strategies?

Merger, launching of a new product, increasing expenditure, innovation, acquisition, and others are strategies used by major companies.