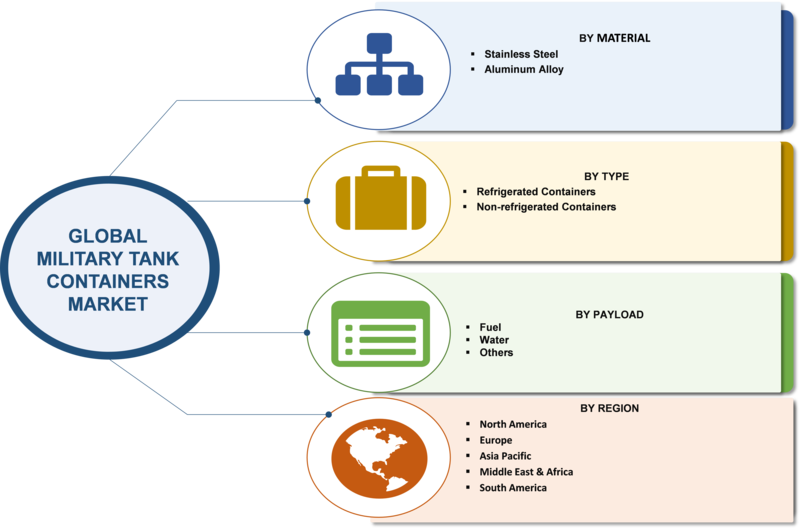 There has been a continued importance given toward the quick placement of forces to involve in distorted conflicts and bring back amity in allied countries. During such operations, the fighter forces can achieve operational efficiency by ensuring high movement of the support equipment.

In the upcoming years, countries, such as China, France, Germany, India, Iran, Japan, Pakistan, Russia, South Korea, Taiwan, the U.K, and the U.S., are anticipated to boost their competencies to manufacture and import advanced military tank containers to maintain ample supply goods to their respective armed troops. The military experts across the globe have increased their focus on the purchasing and deployment of military tank containers, owing to sufficient support to soldiers in the military purposes.

The global military tank containers market is estimated to witness a CAGR of more than 5% during the forecast period from 2018 to 2023.

Which region will dictate the pace for military tank containers market development in the coming period?

The Asia Pacific region will lead to the expansion of the global market.

What earning potential is foreseen for the military tank containers market?

A prosperous earning level is estimated to be gained in the coming years.

What CAGR backing is estimated to be perceived in the global military tank containers market?

A 5% CAGR is estimated to shape the market in the forecast period.

Which military tank containers market contributors are predicted to be seen at the forefront of the growth?

Which dynamic will stimulate the military tank containers market in the future?

The preference of several nations to have custom made tank containers is predicted to spur the market.