The Methyl Isobutyl Ketone (MIBK) Market is also known as mono-isobutyl ketone. It is a stable, clear, and colorless liquid with a pleasant odor. Around 60% of the MIBK is manufactured by aldol condensation of acetone and its derivative intermediates, mesityl oxide, and diacetone alcohol. Methyl Isobutyl Ketone are found naturally in orange and lemon juice, vinegar, papaya, baked potatoes, grapes, ginger, cheese, milk, plum, mushrooms, and others. MIBK is compatible with many organic materials, which makes it a superior industrial solvent. It is widely used as a chemical intermediate, extracting agent, solvent, and denaturant in numerous end use industries such as pharmaceuticals, agrochemicals, paints & coatings, and automotive among others. Other industries include packaging, rubber manufacturing, and cosmetics.

As per our analysis, some of the prominent market factors and trends identified in the global methyl isobutyl ketone market include rising demand for MIBK solvent for coatings in automobile and electronics industry, increasing demand for adhesives, paints, and coatings on account of growing construction spending. Additionally, rapid industrialization coupled with rising per capita disposable income is expected to drive the market growth during the review period. Moreover, to meet a diverse set of needs resulted due to huge demand from agrochemical industry is predicted to boost the market growth during the given period. These are widely used in the manufacturing of cosmetics and personal care products, thus, the consumption of MIBK in recent years is set to increase and is likely to fuel the market growth. Regulatory bodies, specifically in developed countries, have imposed stringent regulations on MIBK manufacturers regarding its toxicity level, which is estimated to hamper the market growth over the assessment period. 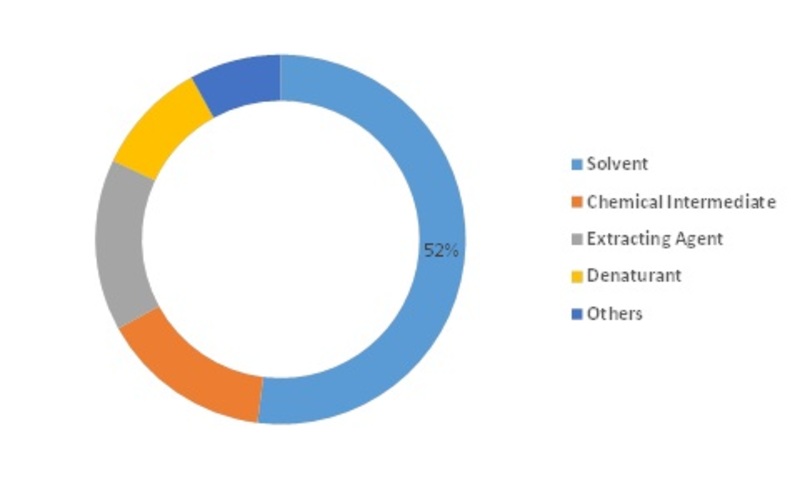 Regional Analysis The global methyl isobutyl ketone market is segmented into five regions: Asia Pacific, Europe, Latin America, North America, and the Middle East & Africa. Asia Pacific is estimated to grow at the fastest CAGR during the review period on account of increasing demand from end use industries such as automobiles, agrochemicals, and construction among others. The demand for methyl isobutyl ketone is projected to surge in developing countries such as India, China, and Malaysia due to increasing automobile production and sales. Moreover, ease in availability of raw material, relatively cheap labor cost, and implementation of new development strategies to fulfil the demand for methyl isobutyl ketone in the increasing applications are the prominent factors for the regional market growth.

Asia Pacific has emerged as the largest market for methyl isobutyl ketone followed by North America and Europe. North America is expected to witness a steady growth in MIBK market due to the increased usage in pharmaceutical and packaging industries. North American countries such as the U.S. and Canada are among the key contributors in the regional market growth and are expected to witness regional market growth in the upcoming years. Countries in Europe such as Spain, Germany, and the UK have emerged as the regional consumer markets due to developed end use industries and rising consumer spending on personal care products. Additionally, the Middle East & Africa is expected to witness a moderate growth over the forecast period. Rising construction spending in commercial as well as institutional sector, especially, in Qatar, Saudi Arabia, and the United Arab Emirates (UAE) is projected to positively influence methyl isobutyl ketone business during the assessment period.

How does the outlook of the global methyl isobutyl ketone market look like?

What are the major applications of methyl isobutyl ketone?

What are the major end-use industries of methyl isobutyl ketone?

Paints & coatings, agrochemical, pharmaceuticals, and automotive are some of the major end-use industries of methyl isobutyl ketone.

Which region holds the largest share in the global methyl isobutyl ketone market?

Who are the top players in the global methyl isobutyl ketone market?