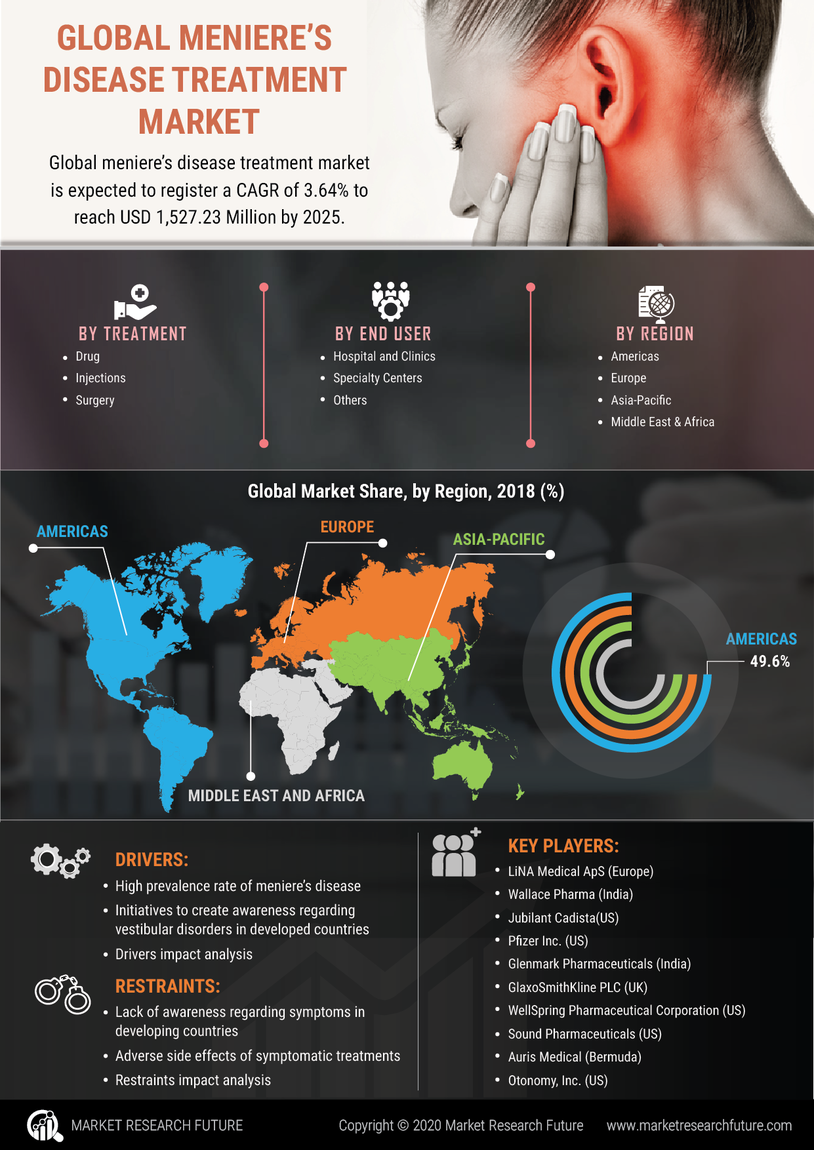 Meniere’s disease is a disorder of the inner ear that is characterized by hearing loss, vertigo, ringing in the ear (tinnitus), and a feeling of fullness and congestion in the ear. This disease usually affects one ear and involves dysfunction in the inner ear. Meniere’s disease can develop at any age but is most likely to occur in the age of 40 to 60 years. This disease does not have a specific cure, but the patient can be treated with medications, diuretics, cognitive therapy, injections, pressure pulse treatment, and surgery, among others.

The key factors driving the market growth are the high prevalence rate of Meniere’s disease and government initiatives to create awareness regarding vestibular disorders in developed countries that are driving the market growth. However, factors such as lack of awareness in developing countries, and adverse side effects of symptomatic treatments are hampering the growth of the Meniere’s disease treatment market.

Additionally, the Hearing Health Foundation stated that 12 out of 1,000 people worldwide live with Meniere’s disease and an estimated 15 to 40 percent of patients are affected in both ears. Furthermore, according to the National Institute for Health and Care Excellence, the incidence rate in the UK is 13.1 per 100,000 people/year, with the diagnosis more common in women. This high rate of incidence of Meniere’s disease in the US and Europe is driving the growth of global Meniere’s disease treatment market. 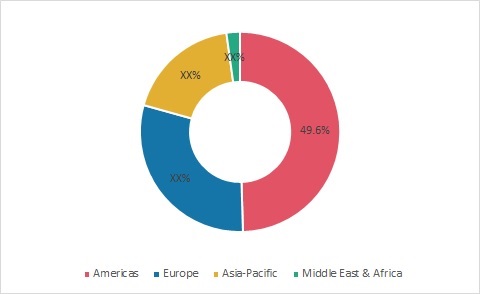 The Global Meniere’s Disease Treatment Market, based on region, has been divided into the Americas, Europe, Asia-Pacific, and the Middle East & Africa.

The Americas has been segmented into North America and Latin America, with the North America market further divided into the US and Canada. The Americas accounted for the largest market share of 49.6% in 2018 and is likely to continue to command the market during the assessment period owing to the increasing prevalence of Meniere’s Disease in the US, and rising number of market players focusing on Meniere’s Disease-specific treatment. Additionally, growing initiatives to create awareness regarding vestibular disorders is driving the regional market.

Europe would follow the Americas in terms of value during the forecast period owing to the presence of favorable government initiatives & laws and target population base, rising prevalence of hearing disorders, and the presence of developed economies such as Germany, the UK, and France, as they have advanced healthcare facilities as compared to other developing countries. According to the National Institute for Health and Care Excellence, the incidence rate of Meniere’s Disease in the UK is 13.1 per 100,000 person/year, with the diagnosis more common in women.

Asia-Pacific is estimated to be the fastest-growing market. An increasing number of hospitals and growing healthcare infrastructure are likely to support the growth of this regional market. The increasing prevalence of vestibular disorders in the region is blooming the growth of the Meniere’s Disease treatment market. A majority of companies in Asia-Pacific are committed to investing in research and development of advanced treatments, which will ultimately boost the growth of the market.

The market in the Middle East & Africa is likely to exhibit the lowest growth owing to the limited access and availability of treatment facilities. Moreover, limited developments in technology may slow market growth. Africa holds the least share in the market due to the limited availability of funds and medical facilities. The Middle East dominates the regional market owing to the presence of well-developed countries such as Kuwait, Qatar, Oman, and South Arabia as they have advanced diagnostic facilities and treatment.

Some of the key strategies followed by players operating in the global Meniere’s disease treatment market were innovation, clinical trials, and acquisition & mergers.

High Prevalence Rate of Meniere’s Disease across the Globe is Expected to Boost the Market Growth...