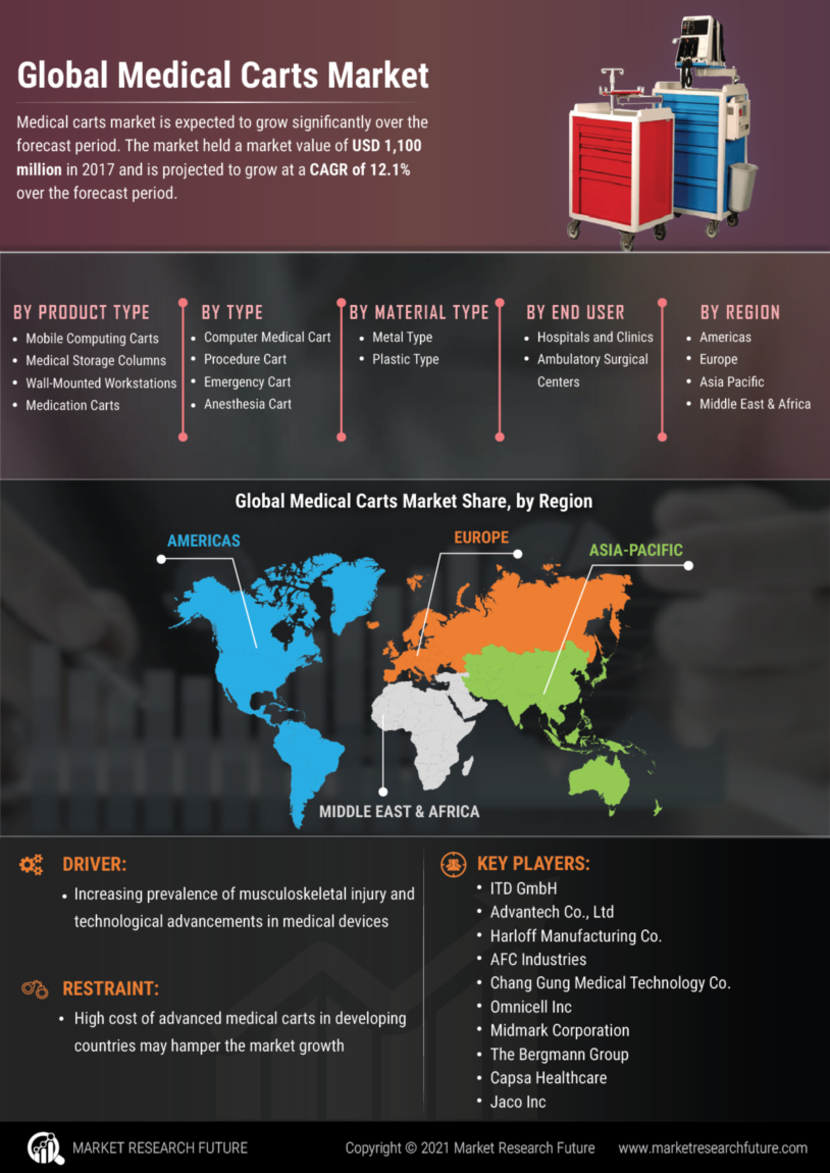 Medical carts are one of the most vital components in treating patients. Moreover, in cases of medical emergency hospital requires a rapid response in which medical carts play an important role.  Increasing prevalence of musculoskeletal injury and technological advancements in medical devices are major factors responsible for the growth of the medical carts during forecast period.

Moreover, the easy availability of advanced medical cart through e-commerce and retail stores and increasing use of such devices at home are anticipated to fuel the growth of the global medical carts market. According to United States Bone and Joint Initiative, most of the musculoskeletal injuries occurred to people between the ages of 18 and 64 years are in the United States.

However, factors such as, high cost of advanced medical carts in developing countries may hamper the market growth during the forecast period.

The medical carts market is segmented based on product type, type, material type, and end-users.

The market, by product type, the market is segmented into mobile computing carts, medical storage columns, wall-mounted workstations, medication carts, and others.

Based on type, the market is segmented into computer medical cart, procedure cart, emergency cart, anaesthesia cart, and others.

Based on material type, the market is segmented into metal type, plastic type, and others.

Based on end-user, the market is segmented into hospitals and clinics, ambulatory surgical centres, and others. 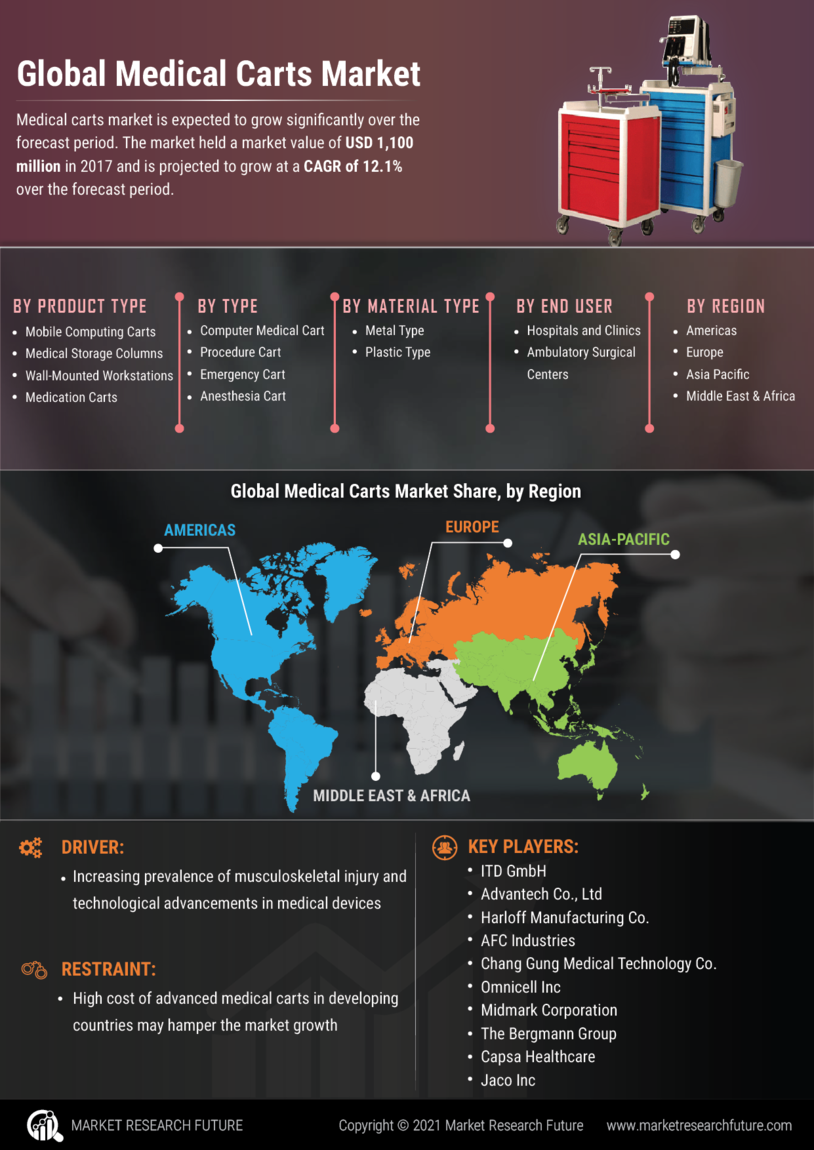 The Americas region dominated the global medical carts market in 2017, owing to the presence of major market participants & sophisticated healthcare infrastructure and comparatively higher adoption of advanced medical devices in the US and Canada.

Europe hoisted as the second largest region for the global medical carts market owing to increasing geriatric population along with the rise in the number of numerous surgeries is are expected to provide this market with lucrative growth opportunities.

Asia-Pacific was projected to be the fastest growing region for the global medical carts market in 2017. The factors attributed to the due to the increasing focus on patient safety and increasing expenditure in healthcare infrastructure.

The Middle East and Africa holds the least share in the medical carts market due to the presence of poor health expenditure and economically diverse countries. However, the market is expected to witness growth due to increasing healthcare programs in the Middle East.

What is the valuation of the medical carts market?

The global medical carts market was valued at USD 1.1 billion in 2017.

The global medical carts market is expected to exhibit a strong 12.1% CAGR over the forecast period from 2018 to 2023.

What is the major driver for the medical carts market?

What are the leading regional markets for medical carts?

The Americas, followed by Europe, is the leading regional market for medical carts.

What are the key players in the medical carts market?