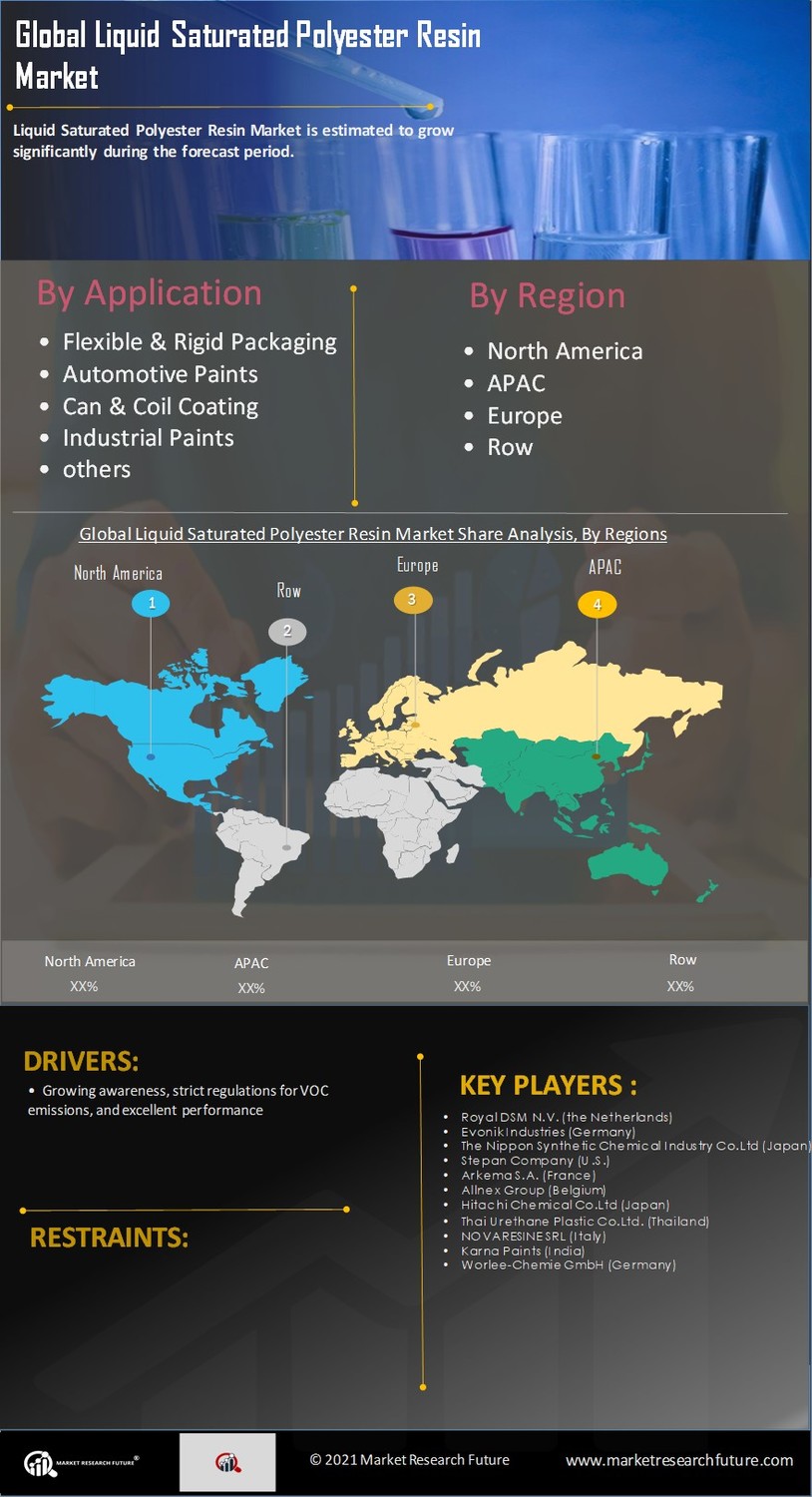 As per our analysis, some of the important market factors and trends identified in the liquid saturated polyester resin are growing awareness, strict regulations for VOC emissions, and excellent performance of liquid saturated polyester resin due to its numerous properties. Rapid industrialization and urbanization in developed and developing countries are expected to drive the growth of the market. Furthermore, increasing investment in the construction activities for universities, hospitals, stadiums, and residential building are predicted to propel the growth of the market. Moreover, increasing demand for liquid saturated polyester resin from packaging industry that include container, cans, and boxes are expected to fuel the growth of the market. Rapid expansion of end use industries in emerging economies are estimated to positively influence demand patterns. Additionally changing lifestyle, increasing consciousness related to harmful effect of solvent based product which possess high VOC content, and growing purchasing power of people for purchasing packaged food are expected to give new impetus to the growth of the market during the forecast period. 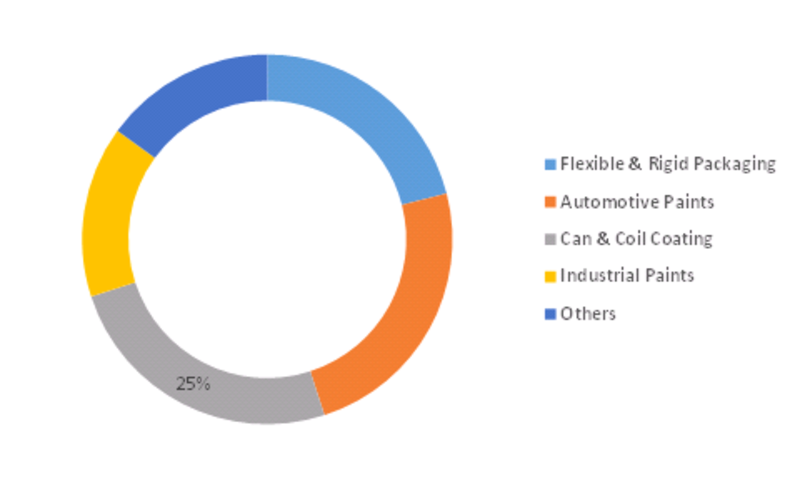 The global liquid saturated polyester resin market is categorized into five regions namely– Asia Pacific, Europe, Latin America, North America, and the Middle East & Africa. Among these, Asia Pacific is predicted to grow at the highest CAGR during the assessment period on account of increasing demand from various applications such as construction, automotive, and general industry among others. The demand for liquid saturated polyester resin is expected to surge in various countries of Asia Pacific such as India, China, Malaysia, Vietnam, and Japan due to rising consumer base as well as expansion of various end use industries. Moreover, growing purchasing power, ease of availability of low cost raw material & labor, soberly stringent regulatory framework are some other prominent factors for the regional liquid saturated polyester resin market growth during the forecast period.

Asia Pacific has emerged as the largest market for liquid saturated polyester resin followed by North America and Europe. North America is estimated to witness a moderate growth in liquid saturated polyester resin market due to the solid base for various industrial sector coupled with increasing investments to revitalize general industry during the assessment period, 2017 to 2023. North American countries such as Canada and U.S. are among the main contributors in the regional liquid saturated polyester resin market growth and are estimated to see a significant regional market growth over the forecast period. U.S accounted for the largest regional market share and is predicted to grow with the highest CAGR due to the growth in flexible & rigid packaging sector. European countries such as Spain, Italy, Russia, Germany, France, and UK have emerged as an important consumer market due to rising demand from growing application and increasing expenditure on research & development and innovation. However, stringent regulation implemented by various government bodies such as REACH and EPA are predicted to slightly hinder the demand for liquid saturated polyester resin in the Europe and North America. Countries such as Brazil, Mexico, and Colombia are among the major contributors in the regional Latin America growth due to rising consumer spending on automobile and packaging products. The Middle East & Africa is estimated to witness above average growth over the forecast period 2017-2023. Countries such as Qatar, Oman, the United Arab Emirates (UAE), and Saudi Arabia are among the key contributors in the regional market growth and is predicted to positively influence the end use industries growth during the assessment period.

What is the forecast period of Liquid Saturated Polyester Resin Market research report?

Which region will lead the Liquid Saturated Polyester Resin Market?

Who are the key players in the Liquid Saturated Polyester Resin Market?