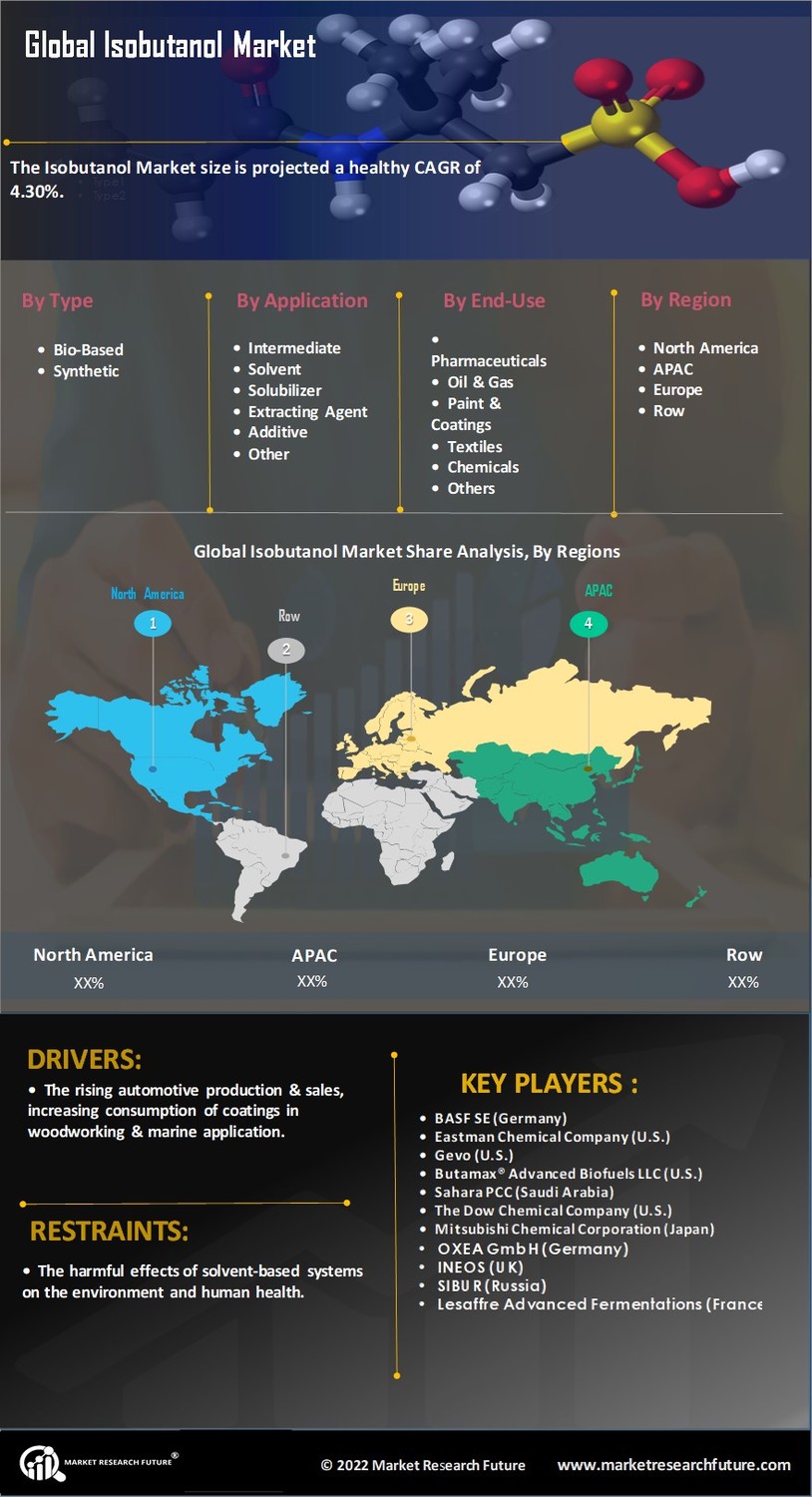 Isobutanol Market is projected to be worth USD 6.91 Billion by 2030, registering a CAGR of 4.30% during the forecast period (2021 - 2030). Isobutanol is a colorless, odorless, mobile, neutral liquid used in chemical synthesis. It possesses qualities comparable to n-butyl alcohol and can be used as a supplement or substitute in a variety of applications. Isobutanol, a solvent, is commonly used to reduce viscosities in a variety of formulations while also promoting leveling and flow. It is widely utilized as a solvent, solubilizer, additive, extracting agent, additive, and intermediary in a wide range of end-use industries, including paints and coatings, oil and gas, pharmaceuticals, textiles, chemicals, and others. Coatings can be used in a variety of applications, including industrial maintenance, marine, transportation, can and coil, and wood. The global isobutanol market is driven by increased automotive production and sales, rising coatings usage in woodworking and marine applications, and the textile sector's continued expansion. Furthermore, rising isobutanol usage in the production of antibiotics, vitamins, and camphor, as well as the global expansion of the pharmaceutical and medical sectors, are expected to drive demand for isobutanol over the forecast period. Furthermore, the growing demand for coatings across a variety of industries, including construction, automotive, and wood, is expected to have a substantial beneficial impact on the worldwide isobutanol market in the coming years. 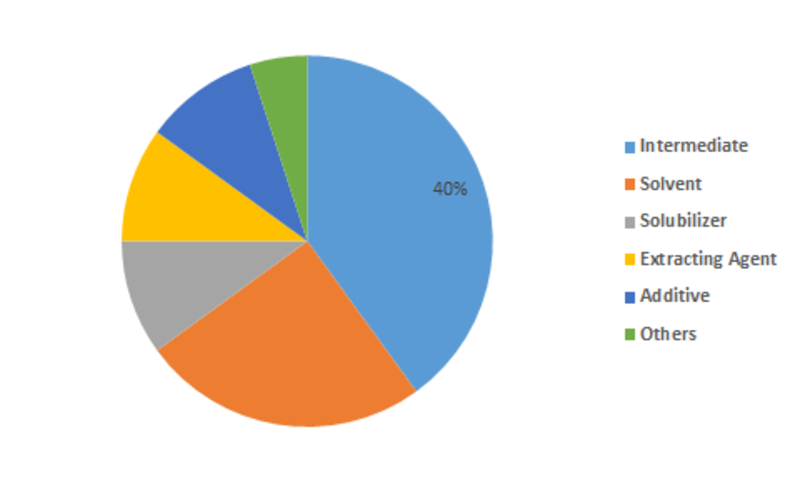 The global isobutanol market is further categorized into five regions namely- Latin America, and the Middle East & Africa, North America, Asia Pacific, and Europe. Among these, Asia Pacific emerged as the leading market share in 2016 and continue to remain leading regional market share in terms of value and volume. The factors attributed to the regional market growth are the continuous growth of numerous end-use industries such as paints & coatings, pharmaceuticals, and oil & gas among others. The demand for isobutanol is estimated to propel the growth of the market in numerous countries of the Asia Pacific such as India, China, the Philippines, Australia, Taiwan, Japan, Malaysia, Singapore, and South Korea due to steady urbanization and high adoption rate from various end-use industries.

The Asia Pacific emerged as the largest isobutanol market followed by Europe and North America. Europe is predicted to be the second largest market for isobutanol and is expected to witness constant growth due to the presence of automotive manufacturers in countries such as UK, Germany, France, Italy, and Spain. Moreover, increased investment by major players in the research and development activities and innovation is estimated to fuel the regional market growth. The European market is further followed by North America; the U.S estimated to hold the maximum market share in terms of value and volume and is expected to retain its dominance on account of rising onshore activities along with expanding oil & gas sector. In the Middle East & Africa, numerous countries such as Kuwait, Turkey, Qatar, the United Arab Emirates, Oman, and Saudi Arabia are estimated to register above-average growth owing to rising construction activities combined with growing consumption of isobutanol based coatings. In Latin America, Mexico and Brazil are among the leading contributors in the regional market on account of strong based for transportation manufacturers along with increasing purchasing power of consumer for a personal vehicle.

Due to recent rising demand and supply problems, OQ Chemicals issued a sales control for US oxo intermediates in January 2021. Following the lockout, demand for these chemicals soared across the United States due to increasing demand from the construction and textile industries. The DOW Chemical Company and Johnson Matthey (UK) announced in February 2020 that Guangxi Huayi New Material Company (China), a Chinese company, had chosen LP SELECTOR 10 technology to generate butanol at a new manufacturing site. The facility, which has a capacity of 300,000 metric tonnes of butanol per year, was developed in Huayi's integrated petrochemical complex in Qinzhou Port, China.

What is the forecast period of Isobutanol Market research report?

The forecast period for Isobutanol Market research report is 2020-2030.

Which region will lead the global Isobutanol Market?

Who are the key players in the Isobutanol Market?