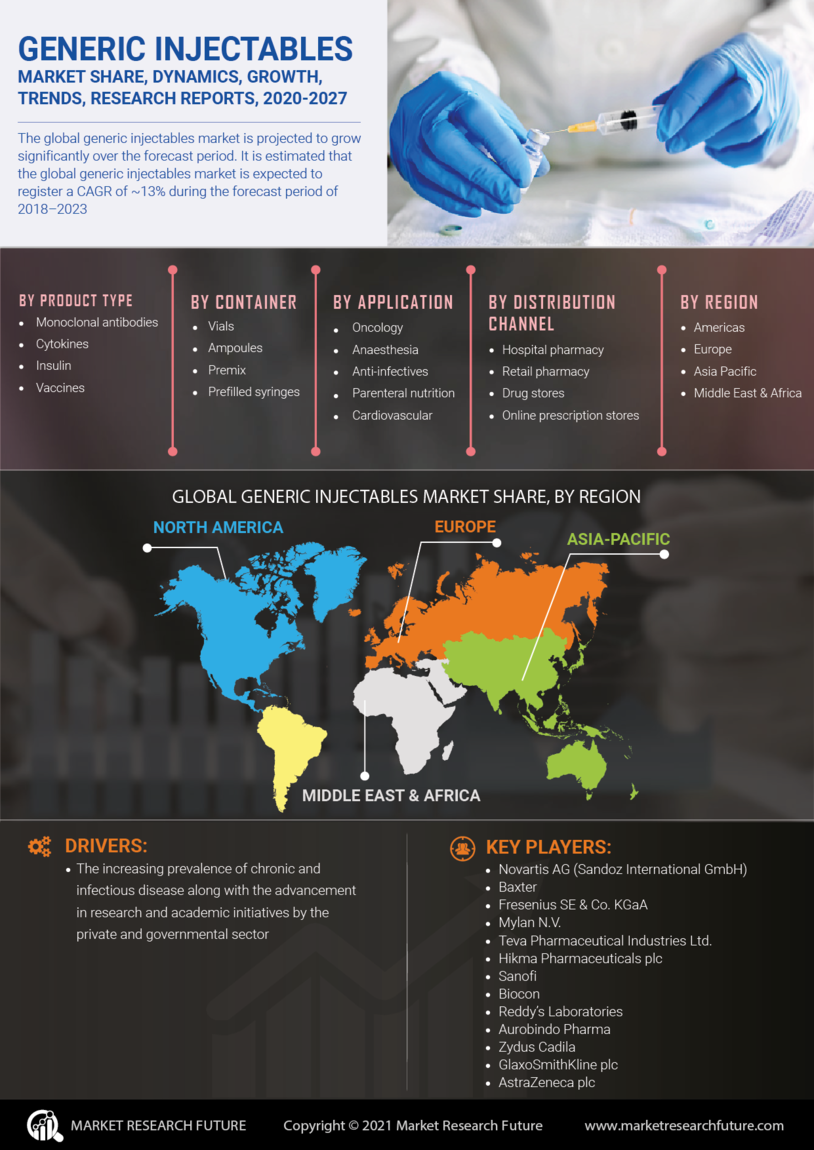 Generic injectable is referred to as biologics that are used for the treatment of various disease and has same drug/ active ingredients as that of its respective branded versions. However, the inactive contents of the drugs can be varied. The increasing prevalence of chronic and infectious disease along with the advancement in research and academic initiatives by the private and governmental sector is expected to drive the market growth.

For instance, as per the World Health Organization (WHO) 2015, over 38 million death occur globally due to non- communicable chronic diseases annually, which is propelling demand for development of low-cost generic vaccines. Moreover, nearly 86% of infants are vaccinated the rest remain unvaccinated leading to a death toll of about 2-3 million infants annually. Shortage of branded sterile injectable has further led to the adoption of generic injectable which in-turn is expected to restrain the generic injectables market growth.

The generic injectables market is segmented on the basis of product type, container, application, distribution channel, and end user.

The market, by product type is categorised into monoclonal antibodies, cytokines, insulin, vaccines, and others.

On the basis of container, the market is segmented into vials, ampoules, premix, and prefilled syringes.

Based on application, the generic injectables market is segmented oncology, anaesthesia, anti-infectives, parenteral nutrition, cardiovascular, and others. 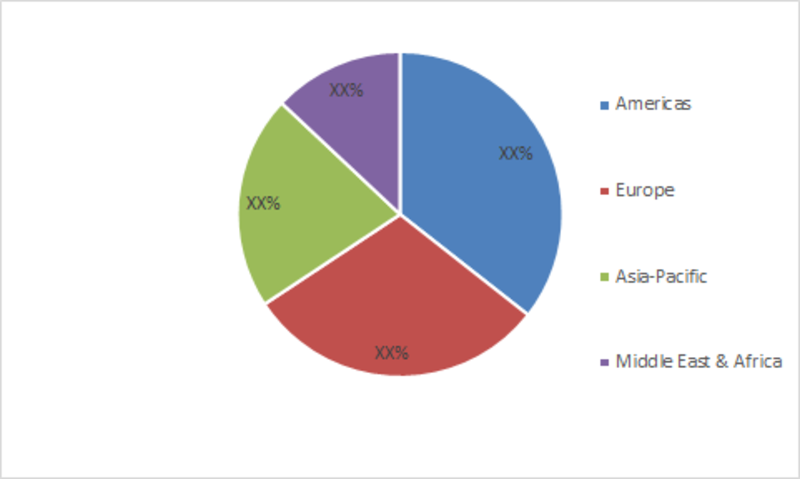 Sources: Centers for Disease Control and Prevention (CDC), US Department of Health and Human Services, National Institutes of Health

Europe is currently holding a considerable amount of market share in the generic injectables market owing to the advantages offered by generic injectables, governments in various countries are supporting their manufacture. For instance, in June 2017, Baxter signed an agreement with Dorizoe for life sciences company manufacturing generic sterile injectable. This alliance is anticipated to develop more than 20 generic injectable products including cardiovascular and oncolytic medicines.

Asia-Pacific was projected to be the fastest growing region for the generic injectables market. This owes to the infrastructural development and increase in outsourcing of research activities to the contract research organizations (CROs) at relatively low cost in this region. For example, the Sun Pharma’s acquisition of Pharmalucence in 2014 that resulted in benchmarking sales of generic sterile injectable.

The Middle East and Africa holds the least share in the generic injectables market due to the presence of economically diverse countries, and less initiatives taken by the government.


Market of Generic Injectables, by Container

Market of Generic Injectables, by Application


Market of Generic Injectables, by Region

The global generic injectables market is expected to exhibit a strong 13% CAGR over the forecast period from 2018 to 2023.

The increasing prevalence of chronic and infectious diseases is driving the demand for effective generic injectables.

What are the major types of injectables?

Key types of generic injectables include monoclonal antibodies, cytokines, insulin, vaccines, and others.

The Americas is likely to dominate the global generic injectables market.

Leading players in the generic injectables market include Novartis, Baxter, Sanofi, Biocon, and Zydus Cadila, among others.