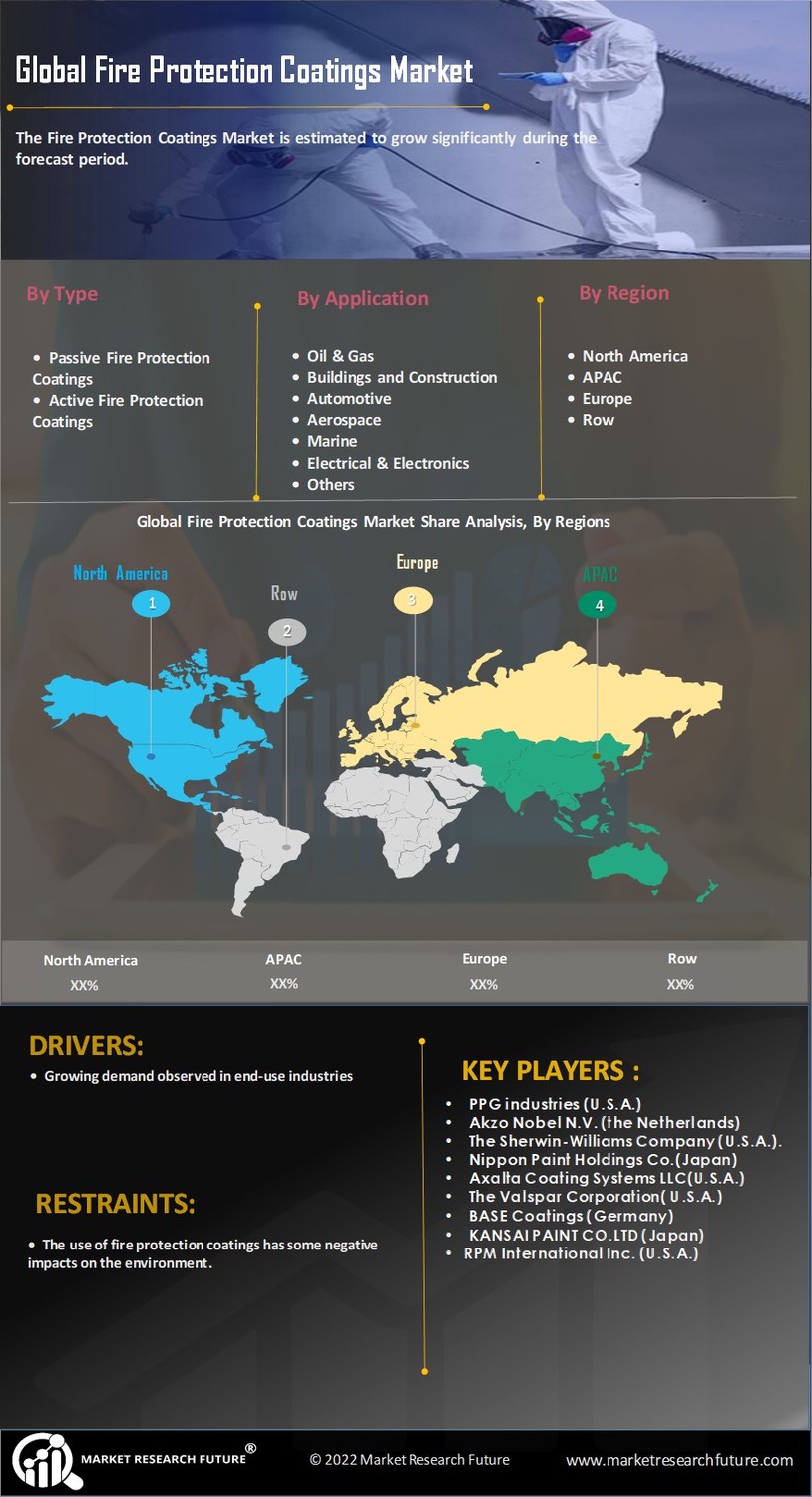 Fire Protection Coatings are composed of different fillers and flame additives. They are used to prevent the rapid spread of fire flames across the surface and control the period of excessive heat. Additionally, they also suppress the production of gases produced during the combustion of materials. Excellent fire performance, strength, lightweight and low installed cost are the important trends and factors influencing the market emphatically. It is projected that the Fire Protection Coatings Market is set to grow at a higher CAGR owing to stringent regulations and the growing demand observed in end-use industries such as oil & gas, buildings and construction, automotive, aerospace, electrical & electronics, marine, and others. 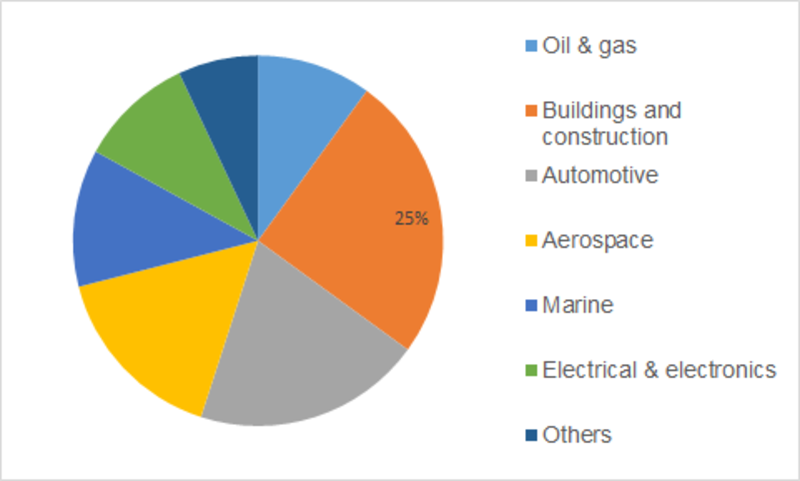 The Global Fire Protection Coatings Market is segmented into five crucial regions namely Asia Pacific, North America, Europe, Latin America and the Middle East & Africa. Among these, Asia Pacific is estimated to hold the major share in the market due to growing production of coatings and rising demand from major end industries such as buildings and construction, automobile, defense, and others. Countries such as China, Japan and India have emerged as the leading players in this region. The growing demand from the major industries has propelled passive fire coating market to witness a higher CAGR during the forecast period, 2017-2023.

The European region has observed a significant growth in the Fire Protection Coatings Market due to rigid rules and norms on fire safety set by the regional government and retrieval in the construction industry. It is projected that Germany, the U.K. and Italy are the leading players in this region due to increasing usage of fire protection coatings in oil & gas and petrochemical industries.

The growth in the North American market is mainly attributed to the growing demand of steel in buildings and construction, oil & gas, automotive, marine and aviation sectors. It is estimated that passive Fire Protection Coatings segment is projected to lead the market in this region due to increasing demand of organic and inorganic coatings in construction, electrical & electronics industries. Owing to these factors, the U.S.A, Canada and Mexico are projected to be the major contributors in the market during the forecast period. The Middle East & Africa is predicted to witness a slow growth in the market due to low crude oil prices and shrinking construction industry. Moreover, it is estimated that the advancing nanotechnology has propelled the Latin American region to witness a higher growth in the paints and coating industries.

Some of the prominent players functioning in the Global Fire Protection Coatings Market PPG industries (U.S.A.), Akzo Nobel N.V. (the Netherlands), The Sherwin-Williams Company (U.S.A.). RPM International Inc. (U.S.A.), Nippon Paint Holdings Co.(Japan), Axalta Coating Systems, LLC(U.S.A.), The Valspar Corporation( U.S.A.), BASE Coatings (Germany),  KANSAI PAINT CO.,LTD (Japan), among others.Recent DevelopmentJan 2022 - A research team led by a chemical engineer from the University of Southern Queensland and an Australian Research Council Future Colleague has developed a non-toxic, fire retardant coating that could prevent buildings from being consumed by flames. As one of the hottest things on the planet, lava spurred the concept for a hybrid coating that would melt and eventually produce a flowing, non-combustible ceramic layer when exposed to tremendous heat. Spraying the coating on building materials during construction – such as thermal insulation foam, wood, and steel structures – could help prevent calamities.Jan 2022 - The Epsom & St. Hellier University Hospitals NHS Trust in Surrey, UK, has inked a "partners in health" deal with Zenova Group PLC, a fire safety and heat management equipment developer. Following the Trust's EME Technical Support Services division's examination of Zenova's fire safety and insulation products, the contract was signed, and Zenova was designated as an NHS valued partner. It paves the way for Zenova's products to be utilized throughout the Trust's estate to increase fire safety and insulation.

What is the major driver of the global fire protection coatings market?

Which region can lead in the global fire protection coatings market?

The APAC region can lead in the global fire protection coatings market due to demand from industries of defense, automobile, and building & construction.

Which is the second-best performing region in the global fire protection coatings market?

Europe is the second-best performing region due to increased use of this product in oil & gas and petrochemical industries in the global fire protection coatings market.

Who are the prominent players of the global fire protection coatings market?

Fire Protection Coatings: Growing Awareness about safety among the manufacturers and End-Use Indu...