The Febrile Seizures Market is anticipated to reach USD 1,583 Million by 2030 at 4.2% CAGR during the forecast period 2022-2030.
A febrile seizure is one of the most common neurological disorders observed in the pediatric age group. According to the International League Against Epilepsy (ILAE), febrile seizure, in childhood, occur as a seizure event featured with temperature over 38°C without any evidence of electrolyte imbalances in CNS infection or history. There are two types of febrile seizures i.e. simple or complex. The simple febrile seizure is the most common type associated with unconsciousness and rhythmic twitching of the arms or legs. Complex febrile seizures are less common but can last more than 15 minutes.

According to a study published in the Iranian Journal of Child Neurology in 2014, it is found that the pooled prevalence of febrile seizures in Iran was 47.9%.

Notably, growing public awareness and technological advancements are the key factors driving the febrile seizures market. Nowadays, people are becoming more aware of different types of neurological disorders. Government and other different organizations have started educating people about hygiene and diseases through seminars, and conferences. People are becoming more aware and health conscious. Thus, increasing awareness has provided a push to the growth of the Febrile Seizures Market.

The prevalence rate of febrile seizures has been decreasing from childhood to adulthood, suggested by the national epidemiological survey.

Various other factors such as increasing incidence of neurological disorders, unmet medical needs, increasing government assistance, rising healthcare expenditure, improving regulatory framework, and rising funding and reimbursement are continuously contributing to the growth of the febrile seizures market. According to the data suggested by Eurostat, it is observed that among the EU Member States, the highest value of healthcare expenditure was recorded in Germany in 2014 i.e. EUR 321 billion, which is further followed by France with EUR 237 billion, and United Kingdom with EUR 223 billion.

Despite these drivers, there are some issues associated with febrile seizures market. Some of the challenges in research and development, side-effects of treatment, the presence of misbranded and spurious drugs, and poor healthcare system in low and middle-income countries may hinder the growth of the market to an extent.

Some of the key players in the febrile seizures market are Sanofi, Cardinal Health, Merck, Pfizer, Johnson & Johnson, Abbott Laboratories, GlaxoSmithKline plc, Cephalon Inc., Shire, and UCB S.A, and others.

The febrile seizures market is segmented on the basis of type, diagnosis, treatment, and distribution channels.

On the basis of the diagnosis, the market is classified as physical examination, laboratory tests, electroencephalogram (EEG), and others. The laboratory tests are further segmented into blood tests, urine tests, and lumbar puncture.

On the basis of the treatment, the market is classified as home management, antipyretic medication, and others.

On the basis of the distribution channel, the market is segmented into hospitals, clinics, diagnostic centers, drug stores, pharmacies, and others. 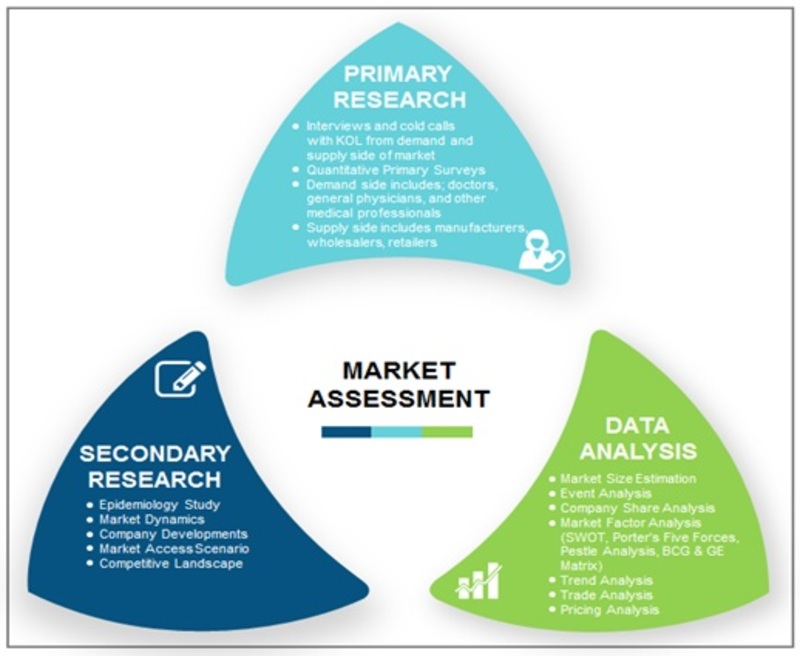 The Americas dominate the febrile seizures market owing to the rising awareness among people, and high healthcare expenditure. According to the Centers for Disease Control and Prevention in 2015, the total health expenditure in the United States was reported to be USD 3.2 trillion and hospital care accounted for a share of 32.3%.

Europe holds the second position in the febrile seizures market. It is expected that the support provided by the government bodies for research & development and improvement in the reimbursement policies in the healthcare is likely to drive the market of the European region.

The Asia Pacific is the fastest growing febrile seizures market owing to a huge patient pool and developing healthcare technology. Healthcare expenditure is also improving in various Asia Pacific countries. According to the Australian Institute of Health and Welfare in the years 2015-2016, the total health expenditure was USD 170.4 billion, which is 3.6% higher than the expenditure of 2014-2015.

The Middle East & Africa holds the least market share due to lack of technical knowledge and poor medical facilities.

Febrile Seizure Market: Increasing Awareness About Neurological Disorders Is Projected To Boost A...