The Electronic weighing scale market share valuation is expected to grow USD 13.2 Billion in 2030, with a compound annual growth rate of 6.30% during the period of assessment.

An electronic weighing scale is a machine or device which is used to measure the weight of any kind of object ranging from a feather to a loaded truck. This device measures the weight and after converting presents it in electronic form. These measurements, which are present in the electric form are displayed on the LCD screen after being processed properly. The application of electronic weighing machines can be found in various sectors such as retail, jewelry, laboratory, health care, and other industrial applications. The advantages attached to these electronic weighing scales are that there are compact, can measure multiple loads, accuracy, and online processing delivery. These weighing scales are much better and continent than iron weights or spring balances. These weighing scales come with different measurement units such as grams, kilograms, pounds, ounces, etc.

The coronavirus pandemic has given a very hard time to most of the manufacturing, developing, production, and logistic units of the market. Due to this pandemic situation, restrictions were imposed by the government of different countries. Also, many industries and shops are being shut down due to this pandemic and which has led to a decline in the demand for weighing scales. Also, the sales of this market have reduced to a great extent as there is no use of these machines during the lockdown. These weighing machines are also used in fitness centers that are closed due to deadly coronavirus another factor that had impacted electronic weighing scale market. But there is a ray of hope that as soon as these restrictions are lifted the market will make a powerful comeback with enhanced profits than before.

Many new inventions are taking place in this sector. The prime players of this market are coming up with new machines that can convert the reading present on the LCD screen into any measurement unit of the users’ choice. Secondly, the weighing scales used for industrial purposes are required to be connected to an electricity source all the time so, a lot of manufacturers are attempting to come up with machines that have in-built batteries and can work during office hours properly if once charged like mobile phones. Also, there is scope for making those big weight scales into light and compatible ones. 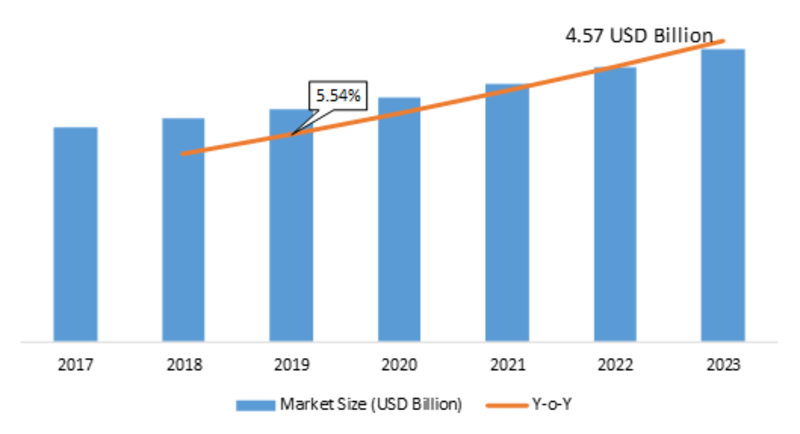 The Electronic weighing scale industry movement is remarkably working in 6 major regions of the world that is North America, South America, Asia Pacific, Europe, and the Middle East & Africa. Among all these regions, the North American region will dominate this market, and the reason attributed to it is the rising demand for the use of automated electronic measuring devices for testing and measurement purposes across various industries. In addition to its availability of proficient technical experts will boost the growth of electronic weighing scale market in this region. Europe will also witness significant growth during the assessment period as most of the prime players of this market are present in this region. Asia Pacific region will also experience tremendous growth as the raw material is easily available at a very low cost that will promote the mass production of low-cost electronic scales. This region’s growth will be led by its developing economies such as India, China, and Japan.

To get a detailed and profound idea about the Electronic weighing scale market insights, it is very important to create a competitive environment amongst the different key players at different market locations all around the country. All the market players are competing with each other globally in the international markets by implementing various types of strategies such as product launches and upgrades, mergers and acquisitions, partnerships, etc. The prime players of electronic weighing scale market include:

In June 2020, a new series of wash-down resistant weight checkers was launched by METTLER TOLEDO for accurate weight applications. These new series of weighing scales have sloped surfaces that will not allow the liquid and debris to collect over its surface. This feature will remove the risk of bacterial contamination and the conveyor belts, for proper cleaning, can be removed very easily and quickly. This machine has only four feet which makes the wash-down process easy.

In February 2020, the supplier of industrial weighing and scales systems, named D.C. martin & sons scales Inc. Was acquired by METTLER TOLEDO. This acquisition was made to strengthen the business and expand the portfolio of METTLER TOLEDO.

In the year 2019, a new roller conveyor scale was launched by Fairbanks scales in October. This machine can capture the weights of the products statically as they move down a conveyor scale. Again in December, a new series named WF forklift scale was launched by Fairbanks scales with a unique design to cope up with the needs of the mobile weighing market. In minutes this scale can convert forklifts into precision scale.

In September 2018, the talon low profile truck scale was launched by Fairbanks scales. Talon is the best choice for sites where there is no scope for clearance and foundation modification. These scales are available in 60, 70, 80-foot sizes with 12, 13, 14 inches height respectively.

What is the growth scope of the electronic weighing scale market?

Who are key players of the electronic weighing scale market?

What are types of electronic weighing scale?

The compactness of electronic weighing scale can promote its sales, thus can surge its market.

What is the regional analysis of the electronic weighing scale market?

The ongoing trend of automation can boost the electronic weighing scale market expansion in North America.