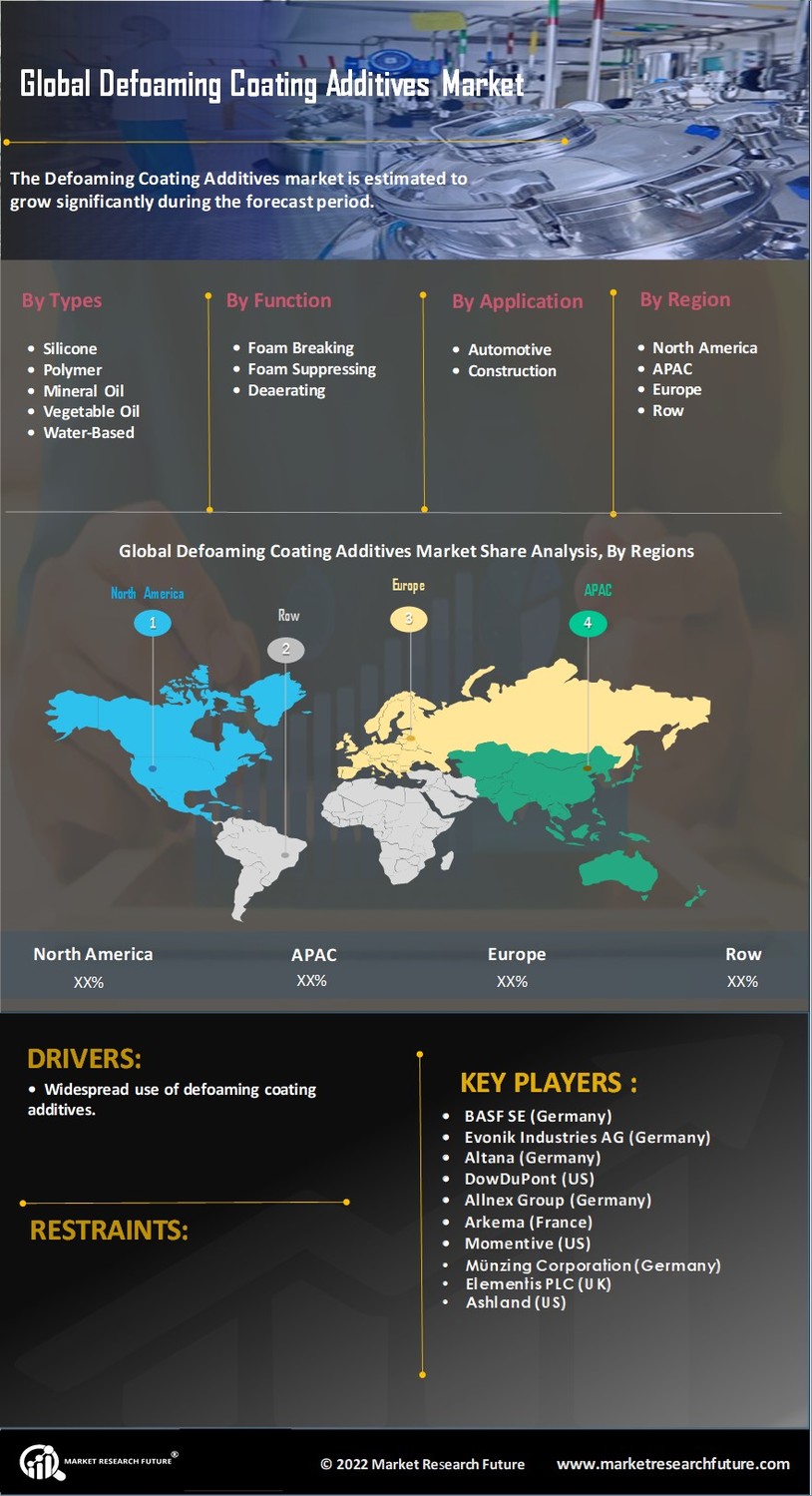 The global defoaming coating additives market has been analyzed with respect to five regions—Asia-Pacific, North America, Europe, Latin America, and the Middle East & Africa. The market in Asia-Pacific dominated the global market in 2017 due to widespread infrastructure development and construction resulting from rapid industrialization and urbanization. The growth of the consumer appliances market in countries such as India, China, and Japan is expected to fuel market growth in the region during the assessment period. Moreover, there is significant demand for defoaming coating additives in the established textiles industry in the region.

The European market accounted for the second-largest share in 2017 due to the large-scale production and export of automotive parts by companies based in the region, especially in Western Europe. Moreover, the growing construction industry in the region is expected to propel market growth in the coming years.

The market in North America remains lucrative owing to the presence of major end-use industries such as automotive and construction in the region.

The Latin American market is projected to grow at a significant rate due to the demand from the automotive and construction industries in countries such as Argentina, Brazil, and Chile.

Lastly, the market in the Middle East & Africa is expected to showcase considerable growth owing to the infrastructural hub present in the region. 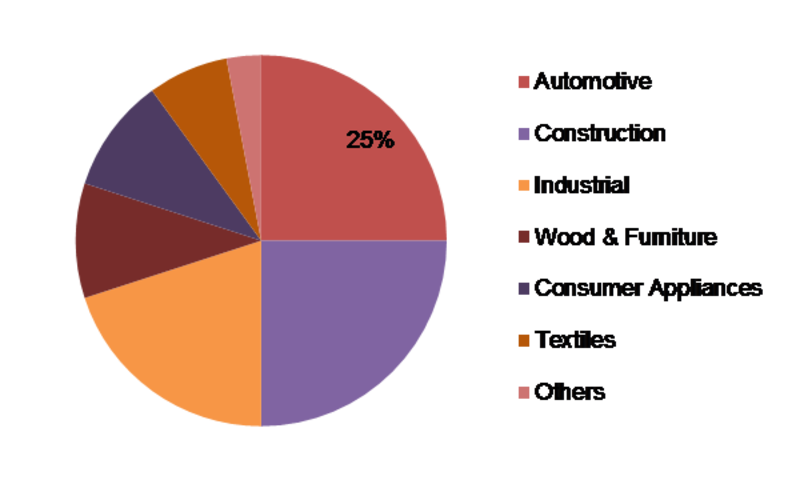 The global defoaming coating additives market has been segmented by type, function, application, and region.

By type, the market has been segmented into silicone, polymer, mineral oil, vegetable oil, water-based, emulsion-based, and powder-based defoamers.

Based on function, the market has been divided into foam breaking, foam suppressing, and deaerating.

On the basis of application, the market has been classified as automotive, construction, industrial, wood and furniture, consumer appliances, textiles, and others.

Foam is the dispersion of gas into liquid. The formation of foam during the production and processing of coatings, printing inks, and plastic materials is undesirable as it can cause pinholes, cratering, creation of scum, and defects in coatings, thereby lowering efficacy and quality. Defoaming coating additives, also called defoamers, are air-release agents that prevent the formation of and destroy foam bubbles. The addition of defoamers to paints improves adhesion, moisture resistance, and saltwater resistance.

The global defoaming coating additives market is primarily driven by the widespread use of such additives in major applications such as automotive, construction, industrial, wood and furniture, textiles, and consumer appliances. The high production and sales of automobiles across the globe are driving market growth. Defoamers improve the appearance of paints and offer wear resistance, reinforcement, and weight reduction of the automotive body.

Rapid industrialization and urbanization in the emerging economies of Asia-Pacific have resulted in a surge of construction and infrastructure development, which is expected to fuel market growth. Moreover, water-based defoaming agents help reduce the emissions of volatile organic components (VOC) and are, thus, environmentally friendly. Various government initiatives and regulations by the US Environmental Protection Agency and the European Union’s REACH regulations for the reduction of VOC emissions are expected to propel the demand for water-based defoamers. Additionally, the demand for silicone-based defoamers in wastewater treatment due to the scarcity of drinking water across the globe is likely to positively influence market growth during the review period.

However, the volatility in raw material prices is likely to pose a challenge to market players.

Some of the recent developments observed in the market include product launches. For instance, on 29 September 2016, BASF SE launched a new defoamer, Efka PB 2744, which provides excellent efficiency, long-term persistence, and effectiveness against macro and microfoam. It has a very low VOC content and has been specifically designed for industrial flooring formulations in compliance with the latest norms.

Rapidly growing urbanization and industrialization would inspire better growth of the market.

Name the end users to be impacted by defoaming coating additives market growth.

Textiles, Automotive, wood and furniture, construction, industrial, and consumer appliances would be impacted by the growth.

Which region to head the defoaming coating additives market growth?

What types have been included in the defoaming coating additives market report?