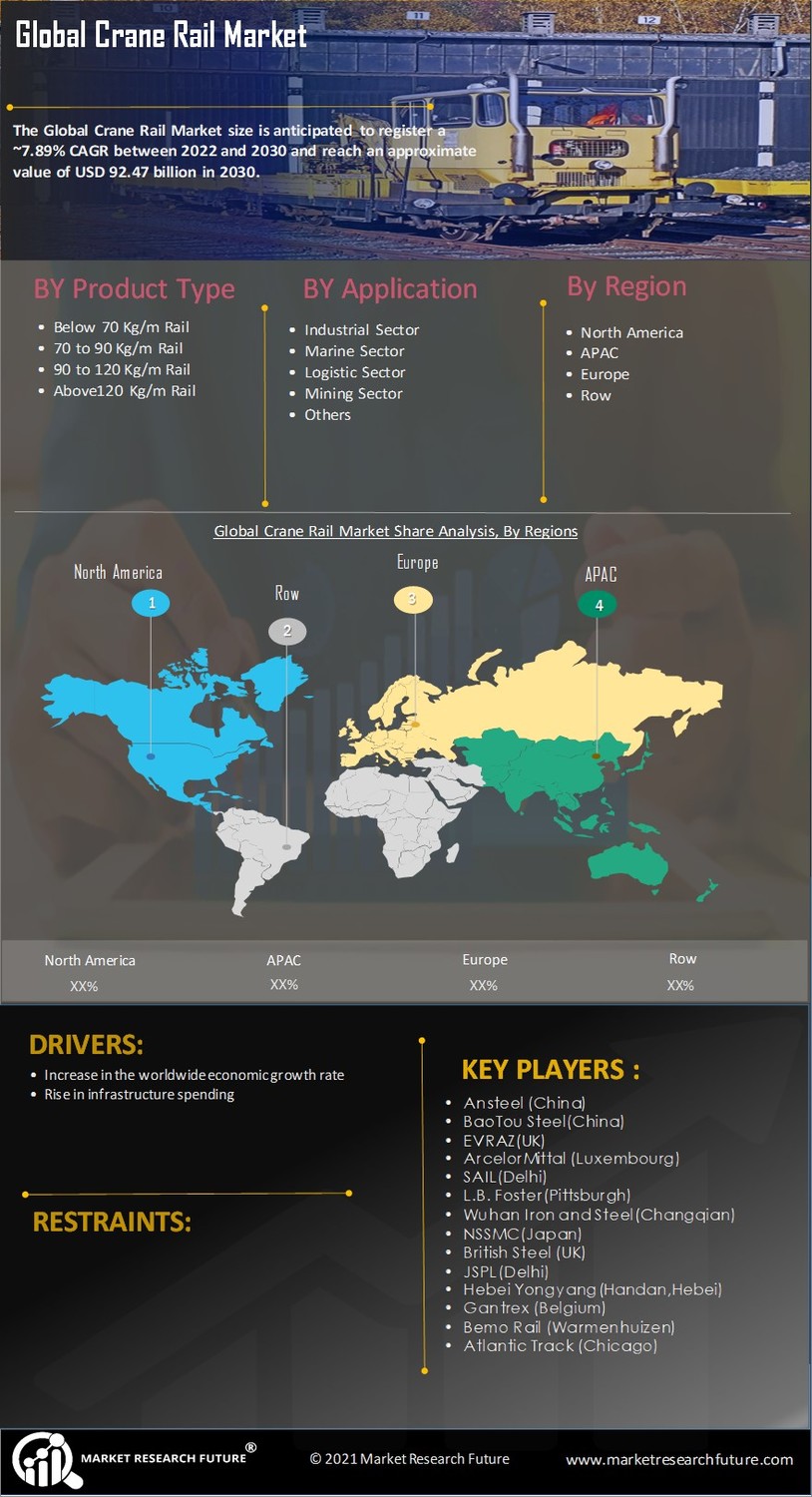 From 2018 to 2027, the worldwide crane rail market is expected to be driven by a rise in infrastructure spending. The US Government has prioritized infrastructure spending to encourage growth and thus create jobs in the industry. Asia-Pacific accounted for more than half of all infrastructure spending. China was responsible for approximately half of the total amount. Due to their high-intensity output and capacity to work in unfavorable terrains and weather conditions, all-terrain cranes are becoming increasingly popular in the new age of construction, which is likely to promote their rise in the near future. In recent years, the need for all-terrain cranes has risen dramatically due to the growing popularity of tall building construction and mining and power resource development.

During the projected period, however, growth in the utilization of mobile cranes is expected to pose a threat to the crane rail market. Cranes are built or erected on the job site to help with lifting. They are disassembled when they have served their purpose. Moreover, they do not offer the same flexibility as mobile cranes. Mobile cranes are small, take up less area to assemble, and do not require tracks. In the following years, this is projected to limit the market for crane rails. Mobile cranes are increasingly being used as a substitute since they are compact, need less assembly area, and eliminate the need for crane rails.

Based on application, the global crane rail market can be divided into the industrial sector, marine sector, logistics sector, mining sector, and others. Because of the global crisis, the construction industry has seen significant changes in recent years, resulting in industry contraction in developed economies. Despite the global crisis, however, construction investments in most emerging economies have continued to increase at a moderate rate. Earth-moving machinery is primarily utilized in construction projects such as earth-moving, lifting, loading, and unloading weight, and leveling. Cranes are used in earth-moving equipment for various reasons, including heavyweight, high cycle rating, and precise movement. 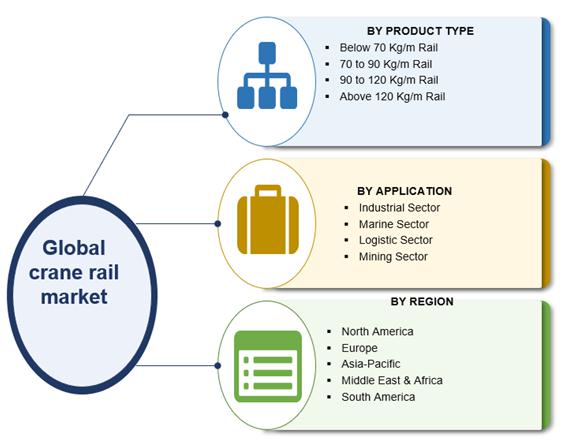 Infrastructure spending has been prioritized by the US Government to promote growth and so create jobs in the industry. Between 2007 and 2015, Asia-Pacific accounted for more than half of all infrastructure spending. China was responsible for roughly half of the total amount. Due to the tightening of government finances in Europe, spending declined between 2007 and 2015. Due to increased infrastructure developments in China and India, Asia-Pacific is expected to be the fastest-growing market during the projection period. Because of increased mining exploration and sea-borne trade in the region, North America is projected to keep a substantial stake.

As per the International Monetary Fund, global economic growth is continuously increasing, with Asia and Europe leading the way. The United States' corporate tax cuts are also projected to help North America's economy develop. Among developing countries, India’s economy is anticipated to expand at a higher CAGR than that of China, where the growth rate is likely to be moderate in the next few years.Recent Development

Feb 2022 APM Terminals Mumbai, India's busiest operator at the Jawaharlal Nehru Port Trust (JNPT), is investing in new, more sophisticated shore-side equipment to keep up with rising cargo volumes. The company, also known as Gateway Terminals India (GTI), plans to spend $115 million on six ship-to-shore and three rail-mounted gantry cranes (RMQCs), which it claims will increase throughput capacity and allow for the berthing of larger vessels with a capacity of 14,000 TEU, up from the current limit of 12,000 TEU. The investment will allow GTI to adapt to shifting customer demands for larger vessels. GTI's container handling capacity will rise by 10% to 2.18 million TEU per year due to this expansion.

Sep 2021 Maryland officials welcomed four major super cranes to the Port of Baltimore, allowing one of the state's largest economic drivers to handle even more cargo and create employment. The cranes will be used at the Seagirt Marine Terminal, where the Maryland Port Administration and Ports America Chesapeake just finished building and dredging a second 50-foot deep berth. The second deep berth allows the Port of Baltimore to accommodate two super-sized cargo ships simultaneously. The cranes will next dismount onto dock rails, where the substructures will be "jacked up."

At what CAGR is the Crane Rail Market predicted to grow during the forecast period?

What is the forecast period of Crane Rail market research report?

The forecast period for Crane Rail market research report is 2022-2030.

Which region will lead the global Crane Rail market?

What are the key factors driving the Crane Rail market?

The global crane rail market is expected to witness decent growth during the forecast period: MRFR