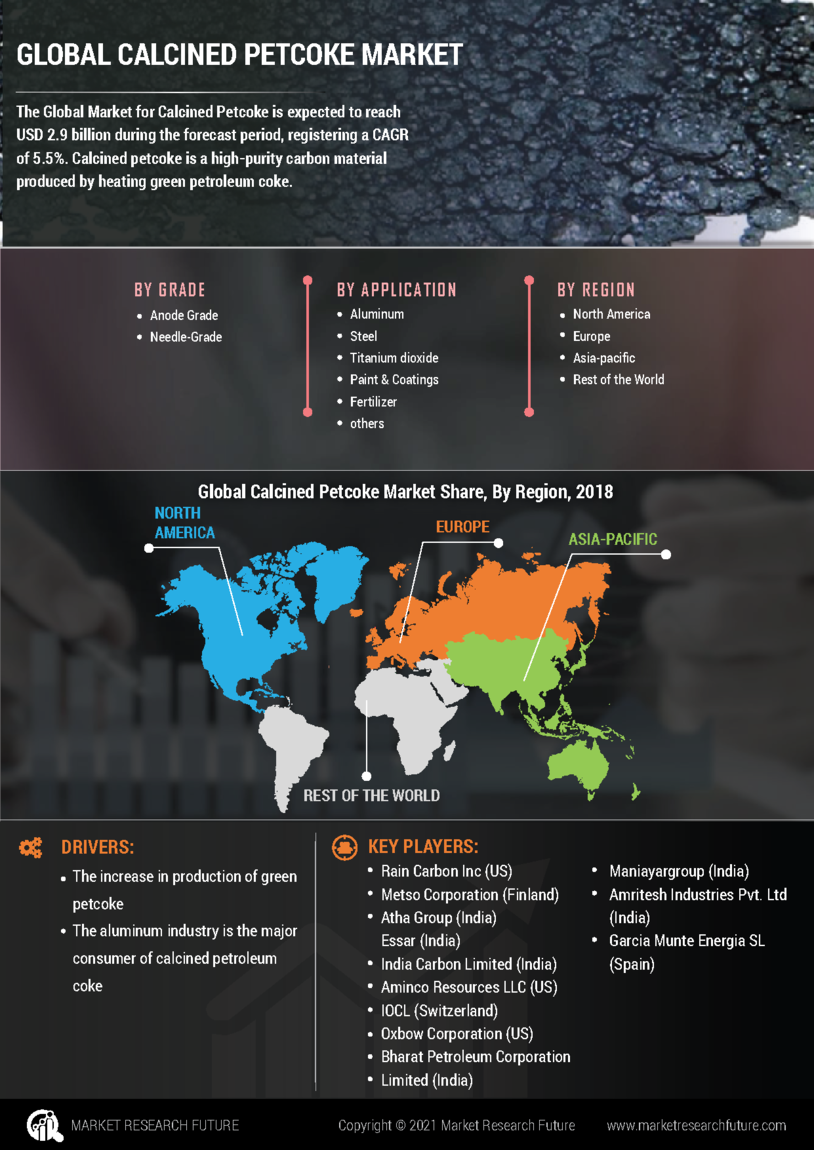 The global market for calcined petcoke is expected to reach USD 2.9 billion during the forecast period, registering a CAGR of 5.5%.

The aluminum industry is the major consumer of calcined petroleum coke, representing around 80% of the demand. Aluminum is significantly used as a carbon and energy source to generate electricity. The growing population has surged the need for energy. According to the International Energy Agency (IEA), the global energy demand in 2018 has increased by 2.3%. Further, rapid industrialization and urbanization have increased the consumption of energy, which is positively impacting the global calcined petcoke market. Also, calcined petcoke is used in the production of titanium dioxide, which finds significant applications in aerospace components, electric vehicle (EV) batteries, paints, food additives, plastics, and cosmetics, which is expected to positively influence the market growth. 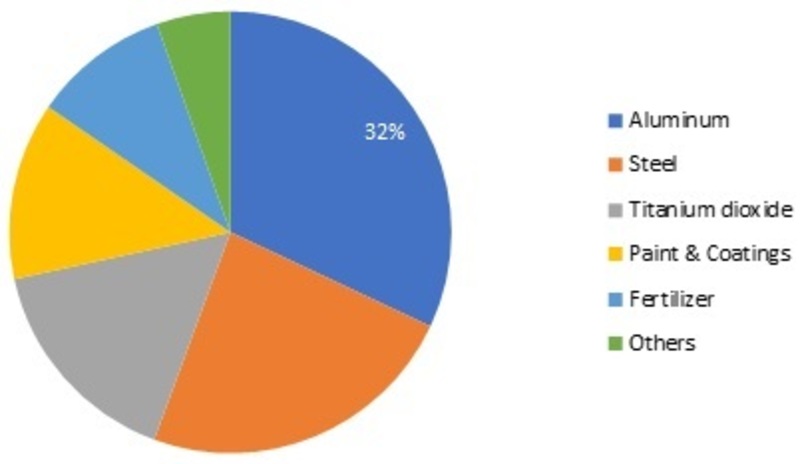 Asia-Pacific accounted for the largest market share of the global calcined petcoke market in 2018 as a result of urbanization and industrialization in developing economies such as India, China, and South-East Asian countries. The surging automotive production, infrastructure development, and growing number of manufacturing industries in the region are factors expected to boost the demand for aluminum, steel, and titanium in the region and boost the growth of the calcined petcoke market during the forecast period.

The European regional market holds significant market share in terms of volume and is expected to witness healthy growth during the forecast period. The demand for advanced high strength steel among the leading automobile producers in the region is expected to fuel the demand for calcined petcoke in the region. Likewise, the growing demand for aluminum in the aerospace industry, owing to increasing demand for lightweight metals is projected to further augment the growth of the market for calcined petcoke.

The Latin American and the Middle East & African markets are expected to grow substantially with the increase in demand for steel in the construction and automotive industries.

The global calcined petcoke market has been segmented by grade, application, and region.

By grade, the global market has been classified into anode grade and needle grade.

Based on application, the global market has been divided into steel, aluminum, titanium dioxide, paint & coatings, fertilizer, and others.

The global market, by region, has been segmented into North America, Europe, Asia-Pacific, Latin America, and the Middle East & Africa.

November 2021- Oman's first petroleum coke calcining (CPC) plant will launch at the Sohar Freezone.
Established with an investment of approximately USD150 million, Sanvira Carbon FZC will assist add value to the notable amounts of petroleum coke (petcoke) presently being formed by refineries in the Sultanate of Oman as a result of the refining process. The multibillion-dollar smelter of Sohar Aluminium, situated close to Sanvira Carbon's plant, is seen as a potential customer for the former's calcined coke output. So, the latest product will add value comparatively wasteful byproduct and assist decrease dependence on calcined coke imports; it is pointed out.

July 2021- A state-run Saudi Arabian Mining Co subsidiary inked a long-term contract of five years with a Saudi company for its aluminum smelter plant in Ras Al Khair, the Saudi state news agency (SPA) to purchase calcined petroleum coke. Ma'aden Aluminium will yearly get 100,000 tonnes of the material utilized in aluminum production after salable production begins at the end of 2024 from a plant acquired by Saudi Calcined Petroleum Coke Company (SCPCC). The transaction, of worth USD40 million per year, is an element of the company, known to be the biggest miner in the Gulf, to annually get 320,000 tonnes of calcined petroleum coke from local sources.

How much is The Global Calcined Petcoke Market worth in the future?

Valuation of The Global Calcined Petcoke Market is projected to reach USD 2.9 BN by 2024.

At what CAGR is The Global Calcined Petcoke Market projected to grow during the forecast period (2019-2024)?

Calcined Petcoke Market is projected to expand at over 5.5% CAGR during the assessment period (2019-2024).

Which are the major segments in The Global Calcined Petcoke Market?

Based on applications, the aluminum segment and based on grade, the anode segment account for the largest share in The Global Calcined Petcoke Market.

Which region holds the largest share in The Global Calcined Petcoke Market?

Who are the top players in The Global Calcined Petcoke Market?