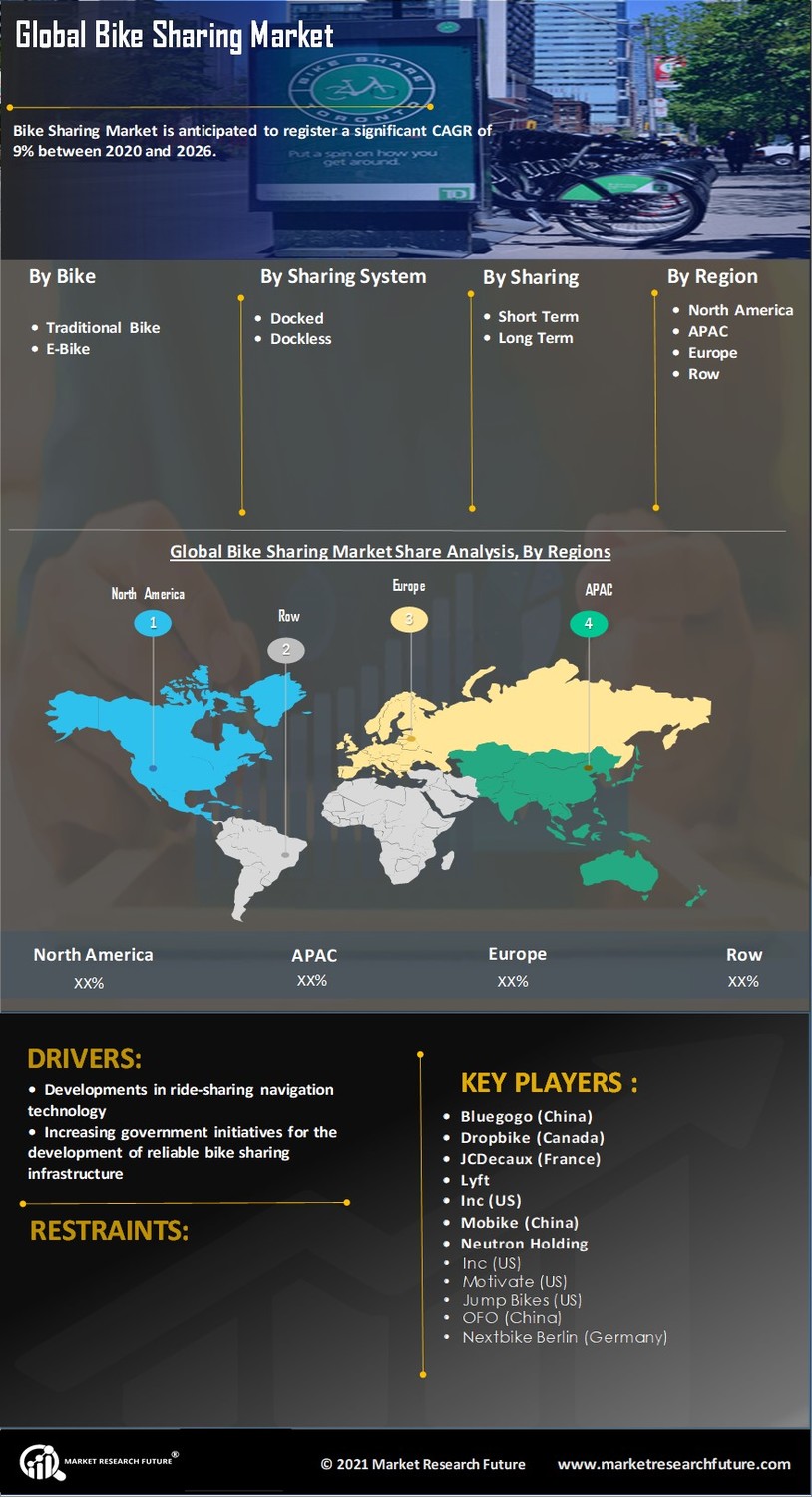 Bike Sharing Market is anticipated to register a significant CAGR of 9% between 2022 and 2030.

Global Bike Share Market is projected to expand over the 2022–2030 forecast period with a healthy growth rate of more than 9%. Over the coming years, the bike-sharing market is rising continuously around the globe. Bike-sharing is a creative urban transportation solution that incorporates the convenience and functionality of a commuter with public transit connectivity. Bike share is based on a self-service bike station infrastructure that can attract new individuals to bicycle commuting by offering fun, clean, and stable bikes and encouraging new demographics. Moreover, growing traffic issues due to the increasing use of cars and developments in ride-sharing navigation technology are both reasons that raise the market for bike-sharing worldwide.

Increasing government initiatives for the development of reliable bike sharing infrastructure and the proliferation of smart cities worldwide are driving the bike sharing market growth. For instance, the Government of India has encouraged the use of electric bikes. By the end of 2035, the government plans to convert fuel vehicles into electric vehicles. Key players in the global bike share market are Bluegogo (China), Dropbike (Canada), JCDecaux (France), Lyft, Inc (US), Mobike (China), Neutron Holding, Inc (US), Motivate (US), Jump Bikes (US), OFO (China), and Nextbike Berlin (Germany).

Key players in the global bike share market are - 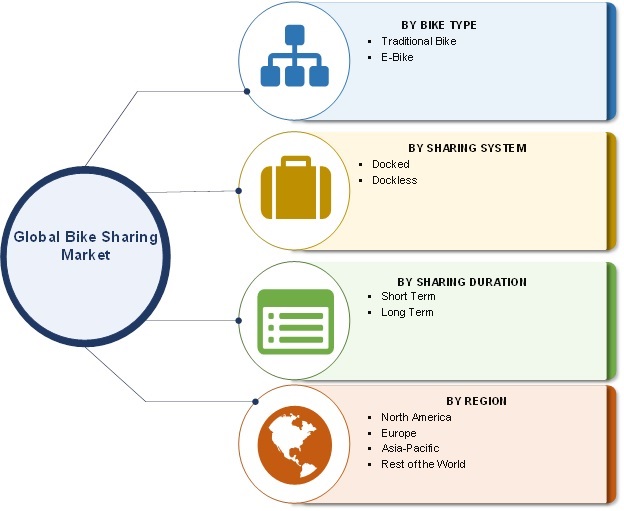 Global Bike Share Market is expected to witness moderate growth during the forecast period owing to the growing vehicle production and increased demand for lightweight Bikes. These factors are expected to drive the demand for bike share in the coming years.

Based on region, the global bike share market has been segmented into North America, Europe, Asia-Pacific, and the rest of the world. Asia-Pacific is projected to dominate the market in the coming years, which can be attributed to the increasing vehicle production and the presence of prominent players operating in this region. Furthermore, the per capita disposable income levels and spending capacity are increasing in the North American and European markets.

What are the Drivers and Opportunities for the Bike Sharing Market?

What is the Bike Sharing Market Growth?

Bike Sharing Market is anticipated to register a significant CAGR of 9% Between 2022 and 2030.

Who are the Key Players in the Bike Sharing Market?

Which Region Held the Highest Market Share in the Global Bike Sharing Market?

Which Segment Will Dominate the Bike Sharing Market?