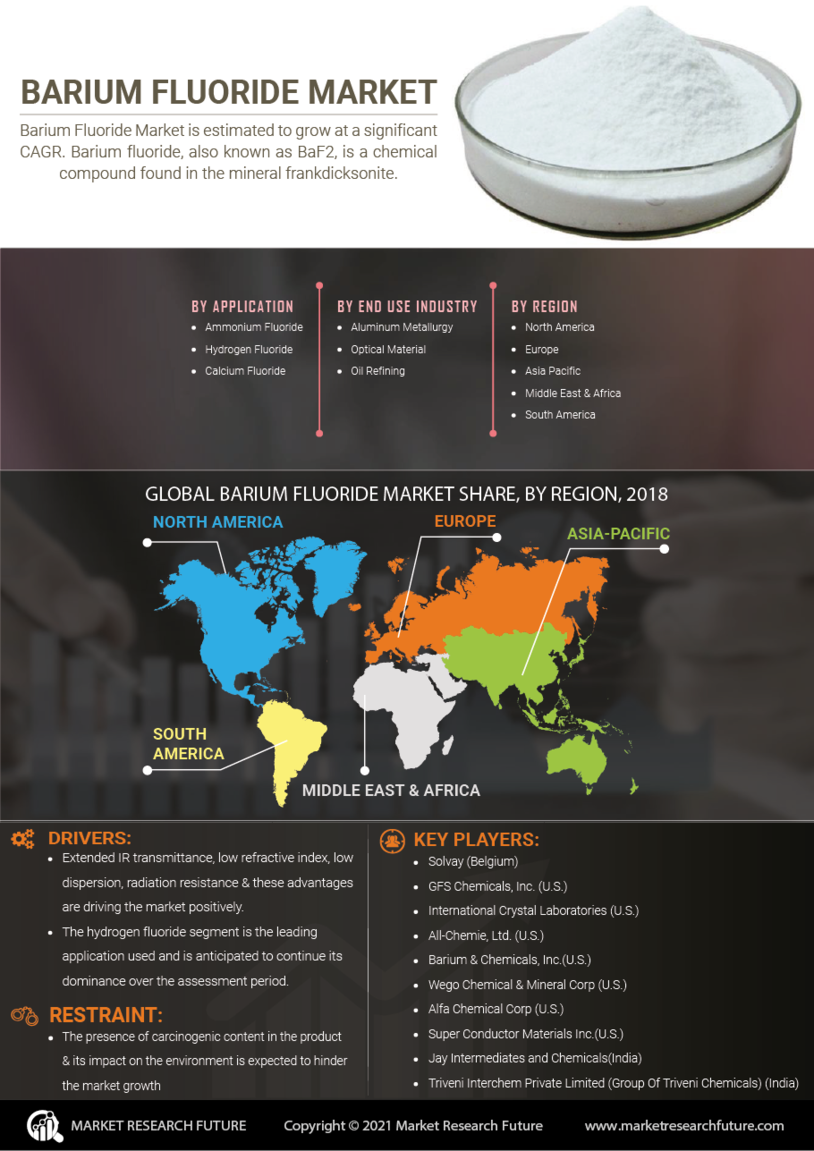 The Barium Fluoride market is growing at an exponential pace in the forecast period. BaF2 also known as barium fluoride is a chemical substance that has a wide range of uses. It is a composition of fluoride and barium salt. The solid material of the component is known as frankdicksonite in nature. The water-insoluble properties of this product make it useful for metal production. There are several oxygen-sensitive applications with barium fluoride. There are technologies refining processes to use barium fluoride in the pharmaceutics industry.

Organic chemistry is gaining more traction in many regions. It is used in the oil refining process. Due to this, the market has versatile demand for gasoline, semiconductors and other chemicals market. The developed regions have the highest demand for barium fluoride. The awareness about the product is surging in this region. The rising per capita income is a crucial driver of the market.

There are exceptional investments in the market that rise overall growth opportunities in the forecast period. The European market has notable growth from the aluminium industry. Innovation and technological advancements will create growth prospects in the market. Demand from countries such as Germany and UK will enhance the overall supply rate of the market. Due to these reasons, the barium fluoride market value remains immense. Barium Fluoride Market: Regional Analysis

The Barium Fluoride market is segmented across five regions: Asia Pacific, North America, Europe, Latin America, and the Middle East & Africa. Among these, Asia Pacific holds the major share of the market due to the growing consumption of inorganic compound in aluminum metallurgy, optical material, oil refining, spectroscopic components, pharmaceuticals, and others. Increasing demand for the barium fluoride in the production of welding agents is expected to drive the market during the forecast period. Therefore, countries such as the China, Japan, and India are the major players in the market.

The North American region is growing significantly due to an increased consumption of the product in various applications such as ammonium fluoride, hydrogen fluoride, and calcium fluoride segments. It is predicted that the investments and rising per capita income in the region are likely to drive the market during the forecast period. The growing consumption of an inorganic compound as a solvent and chemical intermediates has propelled the market in countries such as U.S., Canada, and Mexico to achieve a stunning growth.

The European market has observed a notable growth due to increasing capacity of the product and improving infrastructure facilities in aluminum refineries. It is estimated that the growing innovation and technological advancement are predicted to propel the growth in the countries such as the U.K., Italy, Germany, and France during the forecast period.

The Latin American region is estimated to witness a recognized development in the market due to growing consumption of barium fluoride in aluminum metallurgy, optical material, pharmaceuticals, and food industries. Moreover, the Middle East & Africa is anticipated to witness a higher growth in the market due to increasing demand for the product in the production of welding agents’ semiconductors, and others.

Barium fluoride, also known as BaF2, is a chemical compound found in the mineral frankdicksonite. It is obtained in solid form with a transparent property in nature. It is water-insoluble and used extensively in various applications such as IR optics, optics for astronomical instrumentation, space optics, and others. Moreover, it is known for extended IR transmittance, low refractive index, low dispersion, radiation resistance and these advantages are driving the market positively. Thus, they are used in various end-uses such as aluminum metallurgy, optical material, oil refining, spectroscopic components, pharmaceuticals, food, and others.

Among the various segments in barium fluoride market, the hydrogen fluoride segment is the leading application used and is anticipated to continue its dominance over the assessment period. It is extensively used as refrigerants, pharmaceutical intermediates, and fluoropolymers. Moreover, it is also widely consumed in metal manufacturing, glass etching & polishing, production of gasoline, stainless steel pickling, semi-conductor preparation, and various applications in the chemical and specialty metal production industries. It has been observed that the presence of carcinogenic content in the product and its impact on the environment is expected to hinder the market growth over the assessment period. The market by end-use is segregated into aluminum metallurgy, optical material, oil refining, spectroscopic components, pharmaceuticals, food, and others. The aluminum metallurgy segment holds a major portion of the market due to extensive use of the compound in enamel and glazing frits production, as flux and pacifying agent. This compound is also used in the production of welding agents, rods and powder. Moreover, the increasing demand for barium fluoride in an optical material, oil refining, spectroscopic components, and other segments is projected to drive the market during the forecast period. 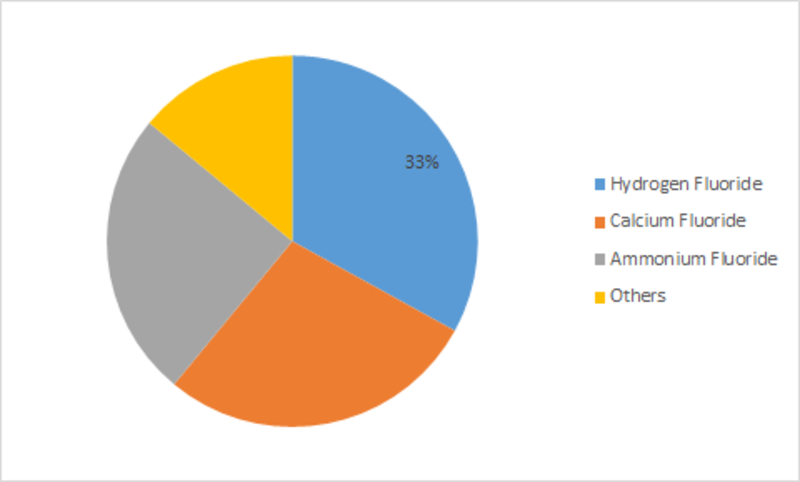 
The barium fluoride market has a wide range of key players. Recently there are only some key players active in the market. Solvay, American Elements, Barium & Chemicals, Inc., Alfa Chemical Corp, and Triveni Interchem Private Limited are companies that are in business. The key players in the Asia pacific are involved in many research activities. This research in optics and photonics is expected to grow overall demand in the market. New product launches are expected to increase long term sustainability and stability in the market. All these are factors that will happen due to research in the market.

Mention industries that can inspire the barium fluoride market growth?

Which region is deemed to dominate the global barium fluoride market?

Asia Pacific has the scope to dominate the global barium fluoride market growth.

What can deter the barium fluoride market growth?

The presence of carcinogenic elements can deter the barium fluoride market growth.

Which segment is expected to dominate the barium fluoride market?

The hydrogen fluoride segment has the potential to lead the barium fluoride market.