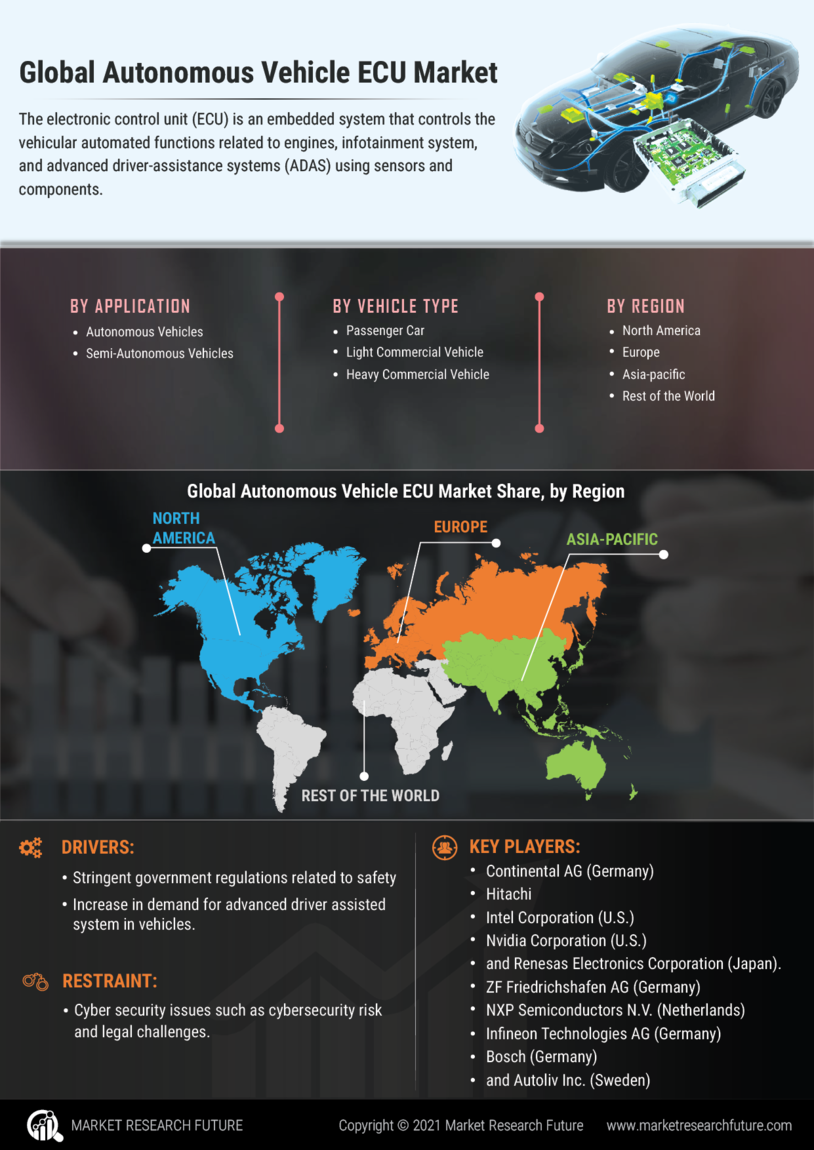 The Global Autonomous Vehicle ECU Market Size is expected to cross USD 94.8 Billion by 2027 at a CAGR of 6.8% during the forecast period ending in 2027

The electronic control unit (ECU) is an embedded system that controls the vehicular automated functions related to engines, infotainment system, and advanced driver-assistance systems (ADAS) using sensors and components. An autonomous vehicle ECU is used for lane departure monitoring, and collision avoidance, which improve vehicle safety. Autonomous vehicle ECU is the most demanding due to higher compute performance, more connectivity, and increased levels of safety and security.

The factors that are responsible for the growth of autonomous vehicle ECU market are stringent government regulations related to safety, increase in demand for advanced driver assisted system in vehicles, growing sales of vehicles, and others. The vehicle manufacturers are developing new technologies to improve the vehicle safety system and intelligent transport system (ITS), due to increased accidents, across the globe. The key factors, which aid the market growth are the increased number of government mandates, globally, for advanced driver-assistance systems (ADAS) features and the inclusion of basic safety systems such as anti-lock braking systems (ABS), and airbags. Furthermore, increased adoption of advanced safety systems and driver assistance features such as blind spot detection, and automatic emergency braking at lower costs are expected to boost the growth of the autonomous vehicle ECU market. To reduce the number of road accidents, the regulatory bodies of various regions such as Europe are mandating the installation of advanced safety systems, and anti-lock braking system (ABS) in vehicles, increasing the growth of the market. The key driver of the market is the rise in the number of accidents due to human errors such as driving for long hours leading to sleepiness, driver fatigue, and stress. Hence, the automotive ecosystem is supporting the adoption of semi-autonomous vehicles and will gradually shift toward autonomous vehicles that are free from human errors. The increased sales of vehicles, across the globe, will result in high demand for autonomous vehicle ECU in the market. However, cyber security issues such as cybersecurity risk and legal challenges in autonomous vehicles will hamper the growth of the market. 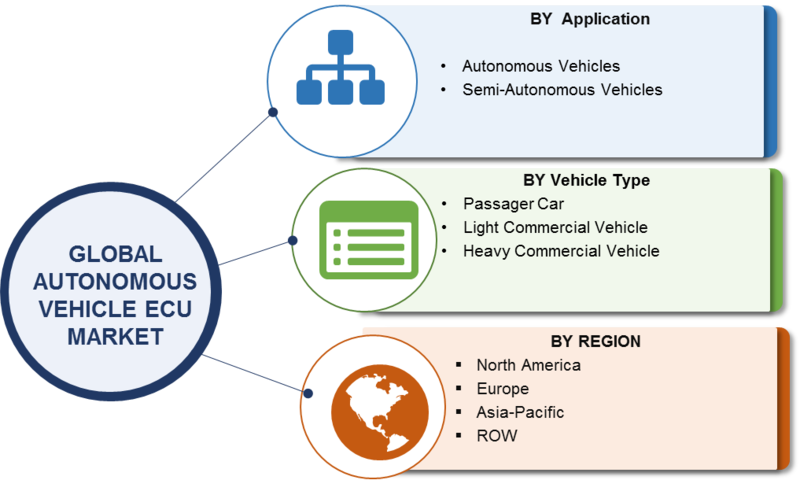 On the basis of region, the market is segmented based on North America, Asia-Pacific, Europe, and Rest of the World. North America region is expected to dominate the market in the future due to increase in demand of advanced safety, convenience, and comfort systems in countries such as U.S., and Canada. Also, there has been an increase in the sales of vehicles in North America, which increased installation of autonomous vehicles ECU in the vehicles.

The report for Global Autonomous Vehicle ECU Market of Market Research Future comprises extensive primary research along with the detailed analysis of qualitative and quantitative aspects by various industry experts, key opinion leaders to gain the deeper insight of the market and industry performance. The report gives the clear picture of current market scenario which includes historical and projected market size in terms of value and volume, technological advancement, macro economical and governing factors in the market. The report provides details information and strategies of the top key players in the industry. The report also gives a broad study of the different market segments and regions.

The market can progress in the coming years at a strong growth rate.

The global market position is anticipated to surge at a considerable pace in the following years.

What vehicle types are covered in the report?

The vehicle types covered in the report include passenger, light commercial and heavy commercial vehicles.

What are the applications of autonomous vehicle ECU?