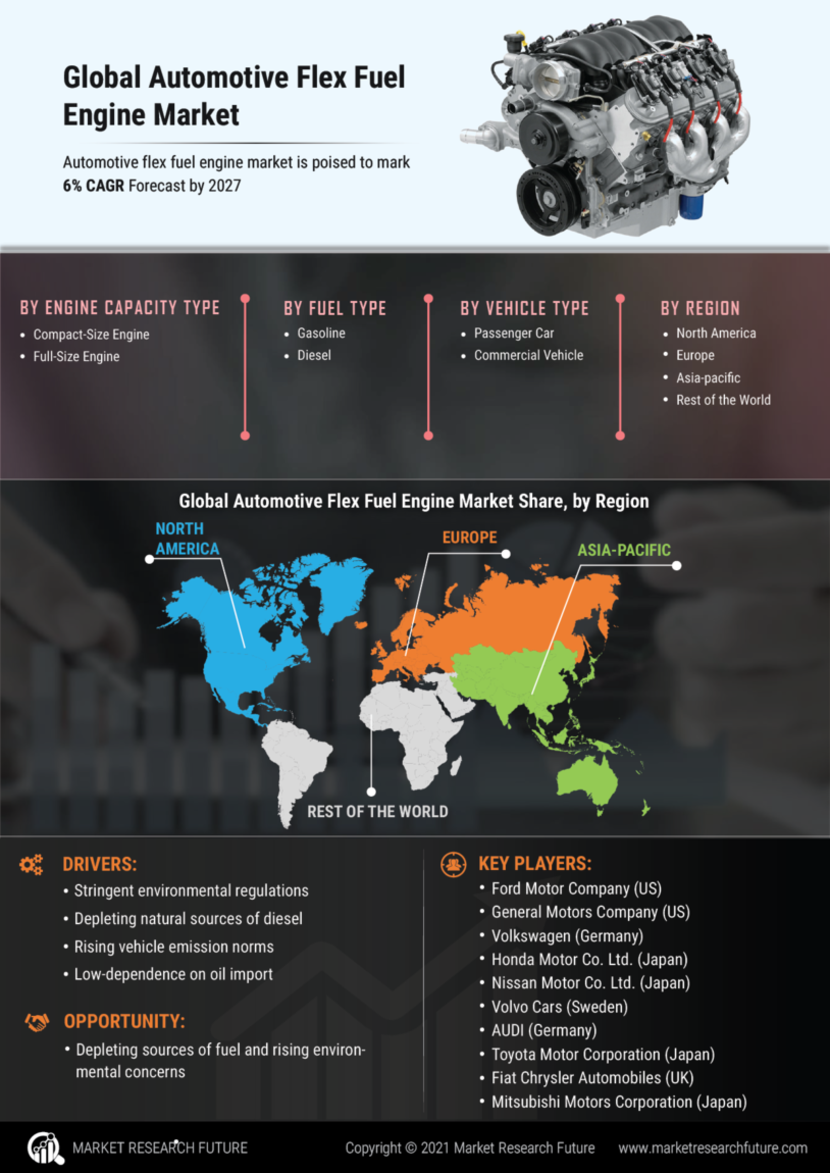 Some of the  drivers of automotive flex fuel engine market are stringent environmental regulations, depleting natural sources of diesel, rising vehicle emission norms, and low-dependence on oil import. The European automakers are initiating various types of developments such as cleaner alternative fuels and advanced power systems for vehicles, which are being given priority to improve flex fuel engine efficiency. Therefore the reduced import of oil would eliminate a crucial expenditure and improve the country’s economy. Hence, countries with limited oil reserves are continuously taking initiatives to reduce oil consumption and boost the use of domestic alternative fuel. The trend in the automotive flex fuel engine market is second-generation ethanol becoming popular in flex-fuel vehicles. However, high production cost of ethanol hampers the growth of market. 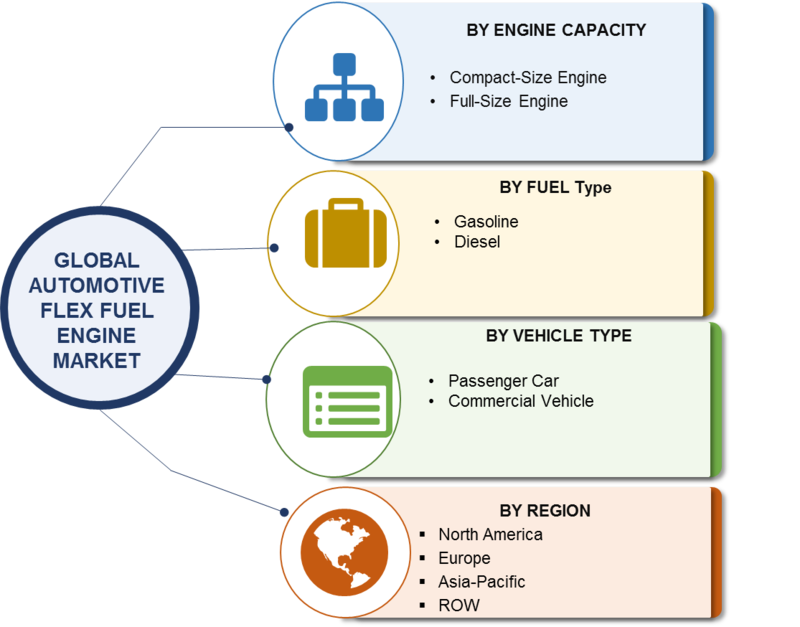 The report for Global automotive flex fuel engine Market of Market Research Future comprises of extensive primary research along with the detailed analysis of qualitative as well as quantitative aspects by various industry experts, key opinion leaders to gain the deeper insight of the market and industry performance. The report gives the clear picture of current market scenario which includes historical and projected market size in terms of value and volume, technological advancement, macro economical and governing factors in the market. The report provides details information and strategies of the top key players in the industry. The report also gives a broad study of the different market segments and regions.

At what rate is the automotive flex fuel engine market poised to grow?

By engine capacity size, what are the segments of the automotive flex fuel engine market?

On the basis of engine capacity size, the segments of the automotive flex fuel engine market are compact-size engine and full-size engine.

What are the factors poised to drive expansion of the automotive flex fuel engine market?

What are the segments of the automotive flex fuel engine market on the basis of fuel type?

By fuel type, the segments of the automotive flex fuel engine market are diesel and gasoline.

Who are the primary players of the automotive flex fuel engine market?