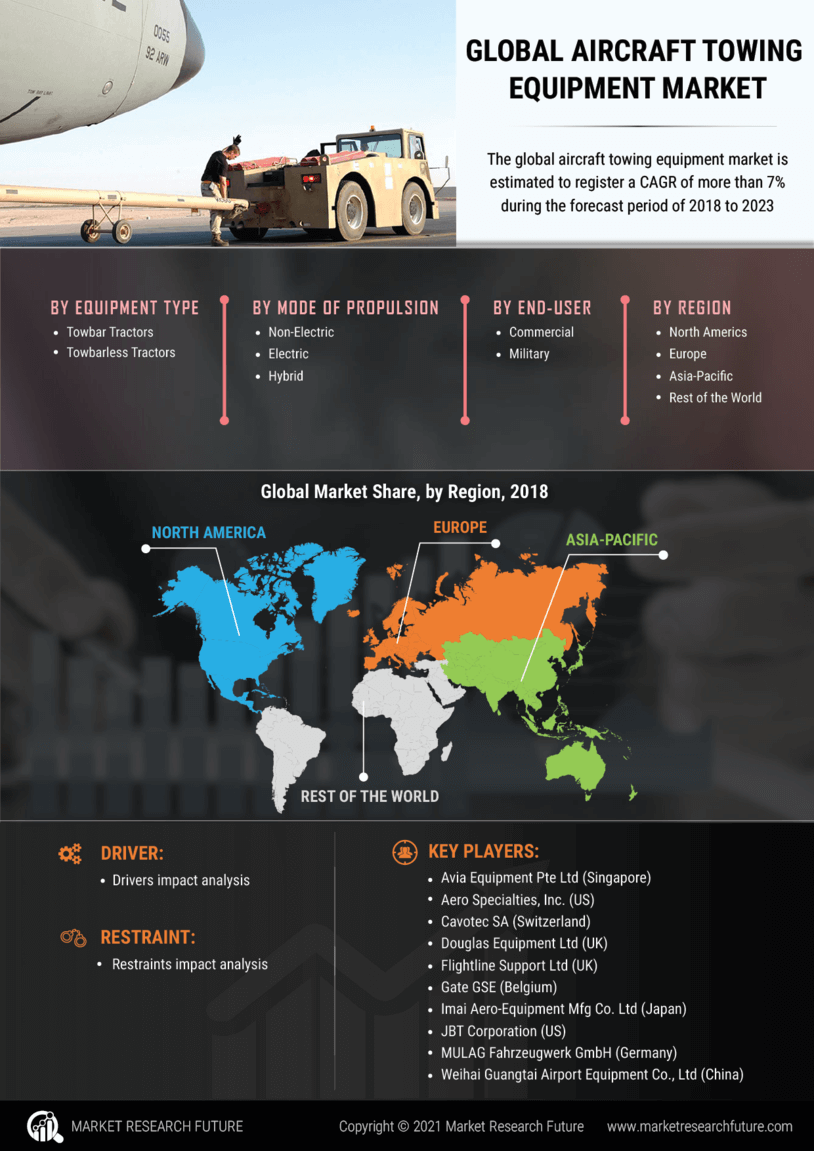 This study provides an overview of the global market has three market segments across five regions. The report studies the key players, providing a five-year annual trend analysis that highlights market size, volume, and share in North America, Europe, Asia-Pacific, the Middle East & Africa, and Latin America. The report also provides a forecast, focusing on the market opportunities for the next five years in each region. The study segments the global market by equipment type, mode of propulsion, end-user, and region Equipment Type

At what rate can the market expect to advance in the near future?

The market can expect to advance at rate of 7% in the near future.

Which end-user is the leading segment in the market?

The commercial segment is the leading end-user in the market.

Which region can expand at the highest rate?

APAC can expand at the highest rate during the analysis period.

What are the propulsion-based segments considered in the report?

The propulsion-based segments considered in the report are non-electric, electric, and hybrid.

Which equipment type segment surge at the fastest rate?

The towbarless tractors segment can surge at the fastest rate.

The global aircraft towing equipment market is estimated to register a CAGR of 7% during the fore...