The Global Small Molecule API Market has been evaluated as growing market and expected that the market will reach high growth figures. Small-molecule drugs accounted for 84% of pharmaceutical industry revenues in 2014. In addition, small-molecule drugs still account for approximately two-thirds of the candidates in the current pharmaceutical industry. There has been a significant development in the small molecule API manufacturing in the segments such as oncology, cardiovascular diseases, metabolic disorders. Besides that, Contract manufacturers that focus on the development and production of small-molecule APIs are experiencing significant growth as a result. The revenues of publicly traded contract manufacturing organizations (CMOs) that are involved only in the development and production of small-molecule drugs increased by 15% in the first half of 2015, with some companies achieving revenue growth of greater than 20%. 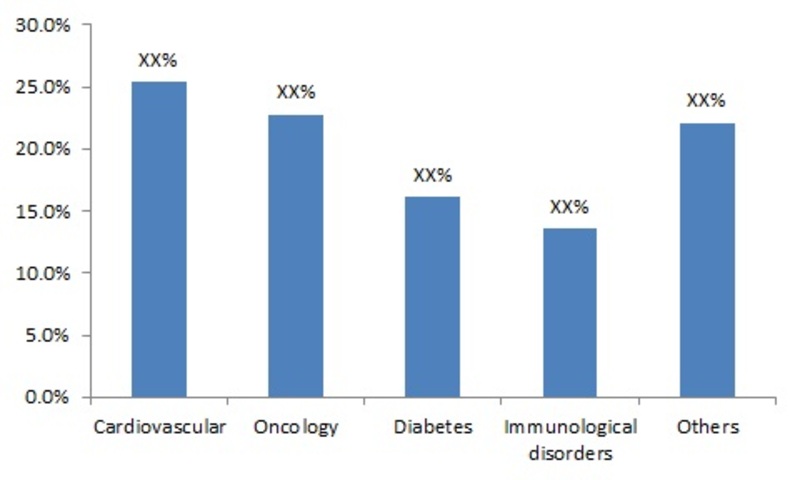 Small molecules are the organic compounds having low molecular weight which is approximately less than 900 Daltons. It includes lipids, monosaccharaides, secondary messengers, other natural products and metabolites, drugs and other xenobiotic. Small molecules can have a variety of biological functions, such as cell signaling molecules, as drugs in medicine, as pesticides in farming, and in many other applications. These compounds can be natural or artificial; they may have a beneficial effect against a disease or they may be harmful. Active Pharmaceutical Ingredients are the chemically active portions of any drug, which are meant to produce the desired effect in the body.

In the coming years, the global small molecule API market will advance more than it has in the past several years. Small molecule API is playing an integral part in the growth of Pharmaceutical and fine Chemicals market. Initially it may take time for widespread growth in the developing countries, as the infrastructure in such areas in not up to the mark. But in the near future, the enhancement of this sector will be a major part of the evolution of the pharmaceutical industry towards the new and untapped therapeutic areas. Small molecule API segment will be one of the major money spinners in the Pharmaceutical Industry across the world.