Login Register
Please note that the assessment period of report has been updated from 2019-2025 to 2020-2027. Cordially fill the sample form for updated data.

The Global Fault Current Limiter Market is projected to be valued at USD 7.17 Billion by 2025, with ~8.16% CAGR during the forecast period, 2019–2025. The fault current limiter is a device that controls the fault current levels on utility transmission and distribution networks. The device remains invisible unlike reactors which possess some resistance during normal operation. 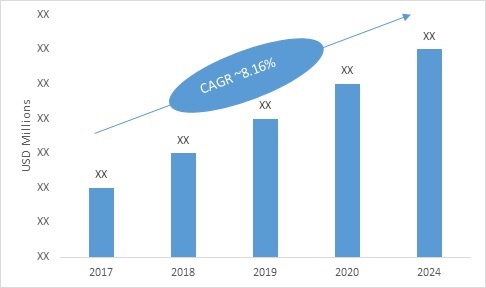 The global fault current limiter market has been segmented into six regions, which are Asia-Pacific, the Middle East & Africa, Europe, North America, and South America. Growing concern for reliable power and upgrade of T&D network in US, Canada, and Mexico would drive the demand for fault current limiter market. For instance, according to the T&D World, in June 2019, Georgia Power (US) stated its plans to invest USD 18 billion to improve reliability and resiliency of electrical system in the state. Similarly, in 2017, First Energy Corporation (US) announced its plans to spend millions to upgrade and modernize the transmission and distribution systems in Ohio, New Jersey, New York, and other places in the US. This would increase the installation of fault current limiter in the North American region.

The Asia-Pacific market is poised to be the second largest market for fault current limiter, owing to increasing investments smart grid and transmission & distribution network. For instance, in March 2019, China Southern Power Grid announced its plans to set up investment in smart grid construction in the Pearl River Delta region to improve the clean energy installation in the coming years. Moreover, according to the institute for Energy Economies and Financial Analysis (IEEFA) news in March 2019, India will launch USD 5 billion of transmission line tenders in phases to route a targeted 175 GW of power by 2022. This would open up opportunities for reliable power network devices including fault current limiters. These investments are expected to boost the fault current limiter market in the region

The fault current limiter market in South America is dominated by Brazil due to it being the largest oil producing country in the region. Moreover, Brazil is also expected to have the highest CAGR during the forecast period.

The global fault current limiter market has been segmented based on type, voltage range, and end-use. Based on type, the global market includes superconducting and non-superconducting. The superconducting segment is expected to dominate the global market and is likely to grow with the highest CAGR. The global market is segmented on the basis of voltage range as high, medium, and low voltage. The high voltage segment is expected to grow with the highest CAGR during the forecast period. Based on end-use, the market is segmented into power stations, oil & gas, automotive, steel & aluminum, and paper mills & chemicals. The power stations segment is expected to hold the largest share during the forecast period.

The global fault current limiter market is expected to grow at ~8.16% CAGR during the forecast period. 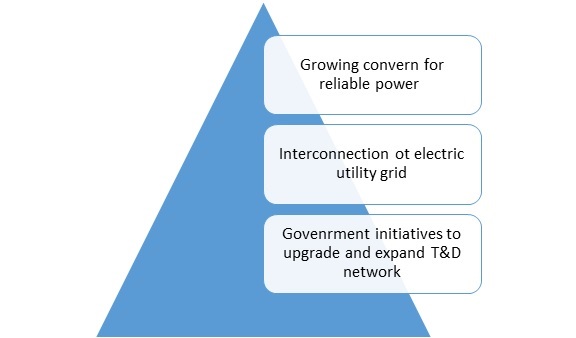 This report provides an in-depth analysis of the global fault current limiter market, tracking three market segments across five geographic regions. The report studies key players, providing a five-year annual trend analysis that highlights market size and share for North America, Europe, Asia-Pacific, South America, and the Middle East & Africa. The report also presents a forecast, focusing on the market opportunities for the next five years for each region. The scope of the study segments the global fault current limiter market by type, voltage range, end-use, and region.