Distributed Generation Market predicted to grow at more than 10.21% by 2027 :

Distributed generation is mostly run on renewable sources of energy, which reduces the dependency on conventional sources of energy for generating electrical power. Distributed generation system also supports the grid during peak hours. Additionally, the resouces are mostly located close to the load area, reducing losses during transmission. Wind energy is a major segment in this market and is estimated to grow at a phenomenol rate during the forecast period. 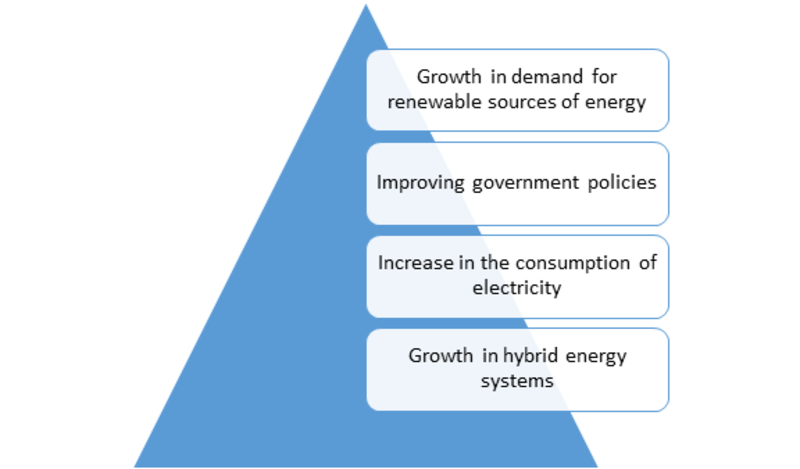 Europe accounts for the largest market share whereas Asia-Pacific is the fastest growing region.

Region wise, Europe held the largest market share of the global distributed generation market in 2017. It is estimated that Europe region will continue to dominate the market during the forecast period, mainly due to the rising demand for renewable sources of energy. The region has more than 100 geothermal plants producing about 15 TWh of electrical power in 2016. North America is the second largest market, with distributed generation system amounting to about a sixth of the total energy used in the US. It has been estimated that Asia-Pacific region will grow at the highest rate during the forecast period.

This report provides an in-depth analysis of the global distributed generation market, tracking three market segments across four geographic regions. The report studies key players, providing a five-year annual trend analysis that highlights market size, and share for North America, Europe, Asia-Pacific (APAC) and Rest of the World (ROW). The report also provides a forecast, focusing on the market opportunities for the next five years for each region. The scope of the study segments the distributed generation system market by its technology type, application type, end-use type and by region.