Please note that the assessment period of the report has been updated from 2018-2023 to 2020-2027. Cordially fill Sample form for the updated data.

Cryogenic valve is generally used for transportation and storage applications by various industries. These valves are utilized in very low temperature or extreme cold applications either to store or transport the LNG in various industries. Cryogenic valve is used in various applications such as Liquefied Ethylene, Propylene and LPG applications. LNG is the major segment which holds largest market share, as natural gas is considered as the primary source of power generation and used in wide range of application in industries such as food & beverage, storage equipment, aerospace for storage and piping the cryogenic tanks.

The Global Cryogenic Valve Market is expected to grow at 4.49% CAGR during the forecast period. 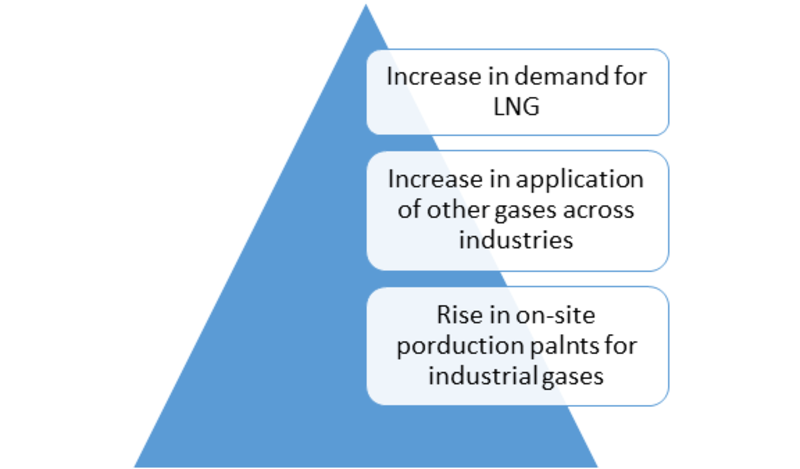 This report provides an in-depth analysis of the global cryogenic valve market, tracking four market segments across four geographic regions. The report studies key players, providing a five-year annual trend analysis that highlights market size, and share for North America, Europe, Asia-Pacific, and Rest of the World. The report also provides a forecast, focusing on the market opportunities for the next five years for each region. The scope of the study segments the cryogenic valve market by its gas, type, end-user, application and region.