The primary distinctions between the two cameras are their displays and mounts. The Hero 11 Black small does not have a front or rear screen, and its Enduro battery is integrated. The small, on the other hand, comes with an additional pair of mounting legs around the back of the camera.  The cameras use the same 10-bit sensor, which has an 8:7 aspect ratio and 27MP resolution, allowing users to cut 9:16 footage for TikTok, 1:1 clip for Instagram, and 16:9 clips for YouTube from a single take without sacrificing much detail. They also come with GoPro's Enduro battery technology and a streamlined software experience.

Focusing on the new sensor in the Hero 11 Black family, its 1/1.9-inch size is coupled with 27MP resolution - more than its predecessor's 23MP. GoPro claims improved stabilization and a new HyperView digital lens for a more immersive experience than previous GoPros. It's also the first action camera with 10-bit color and can take footage at up to 5.3K 60fps.

The cameras also include the newest version of GoPro's outstanding stabilization, Hypersmooth 5.0, which means 360 Horizon Lock without any add-ons at up to 5.3k resolution on the Hero 11 Black (30fps). GoPro has also launched Autoboost, which automatically applies optimal stabilization for whatever users are filming - this could help the Hero 11 Black become one of the most incredible action cameras of 2022. GoPro has also improved its flagship camera's battery technology this time. Previously, customers had to purchase an Enduro battery separately, but it is now included with the Hero 11 Black, with its extended run time and more excellent performance in cold areas.

While there are many new features onboard, there are also many old aesthetics, with the design and screen layout of the Hero 10 Black returning. This implies that all previous GoPro Mods, from the Media Mod to the Max Lens Mod, are compatible with the Hero 11 Black. The Hero 11 Black is also waterproof to 10 meters and is available alone or as part of the Creator Edition, which includes the GoPro Volta battery grip.

GoPro, Inc. manufactures and distributes cameras, mountable and wearable accessories, subscription services, and software in the United States and globally. GoPro undoubtedly flipped in 2020 and 2021 because of the pandemic, and their current financial record suggests a considerable rebound because of lockdowns and steady high infection rates. 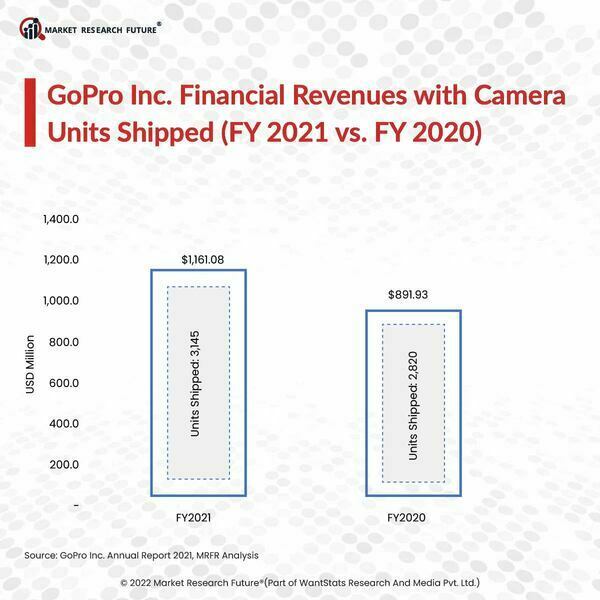