Global Market for Smartphones in 2023

In this world of technology, smartphones have become an inseparable part of our lives. Today’s world is addicted to smartphones. Every portion of our lives stays there: office chores or the household.

Sources again say that will rise to 7.5 billion by 2026. People are already using smartphones, but there is still space for more to contribute to market growth.

According to the reports, there are 270 million smartphone users in the US, almost 81.6% of the population. This makes the US the country with the most significant smartphone penetration rate.

The countries with the highest number of smartphone users are the United States, China, and India. Also, the report says that worldwide, smartphone subscriptions may surpass six billion. Samsung and Apple are two leading technology companies among all others. 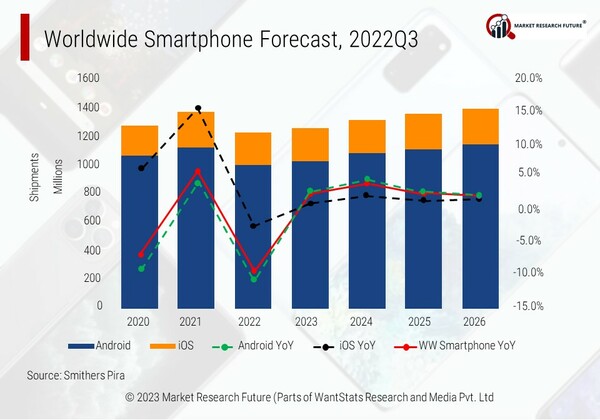