Wednesday saw the release of Meta's earnings, and as of today, the stock is down about 14%, trading at $130 per share. The stock has already lost seven years of gains and is down 73% from its all-time highs in 2021 because the company hasn't moved in this range since 2015.

After-hours trading saw a 19% decline in Meta shares as the largest social media platform in the world joined other Big Tech companies in warning that the economic downturn was hurting their advertising businesses because companies were spending less on marketing.

Compared to analysts' projections of $32.2 billion in revenue for the current quarter, Meta said it anticipated revenue to be in the range of $30 billion to $32.5 billion. According to S&P Capital IQ, net income in the third quarter decreased by 52% to $4.4 billion, falling short of $5 billion in consensus projections. After a 1% dip in the previous quarter, revenues dropped 4% to $27.71 billion, the slowest growth rate since becoming public in 2012. That was marginally better than analysts' predictions of a 5% decline.

The company faces "near-term issues on revenue," according to Mark Zuckerberg, Founder and CEO of Meta. Still, he added, "the fundamentals are there for a return to better revenue growth."

Zuckerberg increased his bets on his stakes during a conference call with analysts, including creating a short-form video format to compete with TikTok, business messaging, and the Metaverse. He tried to persuade investors that their investments would be profitable in the long run.

However, he added that the technology would assist increase views of its short-form video format, for example, and that investment in its artificial intelligence skills contributed to a rise in capital spending.

The company's metaverse division, Reality Labs, saw revenues drop by almost 50 percent to $285 million in the third quarter while losing $3.7 billion instead of $2.6 billion. Investing in the Metaverse is not paying off right now. In 2023, Meta predicted that the division's operating losses would "increase dramatically year over year."

Investors have questioned Meta, which quickly added staff during the Covid-19 outbreak, for aggressively investing in Zuckerberg's plan to create the Metaverse, a virtual world inhabited by avatars. Meta is working on virtual and augmented reality, and this project is not expected to yield results for several years.

Fears of a recession and rising inflation have hurt Meta and other tech companies. Microsoft and Alphabet, the parent firm of Google, have also let investors down with their third-quarter results.

Additionally, Meta has suffered with Apple privacy policy changes implemented in 2021 and undermined its major advertising model, which the company said would cost them a whopping $10 billion in 2022 advertising income. 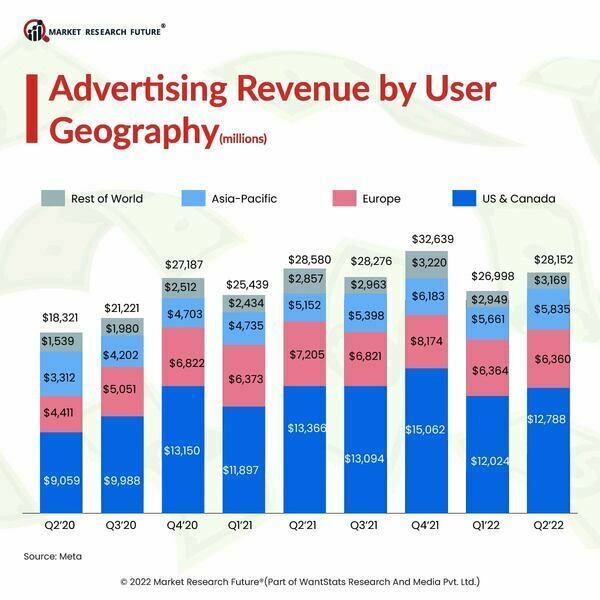