Ask for TOC Schedule Analyst Call Ask for Customization  Sample Request
Chronic Obstructive Pulmonary Disease (COPD) is a wide term used for progressive lung diseases which includes chronic bronchitis, emphysema, refractory asthma, and some forms of bronchiectasis. The symptoms of COPD includes recurrent coughing with or without sputum, difficulty in breathing, wheezing and tightness in the chest due to the blockage of lungs’ airways. More than 70 million people in the world are suffering from COPD as of 2015, majority of them being Americans.

For all the Chronic Obstructive Pulmonary Diseases, there is no cure but certain treatments help in improving quality of life of COPD patients. One of the effective treatments for COPD patients is COPD Inhalers. COPD inhalers can be further segmented into inhaler medicines and inhaler devices. Through inhaler devices, a medicine can be directly provided to the lungs, which is one of the most effective and quick treatment for COPD. This method of treatment also requires a smaller quantity of medicine as compared to that when one takes a medicine in tablets or liquid form.

The global market in terms of value for both inhaler devices and medicines is growing hand in hand as for the inhalation of medicines inhaling devices are required. According to the study conducted by MRFR analysts, the “Global COPD inhalers market is expected to reach ~$61.3 billion by 2022 with a compound annual growth rate of ~5.3% from 2016.” 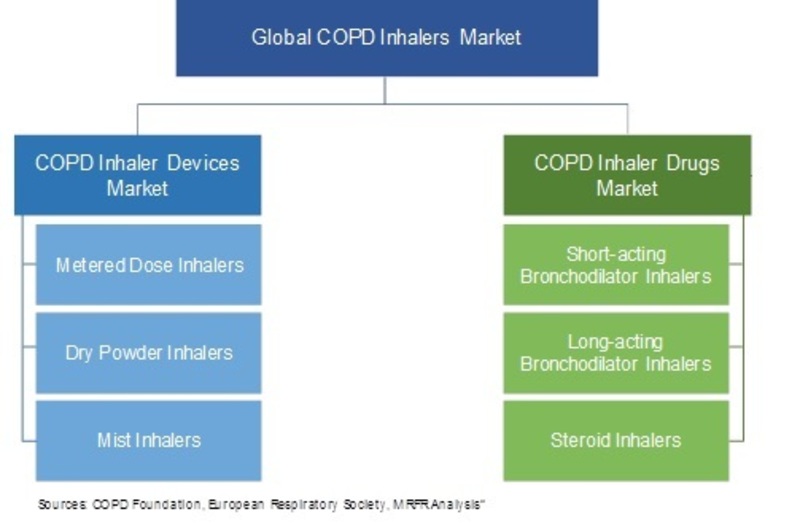 Many of the pharmaceutical giants are spending a large amount of fund on the research and development of COPD treatment. Currently, around 42 clinical trials are enrolling patients to study the efficacy and safety of COPD inhalers devices and inhaler medicines.

North America is recorded to be the largest and one of the rapidly growing markets due to increasing COPD cases. According to COPD foundation, there were around 30 million COPD people alone in America in 2015. The United States is one of the countries with highest number of COPD cases amongst other countries in North American region.

Following US Europe is the second-largest market in the world with the growing incidence of disease in the countries such as UK, France, Germany and Belgium. In Europe alone, about 55% of these total studies are conducted, UK being at the top of this list is conducting highest number of clinical trials along with Netherlands, Germany, Denmark, Belgium, Finland, Romania and other EU countries.

APAC followed by the Middle East and Africa are the growing markets in this industry due to increasing number of ageing population, a large number of COPD population, rising tobacco consumption and increased number of smoking population (COPD Foundation, 2017). 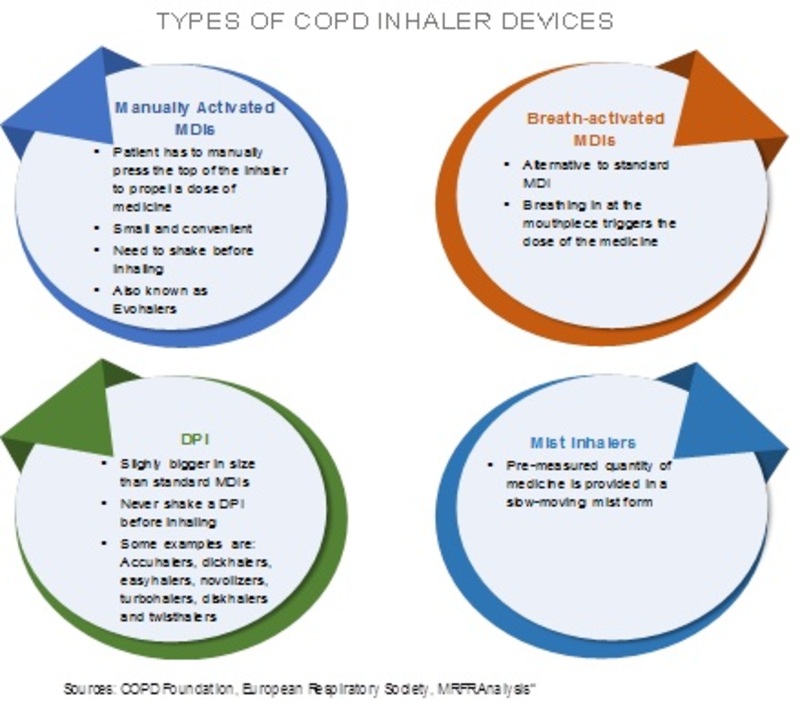 Based on the current situations in the field of COPD therapeutic area, a good amount of research is going on by major pharmaceutical companies to find out the best possible treatment options for COPD. However, there is a dearth of focus on indirect treatment options such as COPD awareness campaigns and pulmonary rehabilitation canters. All the leading players in the industry can come up with such pulmonary rehabilitation centres as a part of their CSR activity which would help in the early detection of COPD. This initiative would also be useful for their branding and would clearly increase the treatment options for COPD patients giving them a better life.

Furthermore, with growing incidence cases, various studies conducted by WHO and national health authorities in various countries, COPD has come up to be one of the alarming cause of death all over the world, which soon needs to be taken under control. The governments of various countries, NGOs and research foundations are actively participating in this research area to provide some sort of solution to the affected population. Although the incidence cases of COPD are growing year on year, there is a hope of cure with the increasing research and development in this therapeutic area.

Market Research Future introduces about the global COPD inhaler market for the period 2014-2022 mainly includes growth drivers, trends, restrains and how the market will grow in the future across the globe. In report, Market Research Future has focused on the current market scenario which includes market segmentation, market dynamics and competitive landscape along with company profiles.