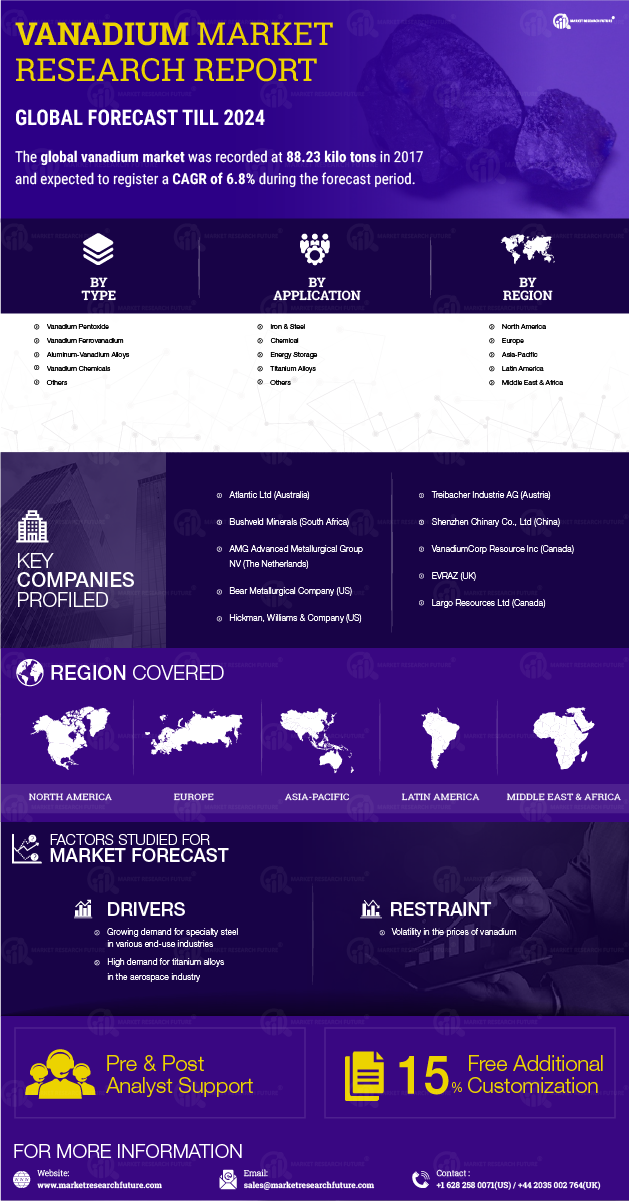 Vanadium Market is projected to be worth USD 4 Billion by 2028, registering a CAGR of 5% during the forecast period (2021 - 2028).Many impacts pave the way for the growth of the vanadium market. The main reason for the growth of the vanadium market is because of its beneficial properties like ductile and malleable transition metal which is used in many industries. It is found naturally in the fossil fuel deposit. China is the dominating country to produce vanadium.

It is expected that the growth of the vanadium market will be great in the future because of its uses in the automobile industry. To talk about its chemical nature its atomic number is 23 and which will be written as "V" in the chemical form. The colour of the Vanadium is like silver grey. Its nature is a hard, ductile and malleable transition metal. The vanadium is been produced as the secondary product of uranium mining or from the steel smelter slag and also from the flue dust of heavy oil.

As china is dominating country in vanadium production, mainly for the construction, steel application. Due to the spread of the pandemic, everything was halted. It is expected that all the losses faced by the sectors are recovered in the upcoming years.

In recent days even government schemes have also preserved the vanadium and increased the demand for the production of the vanadium because of its beneficiary activities.

Though there are many beneficiary reasons available in the use of the vanadium, still on the other side there are serious health effects such as kidney damage if it is consumed in large amounts. Even it is also unsafe for kids to consume the vanadium. Though it is proved that it acts as the best solution for producing insulin and relieves from lowering the sugar level. But on the other side, it is expected to be toxic if it is consumed beyond the limit. So this fades away the vanadium market growth.

The overall growth analysis of the Vanadium Market is great because of its growing needs. Even in recent times, the growth of the vanadium is tremendous as it is been used in the automobile, medical and construction industries. Here are some of the usages of the vanadium, used in the crankshafts, bicycle frames, axles, and acts like insulin, used for curing diabetics, and also used in aerospace. So the investors are interested in investing their money in the manufacture of vanadium.

The growth of the vanadium market is been good after the spread of the pandemic. but it is expected to reach a tremendous height in the forecasting period. Due to many beneficiary activities in using the vanadium, the government in many countries has approved schemes to increase the demand and also to increase the manufacturing rate. The main challenge is the fluctuation of the cost of the raw materials and the cost of the vanadium. And also it is not suggested to be over-consumed or consumed by kids because of its toxic nature. As this may lead to kidney failure.


The Middle East and Africa

The Vanadium Market has different competitors. They are also planning to develop their market value after the spread of the pandemic. Due to the increase in the demand for vanadium products in recent times because the sectors have increased their manufacturing units. Due to the demand, the key players are wishing to collaborate with other manufacturing companies. They are also developing their company’s market value by increasing the production value and delivering the product on time. 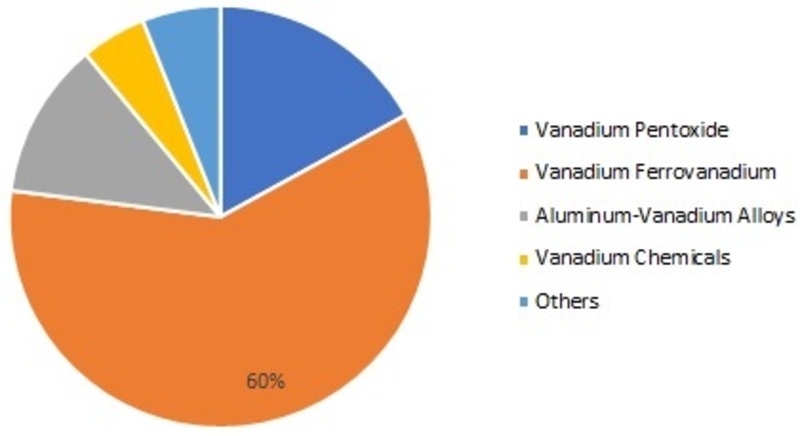 The Vanadium Market is been used in many regions, some of the main regions are the Asia Pacific, Europe, North America.

To talk about the major players of the vanadium market in the Asia Pacific region. This is because the countries like Japan, India, China are some of the top countries to produce and consume the vanadium for the steel industry. They also develop their market value by using many strategies.

Other regions like the Europe, South America, South Africa is expected to increase their manufacturing and consumption value in the future.


The manufacturing companies are trying to develop their manufacturing unit with new featured and advanced technologies. They are also planning to get collaborate and expand their companies in many regions so that they could able to work on new projects The developed companies are planning to expand their business in many regions to deliver the need on time to gain the trust of the customers As the need is increasing in recent times, the companies are also increasing their market value.

At what CAGR is the Vanadium Market predicted to grow during the forecast period?

Vanadium Market is predicted to grow at 5% through forecast period of 2021-2028.

What is the forecast period of Vanadium Market research report?

The forecast period for Vanadium Market research report is 2021-2028.

Which region will lead the Vanadium Market?

Who are the key players in the Vanadium Market?

Who are the end-users of the Vanadium Market?

The end-users are segmented into iron, steel, chemical, titanium alloys.

What is the beneficial usage of the vanadium?