The Global ReRAM Market is expected to grow from USD 310.6 million in 2018 to USD 655 Million by 2025, at a CAGR of 16% during the forecast period. Since the past few years, emerging non-volatile memory technologies such as resistive random-access memory (ReRAM) have been getting significant attention owing to its lower read latency and faster write performance. With the advent of artificial intelligence, high-performance computing (HPC), and IoT devices, a significant amount of data generated is dense and complex. In order to process this data efficiently, innovative memory technologies are needed. Semiconductor companies are adopting ReRAM to deal with the requirements of artificial intelligence and HPC as it can significantly reduce the energy consumption of modern systems while enhancing the performance. Thus, the need for high bandwidth, low power consumption, and highly scalable memory device for technologies such as AI, IoT, and big data is boosting the growth of the ReRAM market. Also, as ReRAM draws much less power than NAND flash, it is best suited for memory in sensor devices for industrial, and automotive applications. ReRAM is often cited as the logical replacement in applications such as solid-state drives (SSDs) and nonvolatile dual in-line memory modules (NVDIMMs) owing to its higher memory density, faster read and write speeds, and lower power requirement. Furthermore, the growing demand for emerging nonvolatile memory in connected devices is expected to fuel the growth of this market during the forecast period. However, as these memories rely on complicated switching mechanisms and exotic materials, it takes longer to develop. Also, the availability of alternatives like DRAM and flash is making it difficult for the ReRAM to get a foothold in the market.

ReRAM is a type of non-volatile memory that comprises memristor— whose resistance varies depending on the applied voltage. ReRAM has a great potential for high storage density, lower power usage, greater read and write speeds, and affordable cost than flash memory because of the thinness of memresistors. The two main types of ReRAMs available in the market are oxide-based ReRAM and conductive bridging RAM. At the moment, owing to its tremendous potential, ReRAM is on the verge of becoming a part of the digital mainstream.

The global ReRAM market has been segmented based on type, end-user, and region.

On the basis of type, the market has been segmented into oxide-based ReRAM and conductive bridging RAM.

Based on end-user, the market has been segmented into IT & telecom, consumer electronics, aerospace & defense, healthcare, and others.

The global ReRAM market, by region, has been classified into North America, Europe, Asia-Pacific, the Middle East & Africa, and Central and South America.

The global ReRAM market is projected to grow at a significant rate during the forecast period from 2019 to 2025. The geographic analysis of the ReRAM market has been conducted for North America, Europe, Asia-Pacific, the Middle East & Africa, and Central and South America.

Asia-Pacific is expected to hold the largest market share in the ReRAM market from 2019 to 2025. Within the region, China (including Taiwan) is the leading producer of electronic products and one of the key investment destinations for market players. Furthermore, it accounts for a significant share of ReRAM production. North America holds a significant share in the ReRAM market owing to the high concentration of market players, easy availability of proficient technical expertise, and growing adoption of ReRAM across major application areas. 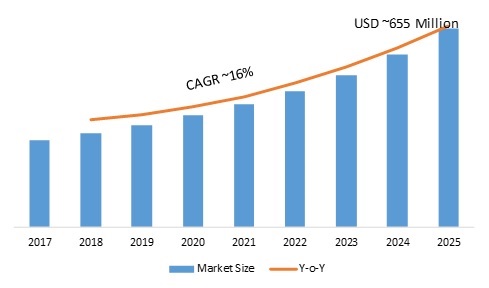 The prominent players in the ReRAM market are pursuing the launch of high-density ReRAM products as the key growth strategy to further increase their market shares. For instance, in 2019, Fujitsu Semiconductor Ltd in collaboration with Panasonic Semiconductor Solutions Co., Ltd launched an 8Mb ReRAM non-volatile memory that is effective for situation data read is more than data write out.

What are the reasons the consumers are leaning towards in the ReRAM market?

The lower read latency and faster write performance are expected to push the market to new heights in terms of its development.

What factors can dissuade the overall expansion of the ReRAM market?

The availability of alternatives like DRAM and flash is expected to create a hindrance to the growth.

Which region is appraised to influence the expansion of the global ReRAM market?

By CAGR, what is the development likely to be apparent in the ReRAM market?

A 16 % CAGR is expected to unlock the growth potential of the market.

Who are the participants in the ReRAM market?