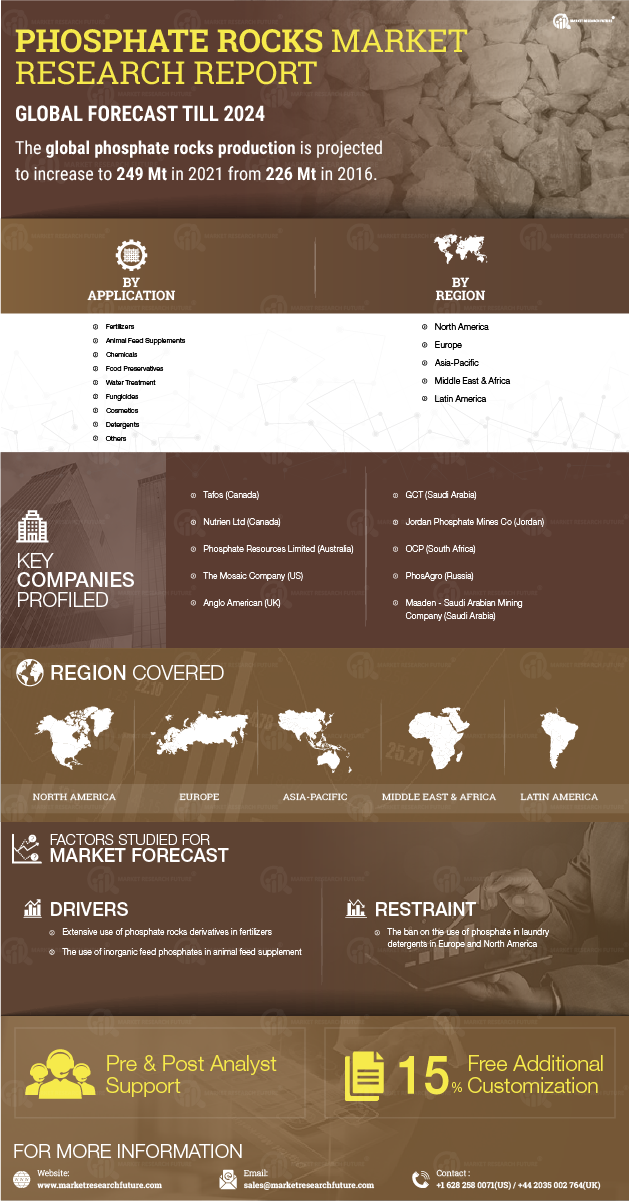 The growth of the market is majorly driven due to the extensive use of phosphate rocks derivatives such as phosphoric acid, ammonium phosphate, calcium phosphate, potassium phosphate, and others. The demand for phosphate rocks is dependent on the use of these derivatives in a wide range of applications. The major driver of the phosphate rocks market is its use in fertilizers, with Asia-Pacific being the major consumer. Moreover, with the rising population across the globe has increased the demand for basic amenities, i.e., food, clothing, and shelter. Rapid industrialization and urbanization across the globe have resulted in limited availability of arable land, which drives the demand for fertilizers in maintaining nutrients level of soil for crop production. Additionally, the use of inorganic feed phosphates in animal feed supplement is important as the phosphorus requirements ensure optimal growth, fertility, and bone development in the animals. It is also used in the production of dishwashing and laundry detergents. 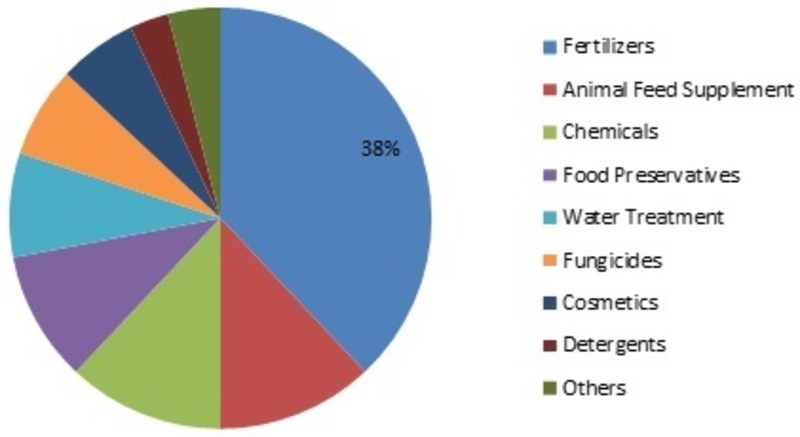 The global market, by region, has been segmented into North America, Europe, Asia-Pacific, Latin America, and the Middle East & Africa.

Asia-Pacific emerged as the fastest growing regional market for phosphate rocks in 2018 owing to the high demand from fertilizers, animal feed supplements, food preservatives, water treatment, cosmetics, and chemicals. The presence of major agricultural countries such as India, Malaysia, Thailand, and Vietnam in Asia-Pacific are driving the demand for phosphate fertilizers in the region.

The markets in North America and Europe are expected to witness slow growth during the forecast period due to the increasing adoption of bio-based products by manufacturers and consumers.

On the contrary, the markets in Latin America and the Middle East & Africa are projected to grow at a significant rate due to the increasing demand for agrochemicals and pesticides. This is due to the growing awareness regarding healthcare and production of food.

The global phosphate rocks market has been segmented by application and region.

On the basis of application, the global market has been segregated into fertilizers, animal feed supplements, chemicals, food preservatives, water treatment, fungicides, cosmetics, detergents, and others.

What was the global production capacity of Phosphate Rocks Market in 2016?

Production capacity of Phosphate Rocks Market stood at 246 Mt/year in 2016.

How much is the global production capacity of Phosphate Rocks Market is estimated in the future?

Production capacity of Phosphate Rocks Market is projected to increase to 270 Mt/year in 2021.

Which is the largest application segment in the global Phosphate Rocks Market?

Which region holds the largest share in the global Phosphate Rocks Market?

Who are the top players in the global Phosphate Rocks Market?

Phosphate Rocks Market is Increasing Use of NPK Fertilizers is Expected to Drive the Demand in Up...