Pet coke market is expected to grow at a CAGR 5.30% during the forecast period, says market research future (MRFR).  Petroleum coke is the solid residue left behind from oil refining. It comes in two grades: fuel grade and calcined grade. It is employed in a variety of industries, including power generation, building, and aluminum and other metals. The usage of petroleum coke as an energy source in power plants is strongly driven by rising worldwide energy demand. Another element boosting the petroleum coke market is the expansion of the cement and building industries. Globally, the industry is also being driven by technological advancements that have enhanced oil output.

Global rise in the supply of heavy oils and development in the cement and power generation industries are projected to fuel the global petroleum coke market's growth over the forecast period. The increase in steel manufacturing as a result of advancements in railways, highway construction, vehicles, and other modes of transportation has supplemented the rise of the petroleum coke market. Petroleum coke is widely employed in a variety of sectors due to its low ash level and low toxicity.

However, strict environmental laws regarding the usage of petroleum coke, owing to its high sulfur content, are expected to restrain the market's growth throughout the forecast period. Petroleum coke production is inextricably tied to oil production, as it is a byproduct of oil refineries. The market is extremely price sensitive, and global demand for petroleum coke is strongly dependent on competitive fuel prices. 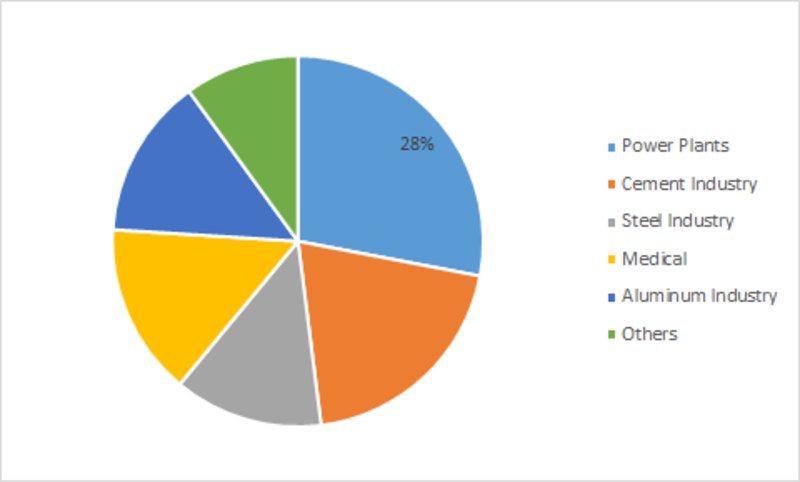 The pet coke market is segmented into five regions: Asia Pacific, North America, Europe, Latin America, and the Middle East & Africa. Among these, Growing urbanization and globalization in the region has substantially added to the growth of the market in this region. India and China are the major contributors to the growth of the market in the Asia-Pacific region. Moreover, the presence of the most populated economies has augmented the need for energy in the region which in turn has fuelled the demand for petroleum coke owing to its application in power generation. In addition to this, the demand from the oil and gas industry mainly in China and India is another factor positively affecting the market growth. The growing government investment in the construction sector has augmented the cement industry which in turn is adding to the growth of the pet coke market.

North America is another dominant region in the global market, exhibiting an expanding CAGR. The presence of the developed end-user industries is the major reason augmenting the growth of the market. Moreover, the growing oil and gas activities in the region is also adding to the market growth. The U.S. and Canada are the major countries attributing this growth. Furthermore, the growing investment in the development of infrastructure has augmented the demand for cement, hence increasing the demand for pet coke owing to its growing application in the cement industry.

The European region is a lucrative market and is mainly driven by a well-developed power generation and industrial sector. Moreover, the growing stringent EU regulations regarding the emission of greenhouse gases will further add to the growth of the pet coke market. In addition to this, the growing preference of petroleum coke over coal is also a dominant factor for the market growth.

What is the leading grade of pet coke?

What is the major product type?

Leading players in the market include Chevron, BP, and HPCL, among others.