Ovulation Test Market Information, by type (Urine Based Test, Saliva Based Test and others), by end users (Hospitals, clinics, diagnostic centers, fertility centers, home care, and others) - Global Forecast to 2027

There are different types of ovulation test kits available in the market, and these kits either use a sample of urine or saliva for the test of women’s hormones.  The global ovulation test strips market is showing rapid growth due to the increase in fertility rates across the world. Ovulation kits are easy to use, and they can be used without the help of a healthcare professional—these tests are used by women who are trying to conceive. In case of a positive ovulation test, the kit will identify the presence of hormones easily. The rising first-time pregnancy age among women is one of the major factors contributing to the expansion of the ovulation test kit.  Increasing awareness among people regarding the advantages of ovulation test kits will help to boost the ovulation test kits market in the forecast period.

Covid-19 pandemic was because of the coronavirus outbreak. Due to this, many countries were suffering from the financial crisis, and many businesses were going through tough times. Further, the imposition of lockdown by the government made things worse for both the public and private sectors. Only the healthcare sector was highly benefitted by this covid-19 situation. All the shops and business organizations were shut down apart from the healthcare sector. Due to the work-from-home culture, people mostly stayed at home, and they got a long break from their work. The break from their busy lives gave them the advantage to spend time with their family. At this time, the pregnancy rates got higher, and it had a positive impact on the ovulation test kit market. As local stores were open it there was no problem in the availability; however, the low production of ovulation test kits decreased the demand of the ovulation test market. The ovulation kit test market is expected to rise rapidly after the post-covid-19 situation. 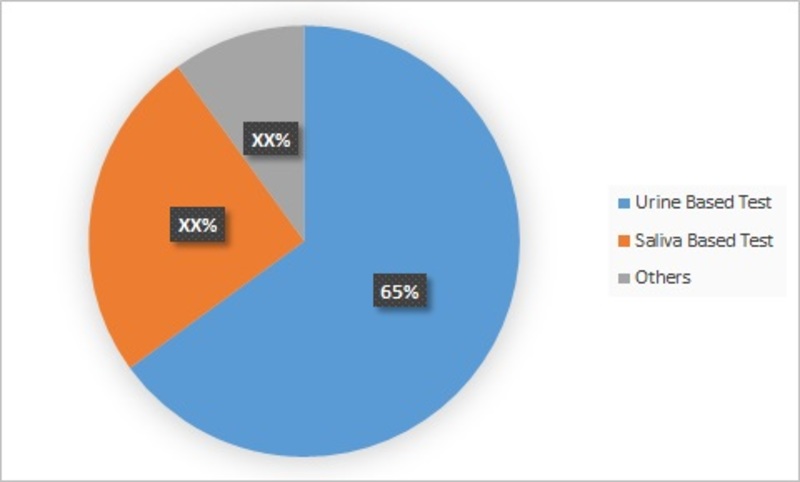 The lifestyle of people is changing over time, and now countries are developing economically. The increase in the per capita income of people and adoption of kits for ovulation and pregnancy testing will bring more opportunities for the ovulation test market. In past years people had to go to the hospitals for an ovulation test. With time the technology has changed, and now people can test from the comfort of their home. So, the increasing adoption of digital technology will generate more opportunities for the ovulation test market.

The ovulation test market is segmented on the basis of test type, application, and region.

The major key players in the countries are:

What was the value of the global ovulation test market in 2016?

The valuation of the global ovulation test market had reached USD 1000 MN in 2016.

How much is the global ovulation test market worth in the future?

The valuation of the global ovulation test market is estimated to increase to USD 2500 MN by the end of 2023.

At what CAGR is the global ovulation test market projected to grow in the forecast period (2017-2023)?

The global ovulation test market is projected to grow at 4.5% CAGR during the assessment period (2017-2023).

Which region holds the largest share in the global ovulation test market?

North America holds the largest share in the global ovulation test market, followed by Europe and the Asia Pacific, respectively.

Who are the top players in the global ovulation test market?