Neuropathic Pain Market is projected to be worth USD 28,778.20 million by 2027, registering a CAGR of 6.3% during the forecast period.

The COVID-19 disease had an immeasurable impact on the Neuropathic Pain Market all around the world. The outbreak had a crucial effect on the patients because any viral infection can severely impact the nervous system, further increasing any neurological complications.

When the whole world was under lockdown, only the medical industries such as biotechnology, pharmaceuticals, etc., were the only ones who were constantly operating to save patients' lives and provide necessary medicines to the patients. The Market has emerged as the essential and inseparable part of our lives.

In Neuropathic Pain Market, the diabetes is one of the leading causes of increased neuropathic pain. The second main cause of neuropathic pain the deadly disease called cancer. As per World Health Organisation (WHO) reports, in 2014, there were about 422 million people who were suffering from diabetes.

The vast population is also considered as one of the primary critical drivers of the market. Also, better treatment facilities, improvement of healthcare systems, rise in demand of neuropathic pain and significant investments by pharma companies, improvement in quality of drugs, and numbers of pain management systems will push the market in a positive direction.

Market indicates an increase of awareness related to neuropathic pain in countries like China and India has also expanded pain management centers. The government approves various drugs for the treatment of neuropathic pain. Some pain-relieving medicine is Lyrica produced by Pfizer, Lamotrigine made by GSK, and Topamax by Johnson and Johnson.

According to Neuropathic Pain Market will observe lucrative growth for its constant Research and development. It is expected that adopting nanoparticles in neuropathic medicines will be beneficial for people and the market. The products or drugs related to neuropathic pain will uplift the market to a new level in the coming years.

Neuropathic pain is caused due to damage or any disease that directly affects the nervous systems. These are common diseases, but it is poorly treated around the world due to lack of awareness. New technologies and developments of drugs to cure neuropathic pain will have an excellent opportunity for the growth of the market.

The Neuropathic Pain Market is highly competitive. People are still not aware of this disease and its cure. A large section of the group may not be able to buy these drugs due to high costs. According to a report by the International Diabetes Federation (IDF), the number of diabetic patients will increase to 700 million by 2045. The market will relatively flourish in those times, but it also has its side effects that can even lead to death.

Neuropathic Pain Market says that possible restraints for the Market that may obstruct the growth is incomplete pain relief and side effects of medicines. For example, intake of solid opioids such as oxycodone for treating neuropathic pain lowers down the pain for a minimal amount.

Also, the intake of a regular dose of such pain-relieving medicines will remain a significant concern among the consumers. Regular intake of steroids and opioids may have severe complications like kidney failure, lung damage, or even heart attack.

The rise of diabetic patients is growing very rapidly. The companies are focusing on making health-conscious drugs that provide relief from neuropathic pain. Several factors such as increased neuropathic pain caused by chemotherapy and carpal tunnel syndrome among people will increase help the market grow. The Neuropathic Pain Market will grow at a CAGR of 6.3% by the year 2027 and will touch USD 28,778 million by the year 2027.

In the Neuropathic Pain Market, the market players will be benefitted from various growth opportunities. It is estimated that Research and development will help to grow the Market. The prominent market players concentrate on conducting clinical trials and enhancing technology and pain-relieving drugs for the patients. 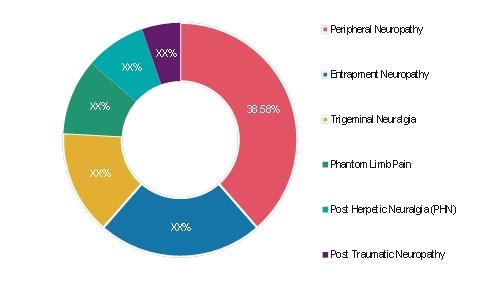 The Neuropathic Pain Market is divided into these segments- 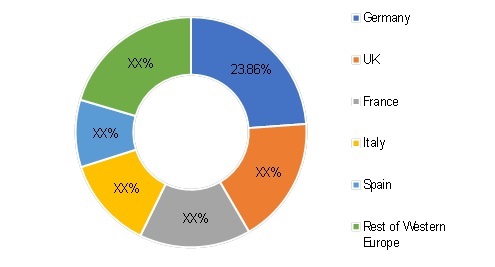 The countries in North America and South America comprised a total market value worth of USD 6,645.09 million in the year 2019. It is predicted that it will reach a CAGR of around 5.6% during the forecast period. The increasing number of disorders related to neuropathic pain, technological developments, and rise in awareness are the main factors of the Neuropathic Pain Market growth.

The neuropathic pain market in Western Europe has been divided into France, UK, Germany, Spain, Italy, and other European countries. The Asia-Pacific region is segmented into India, Japan, Australia, China, South Korea, and other countries in the Asia-Pacific region. The Market in the Middle East and African region is divided into the Middle East and Africa.

The major companies in the global Neuropathic Pain Market are coming with new solutions and strategies to provide benefits to the market, such as acquisitions, collaboration, expansions, joint ventures, and approvals.

In the year 2020, CODA Biotherapeutics has collaborated with Facial Plain Research Foundation for Research and Development on new Neuropathic Pain therapies by using the gene therapy platform of Coda.

In the year 2018, in January, NeuroMetrix Inc. announced its collaboration with U.K.-based GlaxoSmithKline, which is also among the largest healthcare companies. Together they established a company called Quell Wearable Plan Relief Technology.

In the year 2019, Abbott, a U.S.-based company has announced that the Food and Drug Administration (FDA) of the U.S. approved its Proclaim X.R. recharge-free neurostimulation system, especially for people suffering from chronic pain diseases.

The Neuropathic Pain Market is segmented into these categories-

At what CAGR is the global neuropathic pain market projected to grow in the forecast period (2018-2023)?

Neuropathic pain market projected to grow at approximately 6.06% CAGR during the assessment period (2018-2023).

How much is the global neuropathic pain market worth in the future?

The valuation of the global neuropathic pain market is estimated to increase to USD 8,017.43 MN by the end of 2023.

What are the major tailwinds pushing the growth of the global neuropathic pain market?

Which region holds the largest share in the global neuropathic pain market?

North America holds the largest share in the global neuropathic pain market, followed by Europe and the Asia Pacific, respectively.

Who are the top players in the global neuropathic pain market?