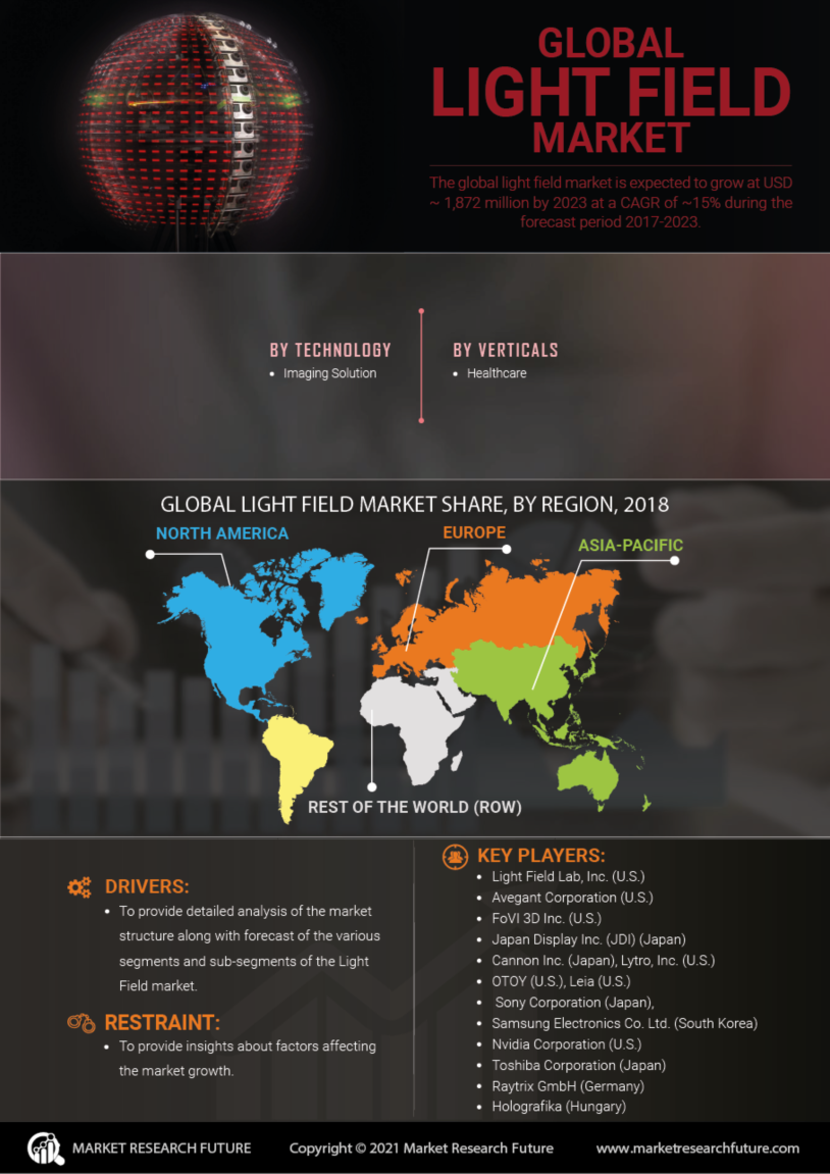 The light field market is expected to grow at USD ~ 1,872 million by 2023 at a CAGR of ~15% during the forecast period 2017-2023.Companies such as Light Field Lab, Inc. (U.S.), Avegant Corporation (U.S.), FoVI 3D Inc. (U.S.), Japan Display Inc. (JDI) (Japan), and Lytro, Inc. (U.S.) are the leading providers of light field solution in the global market. The factors driving the light field market growth are artificial intelligence, 4D technologies, and others. On December 2017, Alibaba Group Holding Ltd. has paid in advance for research and development on light field technology and artificial intelligence, to Plex-VR Digital Technology, a Shanghai-based light field Tech Company. Furthermore, next generation virtual reality is boosting the growth of market to a large extent. Next generation virtual reality is used to capture real-time virtual reality content where volumetric capture techniques are used to capture a high resolution full scape scene.

March 16, 2018, Google Inc. is investing into light field technology to reach to new height on this technology. With research on virtual reality, Google is using 13 GoPro cameras to capture images, which have a light field effect. 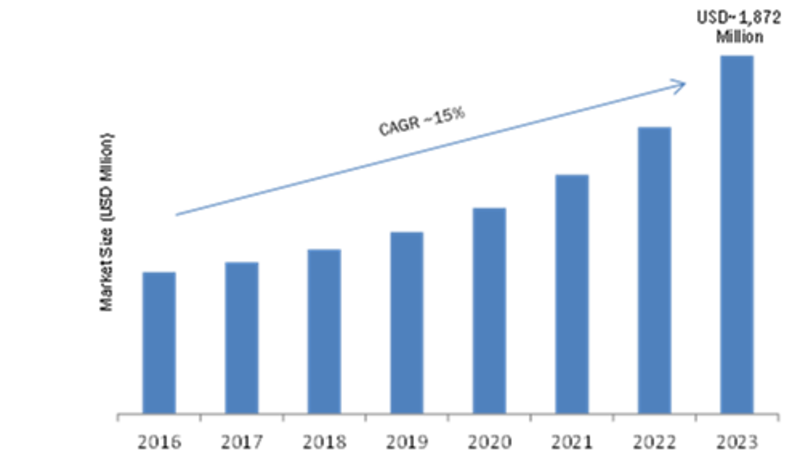 The regional analysis of light field market is studied for regions such as Asia-Pacific, North America, Europe, and Rest of the World. North America is the leading region across the world in terms of market share. The  market in this region has a huge demand due to the increasing adoption of machine learning technologies and artificial intelligence, which are propelling the market growth to a large extent. The market in Europe is expected to witness rapid growth in the forthcoming period due to increasing penetration of advanced technology-based photographic devices among users in these region. Whereas, Asia-Pacific countries, such as China, Japan, and India, are the emerging markets, which are expected to grow at the highest CAGR in the coming years.

The global light field market is expected to reach USD 1.87 billion by 2023.

The global light field market is expected to exhibit a strong 15% CAGR over the forecast period from 2017 to 2023.

The development of next-generation virtual reality technology is a major driver for the light field market.