The Global Isotretinoin drugs market is growing at the CAGR of 4.68% during the forecast period and expected to reach USD 1567.1 million by 2027.

The growth of the global isotretinoin drugs market can be attributed to the increasing prevalence of acne among teens, young adults, and rising prevalence of neuroblastoma. Furthermore, the introduction of micronized formations for severe recalcitrant nodular acne treatment provides opportunities for market growth in the future. However, concerns relating to drug side-effects is anticipated to hamper the global market growth.

The COVID-19 pandemic had disrupted the supply chain and interrupted the entire value chain of the isotretinoin drugs market, from raw material procurement to manufacturing, packaging, and distribution. This was due to several factors, such as supply chain disruptions and the increased theoretical risk of contracting the virus while on isotretinoin medication. Furthermore, as it became mandatory for people to wear masks to contain the spread of the virus globally, is has also led to a flare of acne cases due to prolonged mask usage.


The prevalence of acne can be accelerated among the population due to factors such as certain medications, unhealthy diet, and stress. These factors lead to excess oil production that is clogged hair follicles. The clogged oil is infected by bacteria further causing inflammation. In addition, the rising occurrence of a severe type of acne such as cystic acne is advancing the demand for isotretinoin drugs. Similarly, the subtypes of acne such as cysts, nodules, pustules, whiteheads, and blackheads are observed among teens and young adults. Another factor reported for the cause of acne was the genetic makeup of the individual. According to the British Association of Dermatologists acne has affected more than 9.4% of the global population that making it the eighth predominant disease in the world. The association stated that the boys are frequently affected with severe forms of acne. Additionally, according to the survey conducted by the European Academy of Dermatology and Venereology, the individuals affected by acne preferred topical creams for treatment. This is creating opportunities for market players to develop new isotretinoin topical creams and lotions. These parameters are expected to advance the sales of isotretinoin drugs throughout the globe.


The intake of isotretinoin medication poses health risks among pregnant women. The drug can cause several birth defects such as the cleft palate and congenital heart defects among others. In addition, miscarriage and stillbirth are some of the major side effects triggered by the consumption of the isotretinoin drug. Other complications hindering the isotretinoin drugs market include dry skin, severely chapped lips, nosebleeds, dry and irritated eyes, and dry mouth. The medication was also reported to cause temporary side effects such as worsening of acne, night blindness, thinning hair, and muscle or joint pain. Similarly, rashes, stomach problems, and unhealthy cholesterol levels are the rare possible side effects that individual experiences during the intake of isotretinoin drugs.

The global isotretinoin drugs market is expected to witness a steady growth rate during the study period. This is due to the rising prevalence of acne and skin cancer. The market growth is further supplemented by the rising adoption of unhealthy lifestyles globally. The value chain analysis for the isotretinoin drugs market comprises five major components, starting with the research & product development, followed by the product manufacturing, distribution, sales, and finally ending with post-sales services.


Isotretinoin capsules are a highly effective acne treatment. However, because this medication can have serious side effects, it must be prescribed and monitored by a specialist doctor. Roaccutane and Rizuderm are two brand names for isotretinoin capsules. Isotretinoin capsules treat severe acne by lowering the amount of natural oil produced by your skin, decreasing the possibility of blocked pores. In addition, the medication kills the bacteria that cause acne and relieves redness and soreness.


Isotretinoin steroid injections are mostly used to treat acne that causes painful lumps beneath the skin's surface (nodules and cysts). On their own, these conditions can take weeks to resolve. Steroid injections reduce pain, flatten lumps, and allow the skin to clear up acne and other skin diseases conditions. Steroid injections are typically used as a short-term or sporadic treatment for stubborn cysts and nodules. Due to the potential side effects and the need for frequent doctor visits, they are not used to treat widespread acne.


Severe acne is a common dermatological condition that affects most high school students based in the US. According to a recent population-based study, the prevalence of severe acne in teenagers in the US rises steadily from 1.7%at age 11 to 12.1%at age 17. A variety of co-morbid conditions, including depression, anxiety, insomnia, and attention deficit disorder, have been related to severe acne. The increasing prevalence of skin diseases is a major driving force in the global market for isotretinoin drugs. Acne vulgaris is quite common, and chronic acne disease is prevalent among many.


A mutation in the ABCA12 gene causes Harlequin Ichthyosis, a severe autosomal recessive congenital disease. Neonates frequently exhibit distinguishing physical characteristics such as cracked plates of thickened skin and irregular facial features. It is a rare disease, with a projected incidence of 1 in 300,000 live births. The disease is frequently fatal, with infants often dying within a week. However, the number of survivors is increasing due to improved neonatal care and, most likely, the earlier introduction of oral retinoids.


Xeroderma pigmentosum is a rare disorder that affects one in every million people in the US and Europe. The condition is more prevalent in Japan, North Africa, and the Middle East. According to a study published in the New England Journal of Medicine, high-dose oral isotretinoin (2 mg per kilogram per day) is effective in preventing the formation of new skin cancers in patients with xeroderma pigmentosum. Furthermore, discontinuing therapy resulted in a rapid reversal of the chemoprophylactic effect in three of five patients.


Fibrodysplasia ossificans progressiva is a disease wherein muscle and connective tissue, such as tendons and ligaments, are replaced by a bone (ossified), resulting in an extra-skeletal or heterotopic bone that limits movement. Currently, there is no treatment for Fibrodysplasia Ossificans Progressiva (FOP). On the other hand, corticosteroids and isotretinoin can help minimize the tissue swelling and intense inflammation seen in the early phases of fibrodysplasia ossificans progressive (FOP).


The hospital pharmacy services are critical in ensuring that medicines are available and used safely and effectively by informed patients and professionals, both inside and outside the hospital. Moreover, hospital pharmacies currently account for around 20–25% of hospital revenue. The division is in charge of drug and medical device procurement, inventory management, drug dispensing, and patient counseling. Some hospitals, however, use their pharmacy services in other clinical processes as well. This role is undoubtedly evolving, and with the implementation of a value-driven strategy, it has the potential to evolve even further.


Retail pharmacies are one of the most important sources of pharmaceutical advice in developing countries. Clients cite ease of access, availability of medicines, quality of service (no waiting and convenient hours of operation), and cheaper products, credit availability, or the option to buy drugs in small amounts as reasons. In 2020, the total sales of pharmacies and drug stores in the US were estimated to be around USD 300.86 billion.


The convenience and familiarity of online purchasing have prompted many patients to seek virtual care medications and wellness options. This has increased the need for online pharmacies to advertise more and acquire more customers via digital platforms. The COVID-19 pandemic has ramped up this shift, as most healthcare professionals and patients have adapted to purchasing medications online.

The global isotretinoin drugs market has been segmented, on the basis of region, into North America, Europe, Asia-Pacific, and the Middle East & Africa. 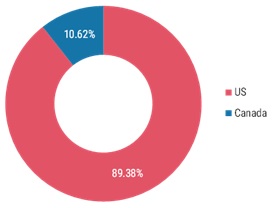 The North America accounted for a market size of USD 468.76 million in 2020 and is expected to exhibit a 5.06% CAGR during the study period. The isotretinoin drugs market is growing in the region due to developed healthcare infrastructure, favorable government regulations, rising prevalence of various skin problems, genetic disorders, and cancer, as well as increased R&D investment.

The Asia-Pacific isotretinoin drugs market is expected to grow at a CAGR of 6.18% between 2021 and 2027. The presence of several market players in the region, such as Sun Pharma company (India) and Dr. Reddy’s Laboratories Ltd (India), is driving the regional market growth. Additionally, due to the increase in funding from investors, the use of isotretinoin is continuously rising among the users in more disadvantaged areas, with Asia seeing a proportionally higher increase in use.

The global isotretinoin drugs market is characterized by the presence of many global, regional, and local vendors catering to the demand created by a rapidly advancing healthcare industry. The market is highly competitive, with players competing and collaborating to gain a substantial share of the global isotretinoin drugs market. The growth of market vendors is dependent on market conditions and industry development. Thus, vendors should focus on regional expansion and product improvement. It has also been predicted that improving the global economic scenario and increasing efforts to enhance infrastructure could fuel market growth, making it an ideal time to launch new products and increase the global footprint.

What are the growth opportunities in the isotretinoin drugs market?

Research and developments and new product launches are new strategies in the market.

Who are the key players of the isotretinoin drugs market?