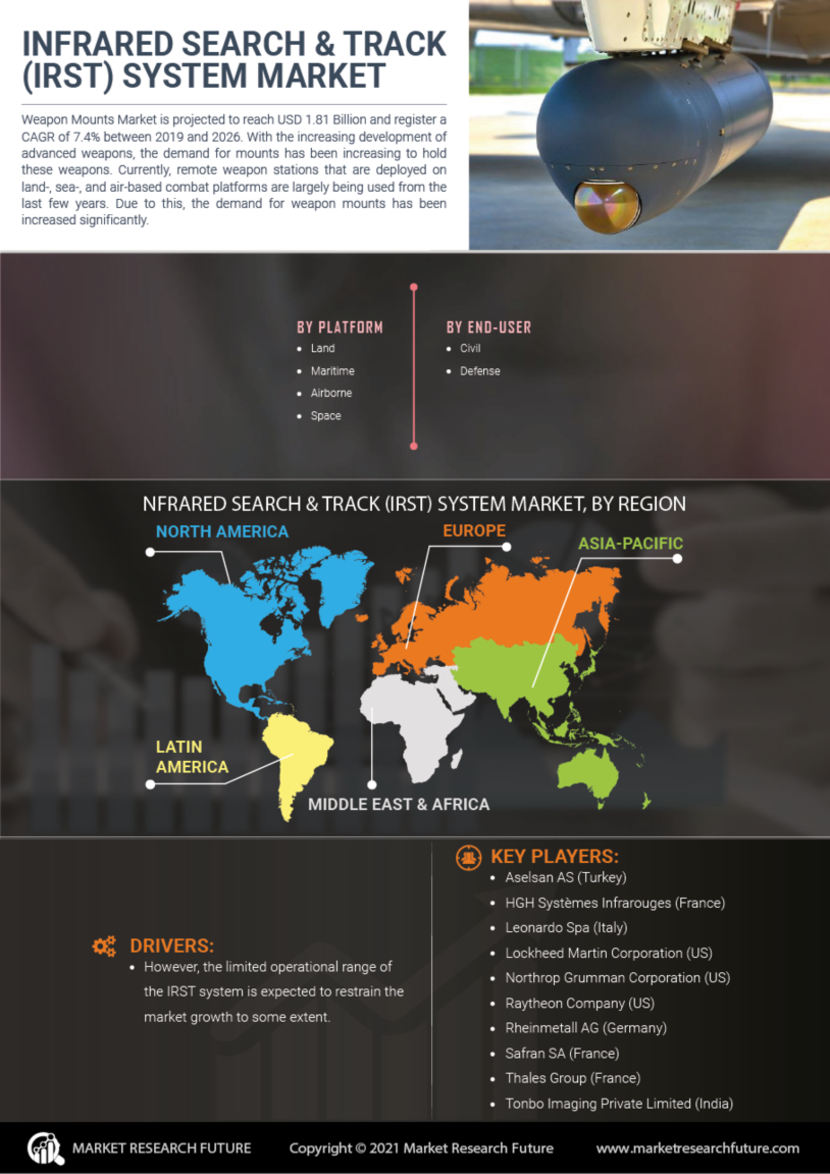 Global Infrared Search & Track (IRST) System Market is projected to reach USD 7.03 Billion, with a CAGR of 5.6% between 2019 and 2026. The IRST system track threats at long ranges and is widely used by civil and military end-users. IRST systems track and detect jet aircraft, UAVs, and helicopters and are land, maritime, airborne, and space-based objects that emit electromagnetic radiation.

The global infrared search & track (IRST) system market has witnessed high growth in recent years owing to the increasing need for enhanced situational awareness, increasing defense expenditure, and enhanced security and immunity over radars. However, the limited operational range of the IRST system is expected to restrain the market growth to some extent.

What is the projected market value of the Global IRST Market?

Global IRST Market is expected to record a substantial market valuation of USD 7.03 billion by 2026.

What is the estimated growth rate of the Global IRST Market?

Global IRST Market is projected to register a moderate 5.6% CAGR in the forecast period.

Which platform is expected to witness the highest growth?

The land segment is expected to observe substantial demand over the review period.

What is the end-users segment of the Global IRST Market expected to witness the highest growth?

The civil segment is slated to expand as the fastest-growing segment.

Who are the significant players operative in the Global IRST Market?