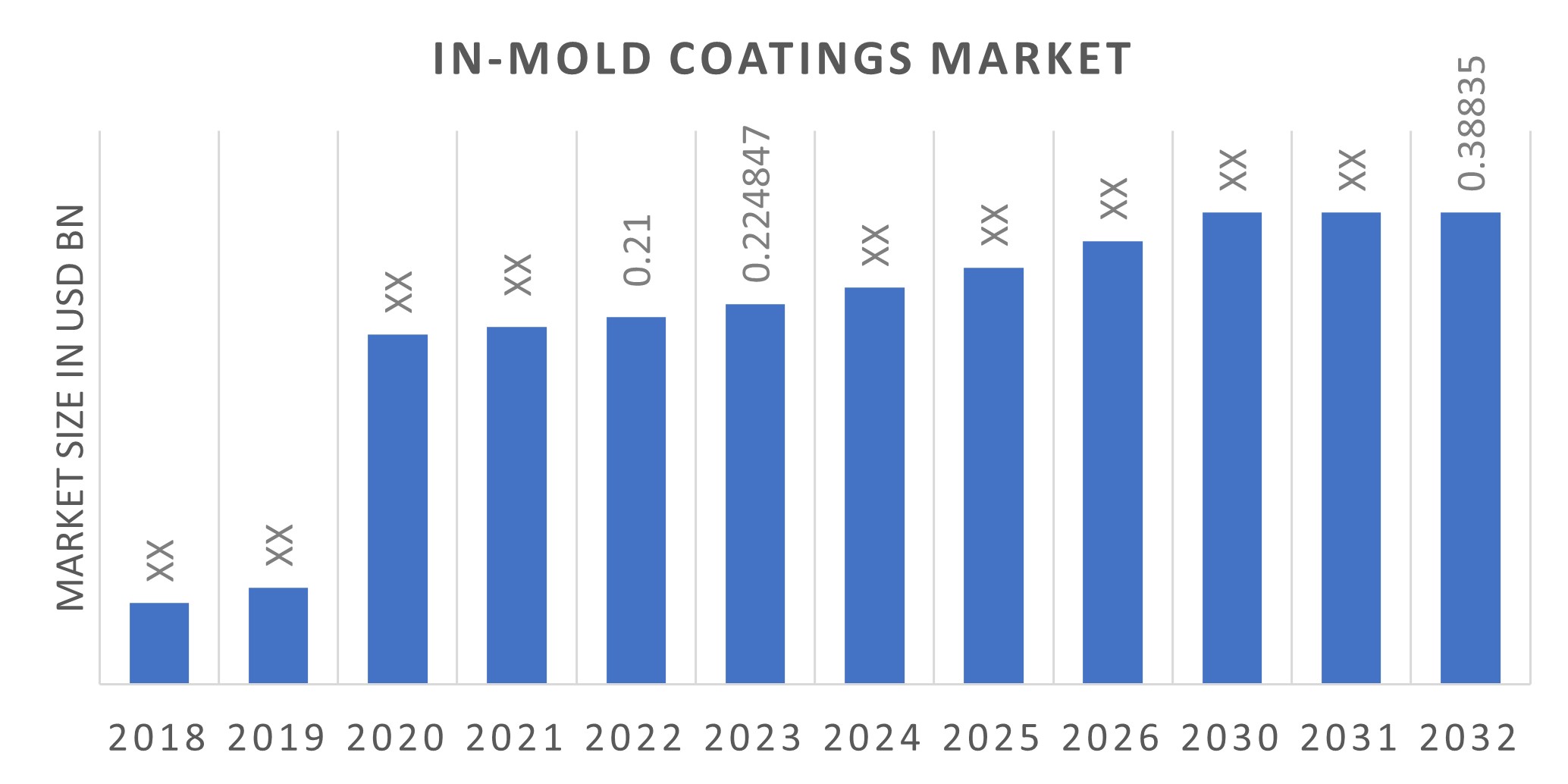 In-mold coatings are applied when the plastic moldings are created. This is the best way to use it.

COVID-19 Analysis:COVID-19 became a global nuisance last year. Though the majority of people recovered from this virus with few problems, a small minority were hospitalized. Of that population, a very small percentage died because of it. However, it soon became clear that COVID-19 was more than a nuisance because it caused many symptoms in people who had it long after they recovered. Also, since the antibodies only lasted 3 months, those who had it and recovered could get it again.

Market DynamicsDrivers:The automotive industry relies on in-mold coatings for its many vehicles. The increased demand for in-mold coatings has been a key driver of growth for the in-mold coatings market. The automotive refinishing market is growing dramatically as more and more people want to buy used cars (they can’t afford to buy new cars) in the West. This is another key factor that is driving growth in this market.

More and more people are criticizing and scrutinizing automobile and vehicle manufacturers for volatile organic compounds (VOC) and vehicle efficiency. The vehicle manufacturing industry is responding by using products that are safer for people and the environment. This is also a driving factor for growth in the in-mold coatings market.

Governments are regulating volatile organic compounds and their usage more stringently. This is also a huge driver of growth in this market.

Automobile companies currently use in-mold coatings to design the plastic parts of the insides and outsides of cars and other vehicles. This makes them stronger, flexible, and more durable. They wear out less and increase the overall life expectancy of the vehicle.

Many governments around the world are imposing stricter regulations and guidelines in terms of the types of coatings that can be used in vehicles. This is pushing automobile manufacturers to use in-mold coatings as much as possible. These don’t weigh much and are highly efficient in terms of protecting the vehicles from wear and tear. They also protect passengers and the driver by cushioning the impact in vehicle crashes and collisions.

Many people in developing nations, and especially in Brazil, Russia, India, and China are getting richer. They want to drive vehicles as a result. This is resulting in more car sales which spurs the demand for in-mold coatings.

Cumulative growth analysis: The CAGR for the in-mold coatings market is projected to be 7.07% until the end of 2030.

Technology Analysis:Sherwin Williams is an American company. It has invested heavily in research and development to come up with a new generation of in-mold coatings products for use in the automotive sector. One of its new products in this end is a paint called ULTRA BC8. This works wonders because it makes cars look shinier and more attractive while protecting their bodies.

Sheet molding compounds are in high demand because they keep moisture out of the surface of cars. This prevents them from rusting. It also increases their life dramatically.

By type:The different types of in-mold coatings are as follows:  water-based IMC, powder solvent-based IMC, and other types. Water-based solvents had the highest CAGR. They also had the greatest market share. Its CAGR is expected to be more than 7.07% by at least the end of 2030. More and more governments and regulatory agencies/bodies around the world are passing strict regulations and guidelines that limit the amount of VOC that vehicles can have. Since in-mold coatings have a relatively low VOC, they are becoming the material of choice. Components with less VOC content help lower the total amount of emissions that vehicles emit.

The CAGR for the automotive and transportation segment is expected to be the highest of all of the segments. The demand for used cars is growing dramatically in developed nations. The demand for new two and four-wheel vehicles is fueling growth in developing nations. This is spurring the demand for in-mold coatings as manufacturers struggle to find materials that are light, efficient, and affordable. Their objective is to keep the costs of manufacturing these vehicles as low as possible so that they can pass the savings on to the end customer.

By region:The in-molds coatings market can be broken down into the following regions:


The Asia-Pacific region had the highest in-mold coatings market share at 41% as of 2018. The culprit behind this was the rapid industrialization, modernization, and urbanization of India, China, and the other nations in the region. The CAGR for this region is also expected to be the highest of all of the regions.

China had the lion’s share of the Asia-Pacific market share. It also registered an impressive CAGR of more than 9%. This CAGR is expected to continue until at least the end of 2030. Japan came in second place and India came in third place.

Competitive Landscape:The in-mold coatings market is highly competitive despite significant barriers to entry. The fact that the market is very lucrative is encouraging competition. Companies are finding that they must spend heavily on research and development in order to survive. They are also forging partnerships with other companies and they are merging with and acquiring other companies with strong market shares and bases in strategic markets and regions. The objective is to try to retain and grow market share in existing markets. These companies also want to enter new markets easily.

Sherwin-Williams is an American company that remains a leader in the in-mold coatings market. It has survived through innovation through heavy expenditures in research and development. This has allowed the company to make many new innovative products that have useful applications and sell at high price points.

Jun 2021 - Element Xtreme Coatings, a unique in-mold coating developed for exterior durability, flexibility, and adhesion when applied to infused, epoxy-based composite parts, has been launched by ODG Composites LLC (Saginaw, Texas, United States). Traditional gel coatings can account for 15-25 percent of total component weight depending on part size, according to the founder of ODG Composites. When sprayed directly into the mold before infusion and cure, Element Xtreme is estimated to save up to 50% of the weight of gel coatings. Because of the hardness of Element Xtreme, less coating is required. Element Xtreme is built to last, with long-term protection in moderate to harsh settings, as well as resistance to freshwater, saltwater, and a variety of chemicals and gases, as well as abrasion and moisture resistance.Stahl holdings recently acquired OEM Nu Tech’s research and development facilitiesSherwin Williams launches a spray your way contestSherwin Williams attends the EcoLean Level 1

Report Overview: The in-mold coatings market is growing at a CAGR of 7.07%. It’s widely used in the automotive industry. Because of increasingly strict regulations from governments around the world, in-mold coatings are the material of choice because they’re easy on the environment, they’re economical and effective, and because they increase the life expectancy of the vehicles that they are used in by making them more durable.

What was the value of the global in-mold coatings market in 2030?

At what CAGR is the global in-mold coatings market growth projected to accelerate during the forecast period (2020-2027)?

Which is the largest end-use industry segment in the global in-mold coatings market?

The automotive segment by end-use industry dominates the global in-mold coatings market in terms of consumption and revenues.

Which region holds the largest share in the global in-mold coatings market?

Who are the top players in the global in-mold coatings market?